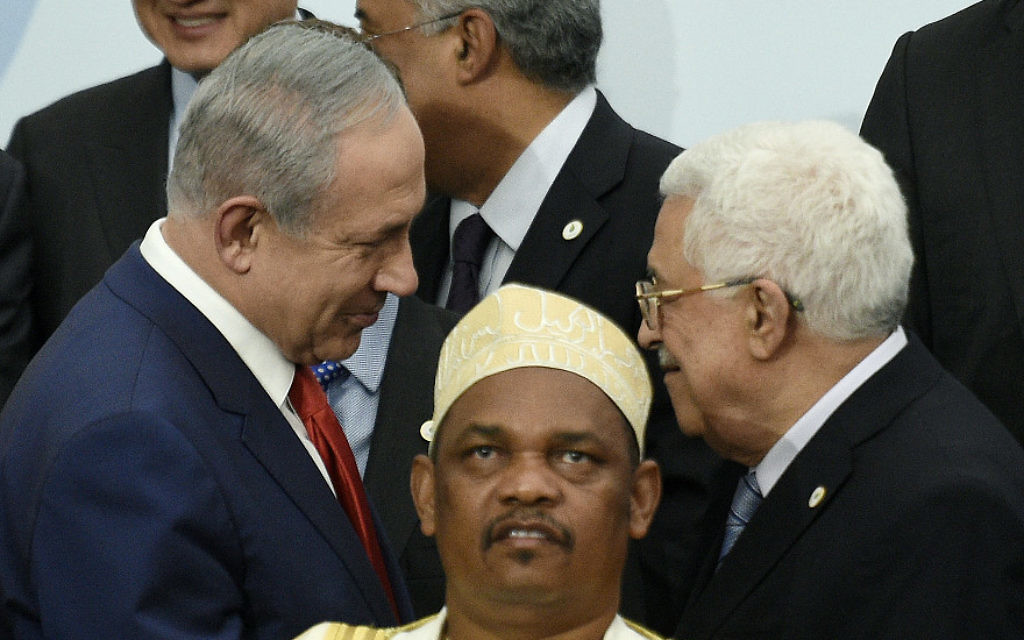 The two leaders met and spoke after the group photo of the some 150 world leaders in attendance at the conference, which is being held at Le Bourget Airport just outside the French capital. Abbas and Netanyahu had been standing in the same row, with only one person between them.

It was the first time the leaders have come face to face with each other since September 2010.

Netanyahu also met on the sidelines of the summit with President Barack Obama for about 10 minutes. They were joined at the end by U.S. Secretary of State John Kerry, according to reports.

Netanyahu is scheduled to have official meetings with French President Francois Hollande and Russian President Vladimir Putin, as well as the prime ministers of Canada, Poland, Japan, Australia, India and the Netherlands, according to The Jerusalem Post.