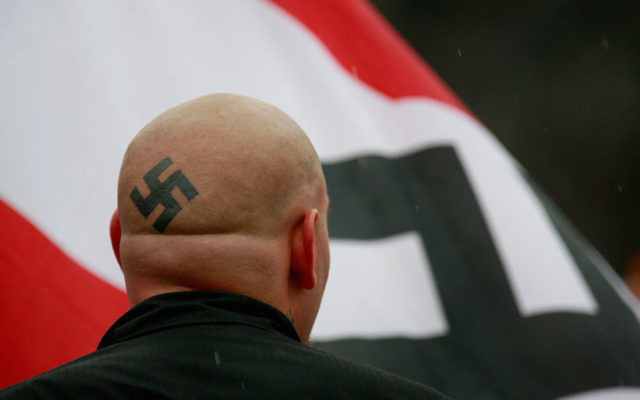 NEW YORK (JTA) — Stormfront was no longer available online after its host put a hold on the neo-Nazi and white supremacist website.

The hold issued Friday by Network Solutions is “uncommon” and “usually enacted during legal disputes, non-payment, or when your domain is subject to deletion,” said the Internet Corporation for Assigned Names and Numbers, according to Salon.

Earlier this month, the Lawyers Committee for Civil Rights Under Law urged web.com, which owns Network Solutions, to take down Stormfront, saying it violated the company’s policy against racist and discriminatory content.

On Saturday, the Lawyers Committee said on Twitter that it was “pleased to see web.com appears to be enforcing its Acceptable Use Policy.”

Earlier this month, Google and GoDaddy booted the Daily Stormer, another neo-Nazi and white supremacist site.

The actions come amid public outrage at a white supremacist rally held in Charlottesville on Aug. 12. Protesters shouted anti-Semitic and racist slogans and a woman protesting the rally, Heather Heyer, was killed when a car rammed into a crowd of counterprotesters.

Stormfront, founded in 1995 by a former Ku Klux Klan member, was the first major hate site on the internet, according to the Southern Povery Law Center.  The site hosted online messaging boards that served as a virtual community for anti-Semites and racists and claimed more than 300,000 members as of May 2015, according to the SPLC.