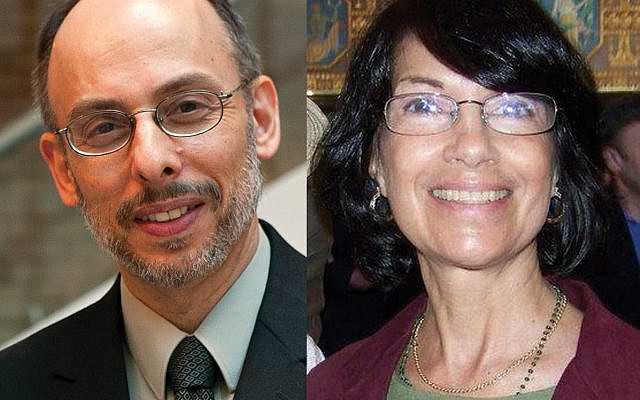 As the Israeli election campaign begins, one prominent political figure will remain on the sidelines, thanks to a term-limit regulation designed to prevent entrenched politicians from perpetuating their power indefinitely. American Jewish organizations could stand to learn a lesson from this development.

The politician in question is Moshe “Mossi” Raz of the left-of-center Meretz Party. He previously served as a Knesset member, then more recently was secretary-general of the party. Raz wanted to compete for a spot on the Meretz list of Knesset candidates in the upcoming April 2019 elections, but the Meretz constitution states that someone who previously has served as secretary-general is not allowed to seek a place on the party’s Knesset list. Last week, he attempted to secure enough votes to change the constitution but fell 13 votes short.

The Meretz restriction apparently has two purposes. First, it ensures there will be fresh blood in the party. Bringing in new faces means bringing in new ideas to keep the party from growing stale and predictable.

Second, it deters abuses of power. A secretary-general is perfectly positioned to build a formidable base of power for himself within the party. He spends much of his time networking with people who will owe him favors in the future. He could be tempted to parlay those relationships into a Knesset seat, from which he might never be separated.

The Israeli Army just got a new chief of staff, and for similar reasons. Nobody doubts the skills or devotion of the current chief of staff, Lt.-Gen. Gadi Eizenkot. But he was forced to resign next month because a chief of staff is permitted to serve only one term. That’s the law. (It should be noted, though, that there are no term limits in Israel for prime minister.)

Note that the recent protests within the Democratic Party against keeping Nancy Pelosi as speaker of the U.S. House of Representatives were not based on any specific failing of Pelosi’s. There was just a general sense on the part of many of the party’s lawmakers that fresh blood was needed.

One small American Zionist organization recently has been circulating a notice for an upcoming event featuring its national president who, it says, “is celebrating his 25th year at the helm of our organization.” Is having something resembling a president-for-life really a goal to which American Jews should aspire?

In addition to the important principle involved, term limits would actually be quite beneficial to American Jewish organizations. They would prevent self-interested individuals from viewing leadership positions as a way to enrich themselves or luxuriate in the other trappings of communal power — because there just wouldn’t be enough time to exploit their positions even if they were so inclined. Knowing that the clock was ticking, they would have some incentive to keep their promises, do their job, and then get out of the way so that others can have a chance.

Term limits would also benefit the Jewish community in another important way. They would open the doors to previously untapped human resources. Restricting our leadership to an old boys’ club deprives American Jewry of the full range of talent that the next generation can offer. It’s time for a change.

Rafael Medoff and Professor Shulamit Magnus are historians and members of the steering committee of the Committee on Ethics in Jewish Leadership (jewishleadershipethics.org).