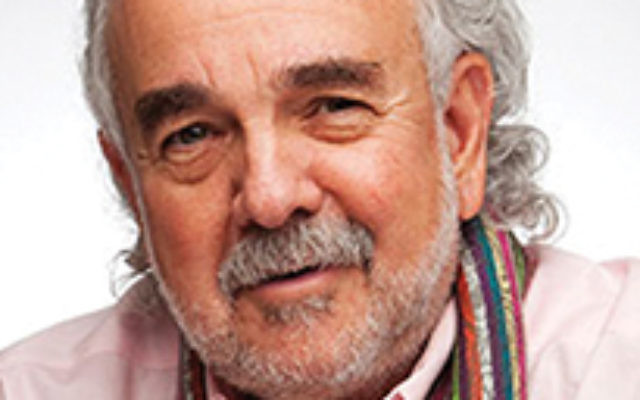 The Israel/Palestine divide needs some new thinking. Not that new thinking is an automatic panacea, but it offers the possibility of a different approach helping to open new pathways.

The university campus across much of the world, has become a center for the BDS movement, which seeks to influence the outcome of the Palestinian Israeli struggle through the powerful tools of boycott, economic divestment and political and other sanctions. But because it contains within it the seed of de-legitimization, it provokes fear and anger amongst Israel supporters, even those who desire a two-state solution committed to the return of West Bank land and compromise on other divisive issues. With no movement in the political sphere and continuing violence on the ground, any change for the better seems increasing allusive.

What is to be done? I suggest that our colleges and universities move from protest to proposal. Specifically I would ask our Jewish communal philanthropists committed to a peaceful and final resolution of the Palestinian-Israeli conflict to offer several prizes for the exploration and creation of new approaches to the issues that continue to challenge and separate the two sides. Years ago, former New York Mayor Ed Koch suggested that Jerusalem be governed by the New York City borough system. In New York, each borough has a name, a flag, a Borough Hall, a Borough President and many other components … while all remain under the governance of the City of New York.

Identity is a complex matter and might be expressed and even satisfied in several alternative ways. Koch’s idea may be foolhardy, but why not create a system to generate dozens of new thoughts and an entire realm of new thinking.

The thrust of my proposal is to engage our great minds, students and faculty of major universities around the world, to become “problem solvers” instead of limiting their voices and contributions solely to that of either political protest or interesting but often unrelated-to-present-needs research, writing and publishing. I would hope that students and faculty could create “think tanks” in which specific seemingly unresolvable differences between Israelis and Palestinians could be explored and analyzed with several alternative approaches emerging for consideration. Business and finance have developed around the world because of a willingness to generate many approaches at the same time knowing that only a few will survive and flourish. But the key to forward movement is and has been the willingness, one might say the need/demand, to get to the right idea by studying and rejecting many different paths. Who better to develop “ideas” for a different future than our leading thinkers across a wide spectrum of disciplines and philosophies?

Within this realm of thinking, we need to remind ourselves of the courage and extraordinary “border-crossing” of Anwar Sadat, Menachem Begin, Yitzchak Rabin and even Yasir Arafat. Their actions must remain in our eyesight to remind us that the inconceivable “one-day” is reality tomorrow. It was Ben Gurion who said that “people who do not believe in miracles are not realists.” Therefore I suggest a fresh look at the Saudi Peace Initiative. Why not an immediate invitation to the Arab League to hold its next meeting in Jerusalem? Why not challenge their leadership as if they were trusted partners (even if today they are not) and proceed to negotiate on the basis of a two-sided compromise that promises to gain Israel’s acceptance into the Middle East as a permanent neighbor in return for a meaningful two-state solution? We should take the position that the Arab Peace Initiative is a negotiating document and not a take-it-or-leave-it final manifesto.

What we need now is leadership, courageous and forward-looking leadership (which may come from outside the Palestinian-Israeli immediate family or from inside); research-based new ideas for addressing all of the multitude of issues that stand in the way of conflict resolution (housing, water, land use, where flags may fly, security, police, sanitation, education, border controls, currency, passports, to name but a few), and a simultaneous engagement of the leadership of the broader Arab world through the Saudi

Peace Initiative to inspire confidence and vision to both Israelis and Palestinians that tomorrow may offer hope instead of despair.

Peter A. Geffen is the founder and executive director of KIVUNIM, the Institute for World Jewish Studies, and has been involved in educational and social justice work within the Arab-Israeli conflict for almost 50 years.