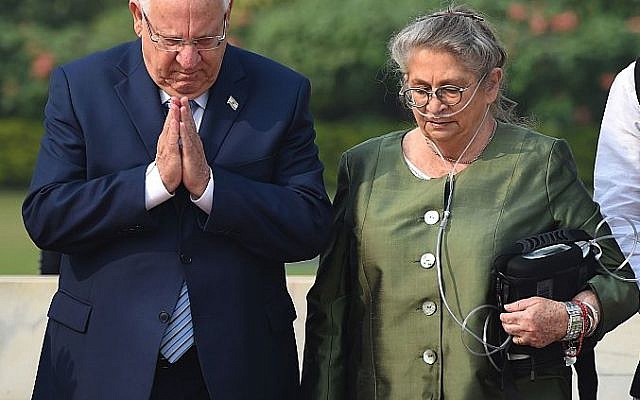 JERUSALEM (JTA) — Nechama Rivlin, the wife of President Reuven Rivlin, has died at the age of 73.

She died on Tuesday, a day before her 74th birthday, at Beillinson Hospital in Petah Tikvah, where she underwent a lung transplant three months ago.

Rivlin, who had in recent years rarely been seen in public without being attached to a portable oxygen tank, suffered from pulmonary fibrosis, which causes scar tissue to fill the lungs and makes it difficult to breathe, and her situation was getting more critical necessitating the transplant. The surgery for the transplant was described as “complicated” by doctors and she required a second surgery several days later.

“The medical efforts to stabilize her over time during the complicated rehabilitation period after the transplant did not succeed,” the hospital said in a statement.

In a statement, the Rivlin family thanked “citizens of Israel… who have continued to ask after Nechama’s health, to send letters and wonderful children’s drawings to the hospital and to Beit HaNasi (the president’s residence), and to pray for her every day, every hour. Their love and concern gave the president and all members of the family strength and support that cannot be described in words. 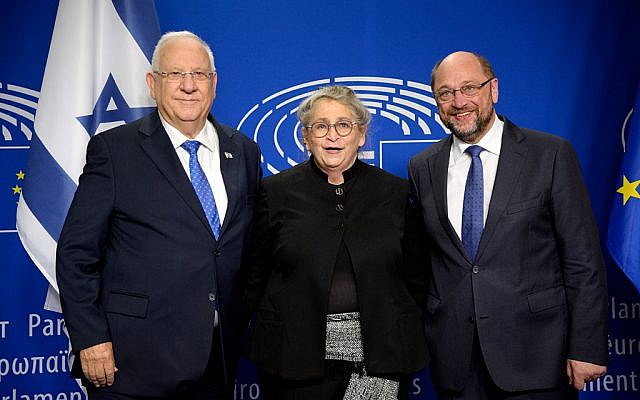 The Rivlins also thanked the Halabli family who donated their late son Yair’s lung for the transplant.

Rivlin was born in Moshav Herut in the Sharon region to parents who immigrated from the Ukraine and were founders of the moshav. She earned a bachelor’s degree from Hebrew university in botany and zoology and also studied the history of art.

She set up a community garden in the garden of the President’s Residence, where children from all over the country came to plant and plant plants, spices and flowers on a regular basis.

Condolences poured in from all corners including politicians, religious leaders and Israeli citizens.

She will be buried on Wednesday at the national cemetery on Mount Herzl in Jerusalem.