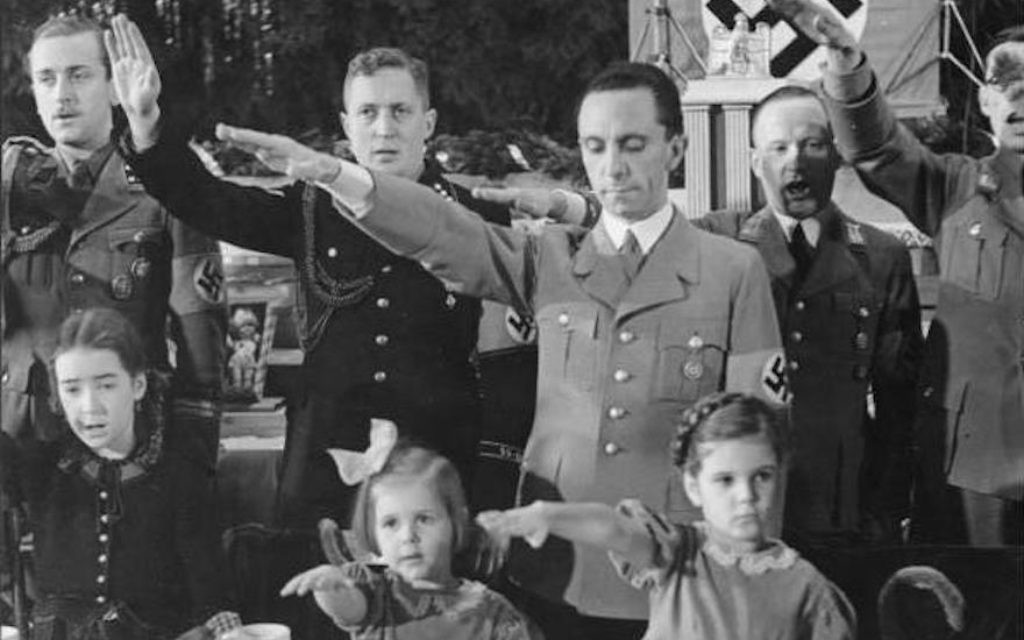 (JTA) — The wife of Nazi propaganda minister Joseph Goebbels had a Jewish father, according to a new document discovered in the Berlin archives.

The document was published in the German newspaper Bild, the London-based Jewish Chronicle reported.

It shows that the father of Magda Goebbels was a Jewish businessman named Richard Friedlander, who married Magda’s mother, Auguste Behrend, when Magda was about 7 years old. Friedlander had an affair in 1901 with Behrend before she married German engineer Oskar Ritshel, who had been blamed for impregnating Behrend before their wedding.

Friedlander’s residency card, the document found in the archives, states that Magda is his biological daughter, according to the Jewish Chronicle.

Friedlander died in the Buchenwald concentration camp in 1939; his daughter did not attempt to help him.

The Goebbels had been portrayed by the Nazis as the ideal Aryan family.

Joseph and Magda Goebbels and their six children committed suicide on April 30, 1945, a day after Adolf Hitler took his life.