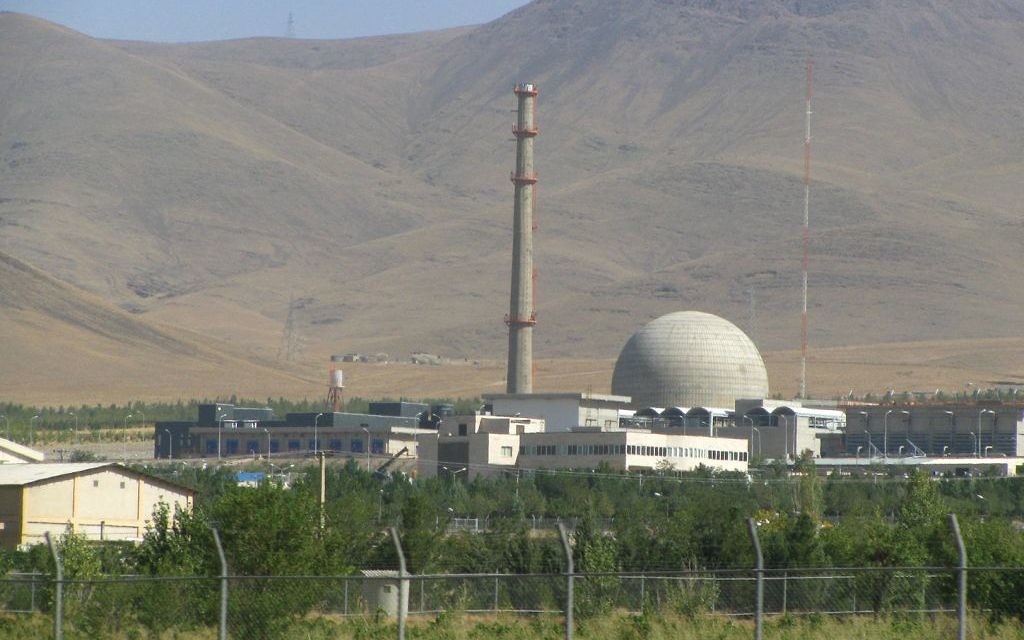 For Israelis, preventing a nuclear Iran is a matter of life and death; and most of them agree with Prime Minister Benjamin Netanyahu’s assertion that President Obama’s Iranian deal will ultimately lead to a nuclear Iran. The deal has been denounced almost across the Israeli political spectrum.

Yet many liberal American Jews are siding with Obama. Prominent American Jewish journalists have defended the deal. J Street has become, in effect, the administration’s pro-deal lobby in the Jewish community.

The second existential divide separating liberal American Jews and the Israeli mainstream is over a Palestinian state. Liberals tend to see the occupation as the greatest threat — morally, demographically — facing the Jewish state.

A majority of Israelis agree that the occupation is a long-term existential threat, but see the creation of a Palestinian state as an imminent existential threat. Given a disintegrating Middle East, the emergence of terror enclaves on Israel’s borders, an expanding Iran unchecked by American power — creating a Palestinian state now means risking constant attack along Israel’s most sensitive border, overlooking greater Tel Aviv.

For most Israelis, then, the debate over a two-state solution isn’t ideological but tactical, a question of timing: If and when conditions are right, we’ll accept a two-state solution, but not before. But for those American Jews who regard the occupation as an historic disaster that must be ended now, the debate is existential.

The last time that an existential threat unequivocally united Israel and the diaspora was the 1973 Yom Kippur War. Not coincidentally, that was the last of Israel’s existential wars, its last conventional war. Since then, every one of Israel’s wars has been asymmetrical — fought between the Israel Defense Forces and terrorists embedded in a civilian population.

The turning point in Israel’s military history — and in diaspora-Israel relations — was the 1982 Lebanon War. That was Israel’s first “war of choice,” initially intended to push the PLO back from the northern border but quickly devolving into a far more ambitious goal of remaking Lebanon and the Middle East. That war not only failed to unite Israelis around the security threat, but was itself the cause of schism. The consequences reverberated abroad: For the first time diaspora Jews publicly protested Israeli policy during war.

Then came the first intifada of the late 1980s, and the Oslo negotiating process of the 1990s. The divisions within Israeli society culminated in the Rabin assassination; Israeli society seemed to be unraveling along its left-right divide.

The next turning point was the year 2000, when Israel accepted a two-state solution and received in return the worst wave of terrorism in its history. The result was the near-total collapse of the Israeli left, along with the credibility of its assertion that the occupation, rather than Palestinian opposition to Israel’s existence, was the main obstacle to peace. The Israeli left has never recovered: In the recent elections, the Zionist Union of Yitzhak Herzog emphasized social issues, not the discredited peace process.

The phase of Israeli history that began with the second intifada in 2000 has created a third existential divide separating the Israeli mainstream and many American Jews: the perception of whether our asymmetrical mini-wars are existential or immoral over-reactions to exaggerated threat.

The Lebanon War of 2006, along with the war against Hamas in 2008 and again last summer, were experienced by most Israelis as existential. One popular bumper sticker from the 2006 war read simply: “A war for our home,” with a sketch of a red-roofed house.

Israelis believe that, while none of those conflicts are in themselves existential, their cumulative effect surely is. The purpose of the terror groups is to defeat us through exhaustion and self-doubt, confronting us with the choice between defending ourselves in inevitably ugly wars that lead to Israel’s increased isolation, or forfeiting our right to defend ourselves and causing Israelis to despair of our future in the Middle East.

As a result, Israelis have relearned the instinct of uniting under threat. We may go at each other viciously during election campaigns, but as soon as the rockets of Hamas or Hezbollah start falling on the home front, Israel becomes an instant family.

But that Israeli consensus no longer extends to the diaspora, where voices opposing Israel — especially during our asymmetrical conflicts — are growing.

Not long ago a prominent American rabbi told me that if Israel attacks Iran, many American Jews may side with the Obama administration — even if thousands of missiles are falling on Tel Aviv. Speaking with deep anxiety, he concluded that we can no longer count on a united American Jewry even if Israel finds itself under unprecedented attack.

My own existential fears are mainstream Israeli. I regard Obama’s Iranian deal as the single greatest threat facing Israel today. I believe, too, that Israel has no choice but to continue periodically fighting its mini-wars against the terror enclaves on our borders. And while I believe that the absence of a Palestinian state is a long-term existential threat to Israel, I fear that its creation today would be a greater danger.

How then do I maintain a civil conversation with Jews who are on the other side of these issues? How to remain in solidarity with my fellow Jews when we are arguing about life and death?

Some American liberal friends of mine — passionate Zionists — feel so desperate about the occupation that they support a boycott of products from the settlements. But if boycotting fellow Jews is an appropriate response to perceived existential threat, then why stop at settlements? Should those of us who regard Obama’s deal with Iran as a mortal danger boycott groups and individuals in the Jewish community who support the president’s policy?

At stake is nothing less than our ability to function as a people — one of the great achievements of the Zionist revolution.

The first principle, then, in governing our debates over primal fears of survival is this: delegitimizing fellow Jews is itself a kind of existential threat.

The second principle is humility. No one segment of the Jewish people has a monopoly on concern for Israel’s survival. Much as I vehemently disagree with Obama’s Jewish supporters, I cannot allow myself the emotional satisfaction of denouncing their motives. That kind of Jewish conversation leads to the abyss.

And so we are left with this challenge: how to remain faithful to our most deeply held truths about Israel’s predicament, while remaining faithful to our mutual covenant as a people. Navigating this dilemma will require all our wisdom as an ancient people that has known how to overcome both external threat and suicidal schism.

Yossi Klein Halevi is a senior fellow at the Shalom Hartman Institute in Jerusalem. His 2013 book, “Like Dreamers: The Story of the Israeli Paratroopers Who Reunited Jerusalem and Divided a Country” (Harper), won the Jewish Book Council’s Everett Family Book of the Year Award.