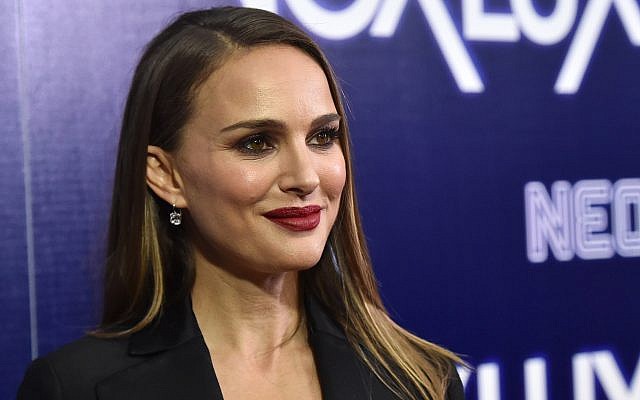 (JTA) — Natalie Portman isn’t a fan of Israel’s controversial nation-state law, which defines Israel as the nation-state of the Jewish people.

The Jerusalem-born actress slammed the law, which was criticized as it was debated and adopted over the summer, in an interview with BBC’s Arabic language channel published Sunday.

“It’s racist and there’s nothing else to say about that,” Portman said. “It’s wrong and I disagree with that.”

Israel passed the law, which was sponsored by Prime Minister Benjamin Netanyahu’s Likud party, in July. It drew ire from Jews in Israel and abroad for relegating Arabic to non-official language status, expressing support for increased Jewish settlement and promoting the status of Jewish religion in legal matters. Others have defended it as codification of longstanding agreed-upon facts about Israel’s identity.

This isn’t Portman’s first time speaking out about her views on Israel. Earlier this year, Portman said she would not travel to Israel to receive the Genesis Prize, an award which calls itself the “Jewish Nobel.”

“I chose not to attend because I did not want to appear as endorsing Benjamin Netanyahu, who was to be giving a speech at the ceremony,” Portman wrote in an Instagram post explaining her decision, adding that she does not endorse the Boycott, Divestment and Sanctions movement against the Jewish state.

The Jewish actress, now doing press for her latest film “Vox Lux,” has been supportive of Israel in the past. In 2015, she directed and starred in “A Tale of Love and Darkness,” a Hebrew-language film adaptation of an Amos Oz book of the same name that chronicles the author’s life around the time of Israel’s founding.