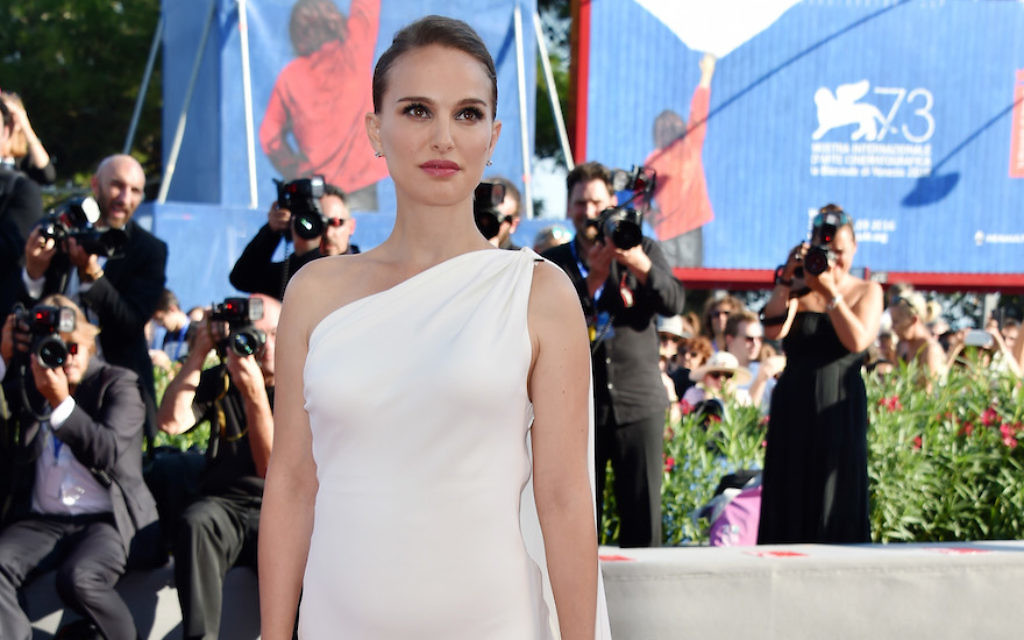 Natalie Portman showing her baby bump at the premiere of her film “Planetarium” at the 73rd Venice Film Festival, JTA

An unnamed source confirmed the news to Us Weekly on Thursday.

Portman, 35, was comfortable showing her new baby bump Thursday during the premiere of her film “Planetarium” at the Venice Film Festival. Us Weekly reported that the Jewish Oscar winner for “Black Swan” rubbed her stomach on the red carpet.

Portman and Millepied, 39, who coached her in ballet on the set of “Black Swan,” have a 5-year-old son, Aleph. The family, who lived in Paris for two years while Millepied headed the Paris Opera Ballet, recently moved to Los Angeles.

The Israeli-born actress’ other highly anticipated film, “Jackie,” in which she portrays Jackie Kennedy, premiered at the festival on Wednesday and garnered positive reviews. Portman described the role as the most “dangerous” of her career.

“[E]veryone knows what she looked like, sounded like and has a kind of idea of her,” Portman told Variety on Wednesday.