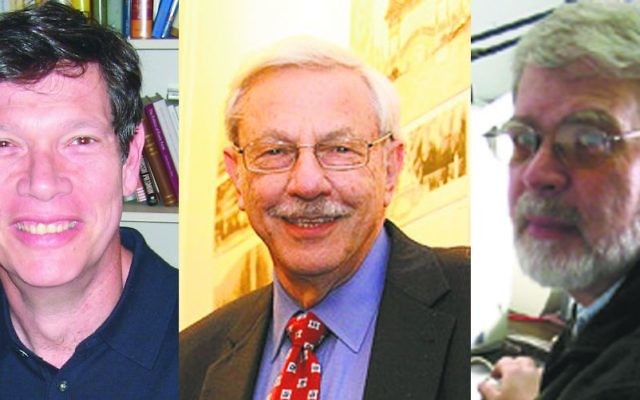 Much has been written about the somewhat surprising results from the “Jewish Community Study of New York: 2011.” Probably the most noted developments were the explosive growth of the haredim, the sharp surge in poverty, and the increasing number of non-denominational Jews.

Somewhat overlooked have been the many elements of continuity (i.e., “no change, or hardly any”) since 2002. Among them: the ratio between Jews in New York City and in the suburbs; the proportion of married couples who are intermarried; the number of synagogue-affiliated Conservative and temple-affiliated Reform Jews; the number of Israelis; the levels of Jewish engagement among the in-married; and on and on. Of all the counties, in only one (Brooklyn) did the change in the absolute number of Jews exceed 10,000. All of that — and more — points to remarkable continuity from 2002 to 2011.

But for us, as the three authors of the Comprehensive Report for the study sponsored by UJA-Federation of New York, we were most struck by the incredible — and expanding — diversity of New York Jewry in so many dimensions.

This diversity is healthy. It makes this community stronger and more interesting. It provides individuals with multiple stimuli and options for Jewish living. At the same time, diversity can be challenging.

First, we are incredibly diverse in age. The number of Jewish children in the area grew by 30,000. One reason: In the last nine years, Orthodox Jews gave birth to 115,000 babies — a number almost equaling the growth in Orthodox Jews (116,000) in the same period. We also found that the Orthodox themselves are diverse with big differences between Modern Orthodox and haredim, and observable differences between chasidim and Yeshivish Orthodox.

To take a few illustrative distinctions: haredi birthrates are about double those of the Modern Orthodox who in turn give birth to about twice as many Jewish children as the non-Orthodox. The Modern Orthodox donate to UJA-Federation far more often than their haredi counterparts. Chasidic families are somewhat larger and much more poverty-stricken than Yeshivish households.

While children’s numbers grew, the number of elderly grew even more. Since 2002, New York area Jewry added 45,000 seniors past age 75, an increase of 30 percent in nine years.  The growth of the 75-plus age cohort — of mostly well elderly — means that for the first time, Jewish communities consist of four full generations existing side by side.

Not only did we see a rise in the Orthodox, arguably the group with the highest levels of Jewish engagement, so too did we see an expansion in features associated with low levels of Jewish engagement: Jews with no religion, the intermarried, and the adult children of the intermarried. Along with them we have emergence of Jews who say they are “partially Jewish,” and Jews who identify with a religion other than Judaism.

The meaning of “being Jewish” is increasingly complex, as some selected voices from our survey respondents illustrate: “When I’m with my father, I’m Jewish; when I’m with my mother, I’m Catholic.” “The rest of my family is Jewish; I just choose another religion.” “I was born Jewish and years ago converted to Christianity, and then practiced Judaism again for my children.”

Then, beyond variations in age, Jewish engagement and affluence, we have in New York large agglomerations of diverse identities. As many as 234,000 people live in Russian-speaking households (up slightly from 2002); over 5 percent of Jewish households include an LGBT (Lesbian, Gay, Bisexual or Transgender) member – and 75,000 people live in those households; 12 percent of Jewish households in the New York area include someone who is non-white, biracial, or Hispanic — a quarter of a million people live in those households.  In New York, more people live in each of several kinds of Sephardic and Middle-Eastern communities — be they, Syrian, Iranian, or Bukharin — than who live in many Jewish communities elsewhere in the U.S.

Along with all this diversity in age, ideology, national origin, culture and social class comes diversity in approaches to life, Jewish life and Jewish engagement.

Affiliated Conservative and affiliated Reform Jews are far more active both ritually and communally than their unaffiliated peers. Meanwhile, Conservative and Reform Jews themselves are quite different. Russian-speaking Jews maintain very strong in-group ties, but, as a group, largely absent themselves from conventional religious life. Contrary to popular impression, Israeli-origin Jews surpass native-born Jews on almost all measures of Jewish engagement.

These trends certainly present new challenges. But they also present new opportunities. The multiplicity of cultures should be seen not as an obstacle to unity, but as a resource for community.

To some, the sheer diversity translates into polarization and disunity. To us, the diversity poses a remarkable opportunity: to enhance personal and communal creativity, to build patterns of mutual enrichment, to celebrate difference while building bridges across difference.  Ultimately we can develop a new model of Jewish collectivity that celebrates diversity while seeking integration. In so doing, we can overcome challenges similar to those facing the Jewish people as a whole in the 21st century with a unique New York character.

Steven M. Cohen, Jack Ukeles and Ron Miller are the lead authors of the Comprehensive Report of the “Jewish Community Study of New York: 2011.” The other researchers who collaborated with the authors on the population survey are Pearl Beck, David Dutwin and Svetlana Shmuiyian.