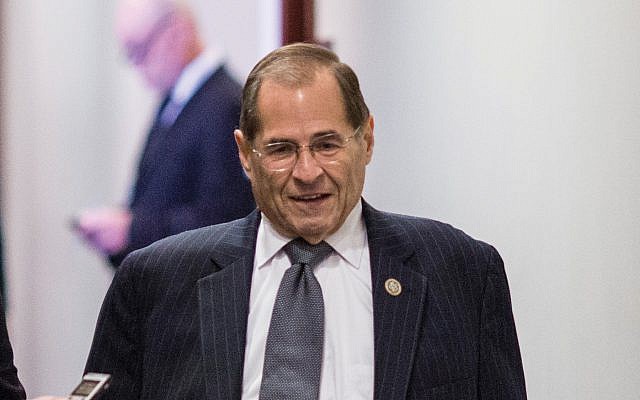 Manhattan/Brooklyn Rep. Jerry Nadler would take over the House Judiciary Committee if the Democrats flip the House. Getty Images

Reflecting on the midterm elections just hours before the polls opened Tuesday, President Donald Trump said he regretted not having used “a much softer tone” during his get-out-the-vote rallies that were instead punctuated by frightening, divisive rhetoric that warned of an “invasion” of illegal immigrants descending on America’s southern border.

Jewish voters clearly did not like that tone either. A Democratic poll last month found that if the presidential election were held then, Trump would get only 26 percent of the Jewish vote — despite moving the U.S. Embassy to Jerusalem and other efforts to improve relations with Israel.

The poll found also that 70 percent of Jews disapproved of the way the Trump administration has dealt with the spike in anti-Semitic incidents, which surged 57 percent in 2017, according to the Anti-Defamation League. Some Jews believe Trump’s own language encourages white nationalists and anti-Semites.

In the week prior to Tuesday’s election, there were a flurry of political ads and messages that were criticized for explicit or implicit anti-Semitism. One radio ad by the Green Party candidate in the Cincinnati area accused “anti-American Communist Jews like George Soros” of fixing elections. And Ed Charamut, a Republican running for Connecticut State Senate, sent out a mailer showing his opponent,

Democratic State Rep. Matt Lesser, grinning while clutching a handful of $100 bills. Similar flyers were distributed by Republican candidates throughout the country.

Trump also sought to distance himself from being blamed should the Republicans lose the House, telling supporters in Indiana that his “primary focus has been on the Senate.” 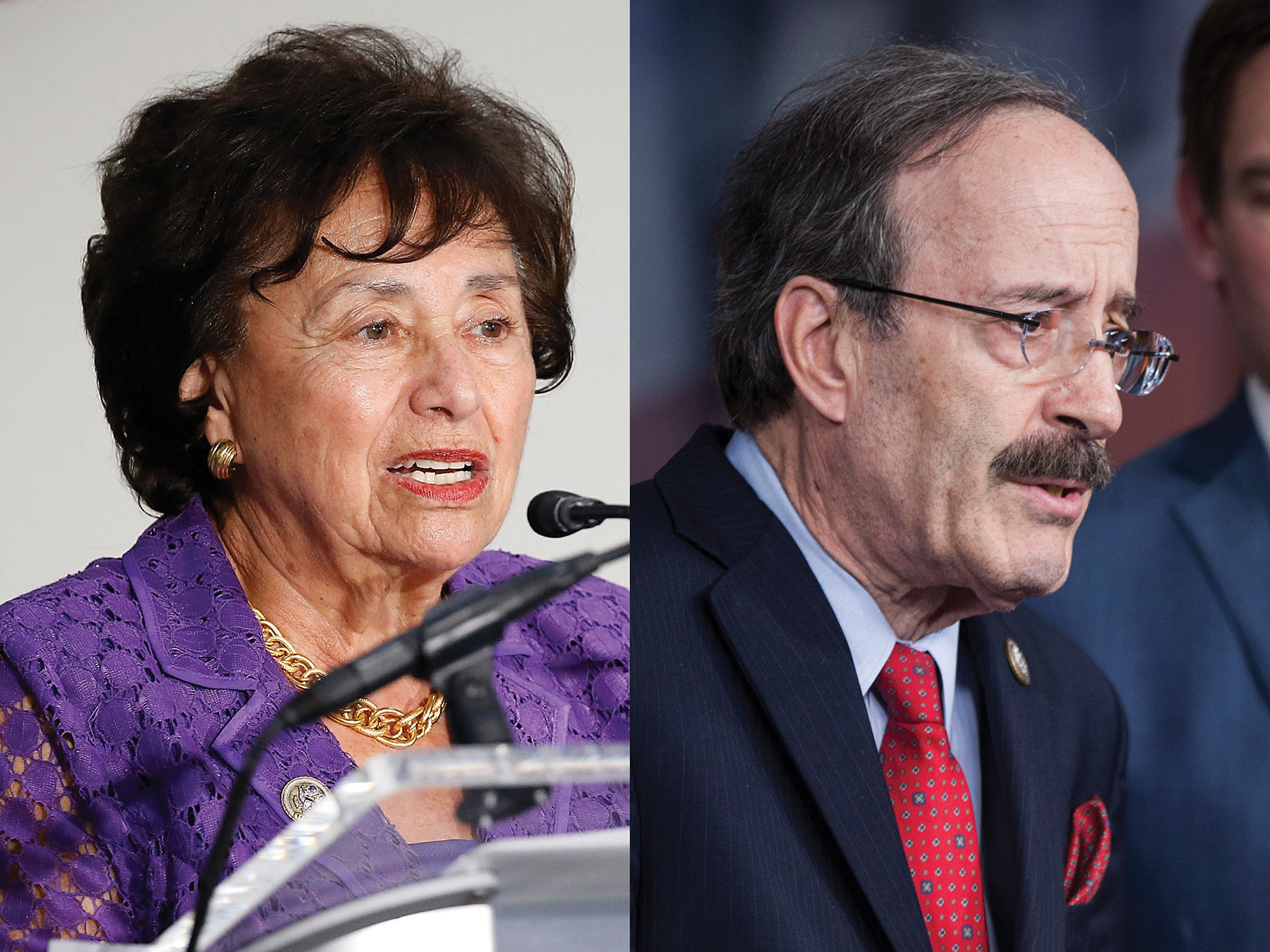 For many voters, this election was a referendum on Trump, his policies and contentious language. He knew it and seemed to relish it, telling the crowd in Cleveland, “In a sense, I am on the ballot.”

Pollsters throughout the campaign had predicted that Democrats would regain control of the House. In fact, in every midterm election since the Civil War, the president’s party has lost, on average, 32 seats in the House and two in the Senate. This year, the Democrats needed to capture 23 Republican seats to flip the House, and many believed such a win would change the political landscape.

“It really depends on how many seats they pick up,” explained Lawrence Levy, executive dean of the National Center for Suburban Studies at Hofstra University in Hempstead, L.I. “If it’s a big wave and they end up with a margin of 15 or 20 seats, they will not only be able to provide oversight of the administration backed up by subpoena power but they would also be in a position to cut deals on legislation with the Republican-controlled Senate.”

On the other hand, he said, should the Democrats control the House by only a few seats, the Republicans “would probably be able to pick off a few [Democrats]. Some of the Democrats will be freshmen in conservative-leaning suburban districts, and if the Democrats go hog wild with a progressive agenda, they will be one-term wonders.” 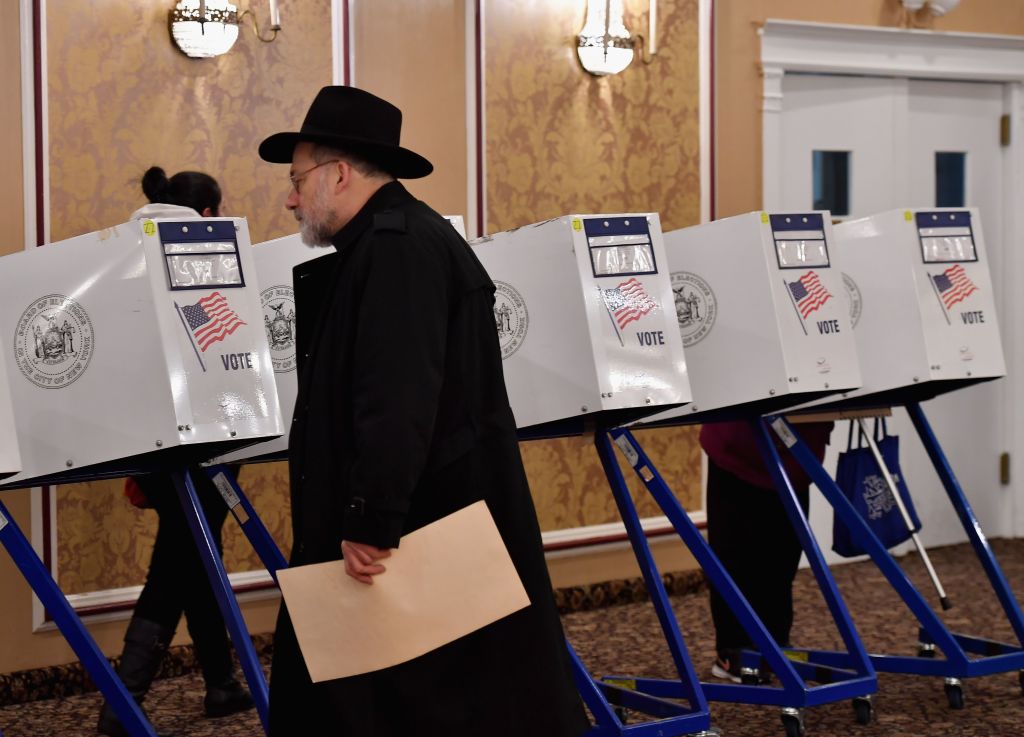 A voter casts his ballots in the midterm election at the East Midwood Jewish Center polling station on November 6, 2018. Getty Images

“Engel would likely be the last unabashedly pro-Israel chairman of the House Foreign Affairs Committee in our lifetime,” Sheinkopf said. “This will be a test of whether America’s Jewish-American liberal values can protect the State of Israel. That is what the more conservative elements in the Jewish community will be looking at. And with Trump in the White House, the Jewish people will see it as a battle of good — the Democrats controlling the House — versus the bad, which is Trump. But the more right-wing Jews won’t see it that way, and it will be up to the communal leadership like the Conference of Presidents of Major American Jewish Organizations, AIPAC [the American Israel Public Affairs Committee] and others to try to heal those divisions — or we will be a fractured community.”

Should the Republicans retain control of both the House and the Senate, however, this would clearly be “Donald Trump’s party,” Levy said.

“There is no doubt that the late surge driven by Trump’s furious campaigning in the last few weeks created a red undertow that counteracted the [Democrat’s] so-called ‘blue wave,’” he said. “He tried to rally his base by speaking about the caravan [of refugees coming from Mexico], and he turned around the health care issue so that it seemed a negative among his supporters. Trump said the Democrats’ call of Medicare for all would result in socialized medicine, take money out of everyone’s pockets and that everyone would get less health care.”

Levy said, however, that if the Democrats controlled the House, they would use their majority to “shore-up Obamacare, bring more human rights consideration to foreign policy, and perhaps adopt a less bombastic approach to trade relations. For the suburbs in particular — since almost all the newcomers will be suburban — you will hopefully see more concern for where the majority of voters live, including a majority of Jewish voters.”

The Democrats would also be expected to exercise oversight of the administration that they have until now been unable to do. Thus, one of the first things the House Judiciary Committee would be expected to do is to hold hearings about the administration’s immigration policies, in particular its decision last May to begin prosecuting every adult who crossed the southwest border illegally, and in the process separating 2,300 children from their parents. Trump signed an executive order on June 20 halting the separations following a public outcry. Some 220 children have reportedly not yet been reunited with their parents. 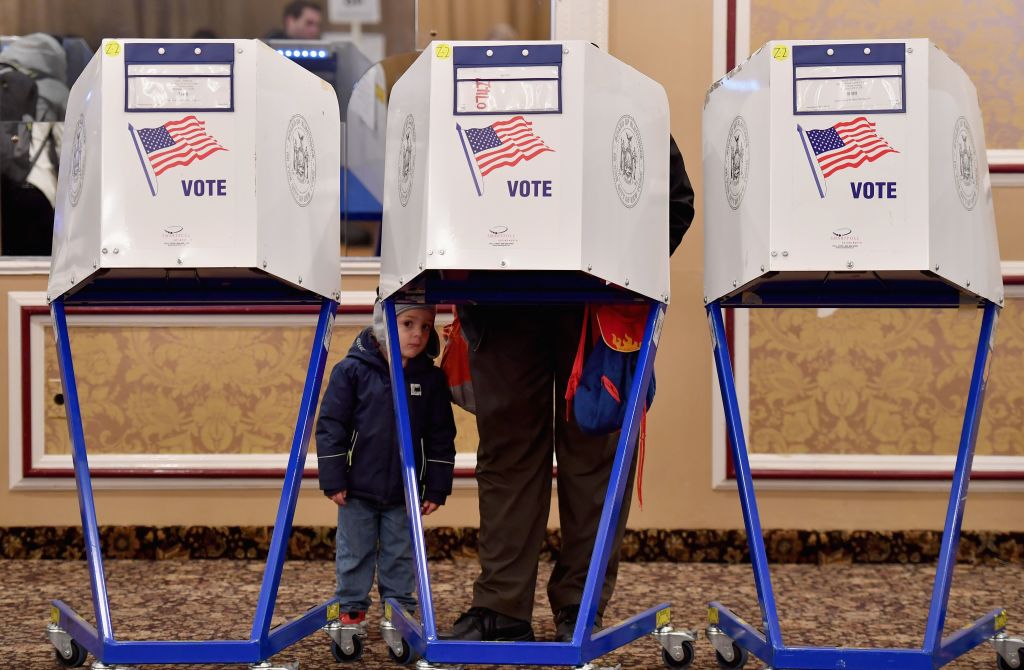 A voter casts his ballot in the midterm election at the East Midwood Jewish Center polling station in New York City on November 6, 2018. Getty Images

“Congress can demand oversight and it is not happening,” said one Democratic aide. “Any oversight has been abdicated by the Republicans, and, in some instances, they have allowed the administration to avoid accountability. … It is not clear whether the administration knows where all the kids are [who have not been reunited]. Hearings could be held and the Justice Department would be asked how this separation policy was implemented, who discussed it and who made sure the families were tracked to be reunited. The inspector general of Homeland Security put out a report a week or so ago saying they lied when they said the situation was under control because no one was keeping track of the families.”

In addition, Democrats could also be expected to explore the increase in anti-Semitic incidents that has gone unaddressed by Congress.

“They will be able to schedule hearings and call in the director of the FBI to talk about white supremacist shootings and the murders at the Pittsburgh synagogue,” the aide said. “The advantage of being in the majority is that you set the agenda and can threaten to issue subpoenas to get responses from the administration.”

A Democratic House would also be expected to question the administration about its failure to appoint a special envoy to monitor and combat anti-Semitism. In September, the House passed a bipartisan bill that would elevate the position to the rank of ambassador, but the administration has yet to fill the post, which was created in 2004. (The House bill is still awaiting Senate approval.)

In addition, the Judiciary Committee would have a role regarding the special counsel’s probe into whether the Trump campaign colluded with the Russians during the 2016 presidential election.

A Democratic House might also insist on examining Trump’s tax returns that he has thus far kept secret to see if there is any conflict of interest in his business dealings.

Gilbert Kahn, a political science professor at Kean University in Union, N.J., said he foresees a Democratic-controlled House “dramatically increasing its investigative function and becoming very aggressive with its oversight function. There are certain issues like global warming and intelligence and others not related to impeachment that the Democrats feel have been neglected.” 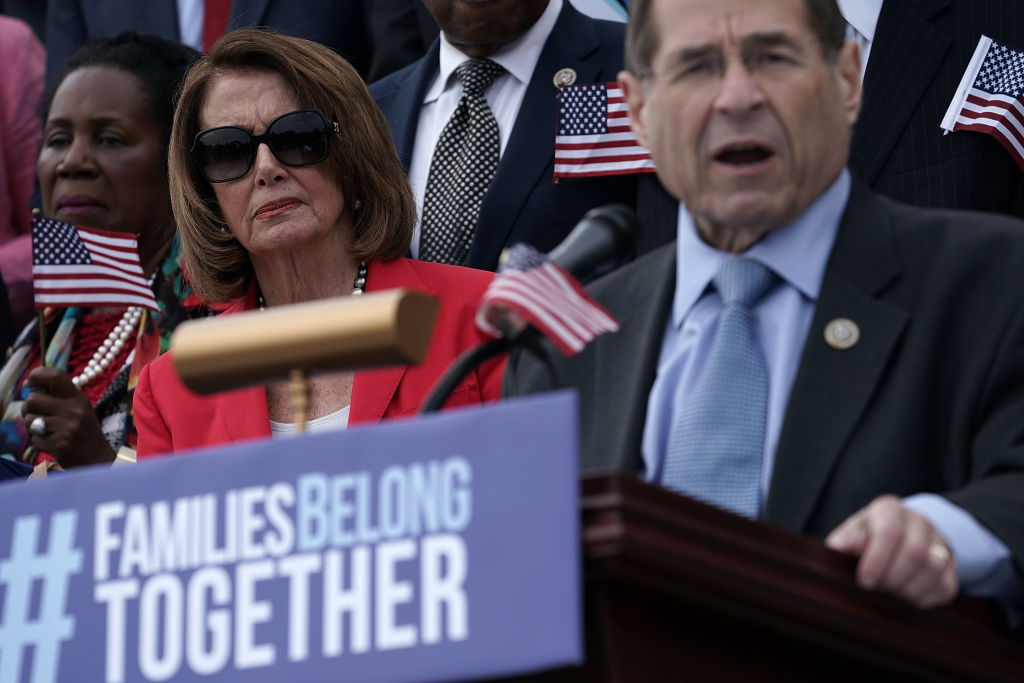 Regarding impeachment proceedings against Trump, nothing will be done until the special counsel’s report is completed, Kahn noted.

The size of the Democratic vote is also largely dependent on the women’s vote, and historically more women than men vote. Polls showed them tilting towards the Democrats, even more than in general over the past 25 years, according to Melissa Miller, an associate professor of political science at Bowling Green State University in Bowling Green, Ohio.

“For many women, Hillary Clinton’s loss two years ago — considering she won the popular vote by almost 3 million votes — has energized women,” she said. “That, combined with Trump, for Democratic and independent women — not conservative women who still support Trump — has driven them further away [from the Republicans].

“Trump’s presidency has been marked by scandal and corruption and the good economic news has been outweighed by the images of children being separated from their parents and by acts of domestic terrorism with the pipe bombs that were sent to Democrats. The Republicans ran on a platform of keeping the country safe and here it is working against them.”

Faith Williams, senior manager of government affairs at the National Council of Jewish Women, said her members “support progressive policies and ideals and elect candidates who reflect the diversity of our country.”

“From the Women’s March, to the March for our Lives, to the [Brett] Kavanaugh hearings, it has mobilized progressive women who seem raring to go,” Williams said. “Their level of engagement does feel special.”