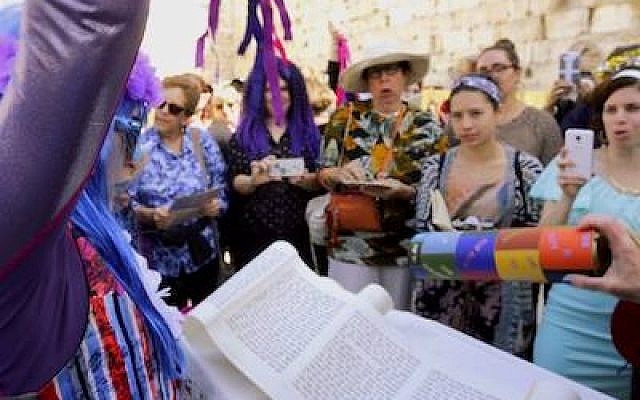 Friday, March 8, 2019 is International Women’s Day, a day to celebrate women’s achievements, raise awareness against bias and take action for equality. The impact of many of JOFA’s initiatives reach across geographic lines. These include increasing women’s participation in Jewish text study, synagogue-based rituals, and advocating for communal leadership roles. This year, JOFA is marking International Women’s Day with a blog series on women’s tefillah (prayer) efforts at the kotel. These organized efforts were initiated over 30 years ago by American Jewish women (many of whom later became founders of JOFA) who were visiting Israel in order to benefit Jewish women from around the world. We hope you will take a few moments to read reflections from Original Women of the Wall/Tfillat Nashim BaKotel as well as Women of the Wall/Nashot HaKotel.

It’s a fair question. I received a classic National-Religious Orthodox Israeli education. Though I was surrounded by the famous spiritual influences of the “mystical city” with a deep love of and belief in G-d, at a young age, I began to feel that something was missing from my religious experience.

After high school, I served in the IDF as a commander in the Nativ Judaism and Zionism Course with young women from all across the country. Exposed to alternative progressive and feminist schools of Orthodox thought for the first time, I began to realize my need to participate more actively in Jewish ritual and religious life. Women of the Wall helped to fulfill this need. Shifting away from bystander to playing a more active role in Judaism was the additive I searched for to spice up my spiritual life.

My first prayer service with Women of the Wall was in 2011. A few months before that, I read an article about some women who were arrested at the Kotel. My shock was doubled by the sight of them wearing tallit and tefillin. 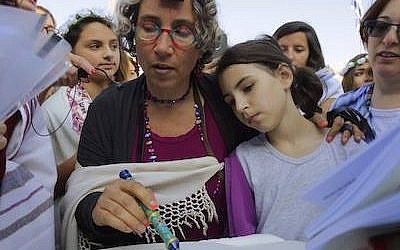 I knew I was advancing in to the feminist world, but these images were beyond anything in my imagination. And then I asked myself why were they arrested. After all, isn’t Israel a Jewish and Democratic state, the homeland where any Jew can practice (or not) their religion however they choose?

The absurd reality is that today, 2019, some women still struggle for their rights to pray with Jewish items at the Western Wall, the holiest site for the Jewish nation.

After so many Rosh Chodesh services at the Kotel, I no longer hear the protesters’ tumult that surrounds us. My ears have learned how to tune out our opponents’ cursing, yelling and shrill whistles. When I pray, I only hear my sisters praying with me. 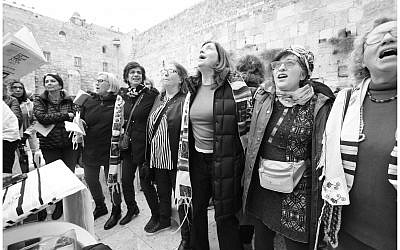 Leading the tefillah includes holding our group together, focusing on the task at hand, and not responding to the distractions outside our circle.

When I joined WoW, I envisioned bringing progressive Judaism into the public sphere and empowering women to be active in Jewish life. One of my favorite services that WoW provides is the tefillin booth, where we offer women to wrap a pair tefillin and don a tallit. Many refuse.

A few want to experience this unique opportunity. But what moves me the most, is when women decline saying “no, but thanks so much for offering.”

Until I encountered Women Of the Wall, no one had ever explained to me that there was and is  a different way to express my spirituality than the one I was raised with, a way that is also legitimate.

I am grateful to the Women of the Wall and the founders of JOFA, Jewish Orthodox Feminist Alliance. These visionaries are the women who dared to dream about women’s tefillah at the Kotel over thirty years ago. Women Of the Wall’s journey, as well as my own, would not have started without their bravery.

Yochi Rappeport Zierler is the Director of Educational and Community Outreach at Women of the Wall. She is dedicated to making the world a better place for her daughter, Golan.