Author Liran Yechiel and her father, who was six years old in 1941 when soldiers, police, youth gangs, and Bedouins rampaged through Jewish neighborhoods in Baghdad. (Courtesy Liran Yechiel)

As we mark the 80th anniversary of the Farhūd (Arabic for “violent dispossession”) on June 1, 1941, I think about my father’s childhood in Iraq. When he talks about Iraq, he always has fond memories. He remembers his Jewish school in Baghdad, his love of swimming in the Tigris River, and how the Jewish community was large and vibrant.

My father recalls that because there were so many Jews in Baghdad (90,000) then, the banks were closed on Saturday out of respect for the Jewish Sabbath, rather than on Friday for Jumuʿah, the Muslim weekly day of prayer and rest. The Jewish population was three percent of the population of Iraq in the 1940s, or about 135,000 people. Jewish communities had existed in this region since the 6th century BCE, nearly a millennium before Muslim communities established a presence in Iraq during the 7th century. Jews were active in Parliament and other branches of the government, and one of independent Iraq’s finance ministers, Sir Sassoon Eskell, hailed from a Jewish family.

But a peaceful coexistence between Muslims and Jews in Iraq was disrupted on the fateful day of June 1, 1941 — the Nazi-inspired Farhūd. The massacre, which erupted as Jews across Iraq were beginning the celebration of the Jewish holiday of Shavuʾot, ended with thousands injured and 130 people murdered, mostly in Baghdad.

The tragedy took place one month after Iraq’s pro-Nazi Prime Minister Rashid Ali Al-Gaylani led a group of Iraqi officers (al-Murabbaʿ adh-Dhahabī — the “Golden Square”) in a coup and overthrew the British Regent of Iraq along with the soon-to-be King ʿAbd al-Ilah of the Hejaz (now Saudi Arabia) and Iraq’s Hashemite royal family.

Soldiers, police, members of youth gangs, and Bedouins rampaged through Jewish neighborhoods in Baghdad murdering, raping and looting. Neither the Iraqi authorities under Rashid Ali al-Gaylani nor the British intervened. The British delayed intervention and recapture of the city. The violence continued for two days and only ended early on the afternoon of June 2, 1941. 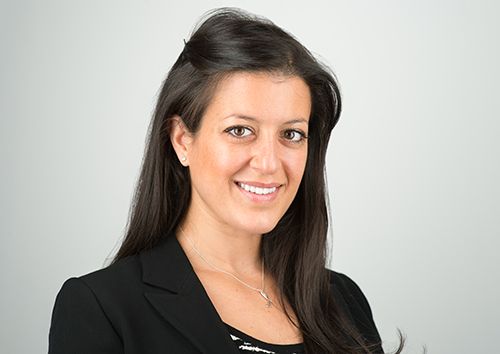 As he was only six years old, my father’s memory of the pogrom-like event is a bit murky. But he remembers my grandfather taking the children and his mother onto the roof of the house – and jumping from roof to roof until they reached a Muslim friend’s home, where they hid until the violence subsided. My father remembers the sounds of screaming from the attacks below.

A few months after the Farhūd, some steps were taken to punish the perpetrators. The government of Jamil al-Madfa‘i, established after the coup, appointed an investigation committee to study what happened. It listed long-term factors, especially German propaganda emanating from the Germany embassy in Baghdad, which had found a receptive audience in the army. Few of the perpetrators were ever caught or punished, but of those who were convicted — some were sentenced for murder and publicly hanged, and others were sentenced to prison.

To date, while the Iraqi government has attempted to provide compensation to Iraqi-Jewish citizens for some individual property, it has fallen short. Only 15 percent of the stolen property was ever recovered. Even those Jews who knew which of their neighbors had looted their property were unable to reclaim it. The government also refused to fully recognize the tragedy. While unidentified victims were buried in a mass grave, the graveyard was later demolished and built over with a garage, leaving no place in Iraq to recount and memorialize this tragedy perpetrated on its loyal citizens.

Prior to the Farhūd, Jews and Arabs had more than two millennia of peaceful coexistence in Iraq. In fact, my father remembers his father sharing close friendships with his neighbors of all faiths. But this violent event accelerated the demise of peaceful relations in Iraq, and permanently changed the relationship among the various religious groups.

I think many Iraqi Jews look back with fond memories of their childhood there. It was not really until the founding of Israel in 1948, when things turned significantly for the worse. The unfortunate truth is that much of the violence stemmed from the reaction to the creation of the State of Israel.

Unlike much of Eastern Europe, Jewish Iraqis were happy in Baghdad and had no desire to leave when offered the choice to move by the government. In fact, despite everything, some chose to stay well into the 1970s, and even today, there continues to be a Jewish presence – albeit very small – in the city.

For me, being Iraqi is as much part of my identity as being Israeli, where I was born and raised as a child, and being British — I spent my formative years and much of my adult life in the UK.

While you often see articles of the “last Jew” leaving Iraq, you often feel hesitation when speaking to Iraqi Jewish decedents and expatriates about returning to relive the nostalgia of their ancestors.

While it seems unlikely that we’ll ever be able to return, nevertheless, being Iraqi is part of my culture. Being Iraqi is truly part of who I am. It’s the food we eat, the music we listen to, the traditions and culture.

Being Iraqi is truly part of who I am. It’s the food we eat, the music we listen to, the traditions and culture.

I hope to pass on this heritage to my children. I would love to think that one day we could be free to go back, to visit where my parents were raised. I am sure it would all be different now, but to have that experience with my father, who lived there through his teens would be incredible.

It is my sincere hope that we will see a day in which the current government of Iraq will sign onto the Abraham Accords. The recent rapprochement and warming of ties between Israel and the gulf nations – a peace for the sake of peace – has not only led Israelis to be comfortable to visit the Gulf States but Jews in the diaspora as well. Maybe I too can reach Iraq and swim in the Tigris River and walk the streets where my father once did.

Liran Yechiel, who lives in New York, is a member of the World Jewish Congress Jewish Diplomatic Corps, a worldwide network of over 350 members from over 50 countries, strengthening and empowering the new generation of global Jewish leaders through diplomacy and public policy. Liran was born in Israel and raised in the United Kingdom.

Join a World Jewish Congress WebTalk with Dr. Sasha Goldstein-Sabbah, author, historian, and digital curator of the Amsterdam Jewish Historical Museum; and Doreen Dangoor, who lived through the events of the Farhud, to mark 80 years since the massacre of Iraqi Jewry. Register here. Tuesday, June 1, 11:00 am.