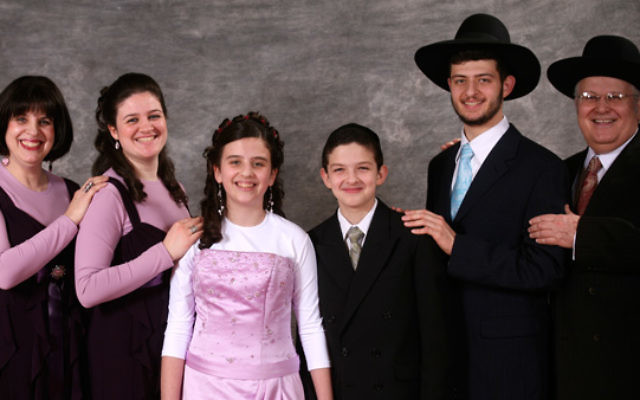 Editor's Note: This article was originally published in November 2012.

When I was younger I remember how I always looked forward to celebrating the High Holidays Days. I looked forward to eating the candy on Simchat Torah and the matzah on Passover. For Sukkot I would make beautiful decorations that my father would hang up in our family sukkah. Now I’m 15 and have slowly begun to realize that the Jewish holidays we celebrate have so much spiritual significance and the objects associated with them, such as candy and paper chains, are the most insignificant parts of these celebrations.

Every holiday contains grains of spiritual truth. On Tisha b’Av, we mourn and commemorate Jewish peril throughout history. We pray that Hashem recognizes our faith in Him and the fact that we will always honor Him and his mitzvot. Many other holidays have that same spirituality. Like on Simchat Torah we rejoice because we have completed a year of reading the story of our people and we spiritually feel the happiness and the excitement of starting the cycle over again.

I dreaded Yom Kippur when I was younger. All of my older siblings would stay in shul for long hours; my twin brother and I would play quietly with our toys in shul. When the services ended, I begged my older sister to play with me and my favorite Polly Pockets. She always got annoyed with my nagging and complained that she was too exhausted from fasting. So as you can see, Yom Kippur and I weren’t “best friends.”

But now that I am older I have a totally different approach to Yom Kippur. Davening and fasting have made me aware of the seriousness of the day. We are begging Hashem for a chance to live another year.

The cantorial singing of my father, Cantor Reuven Blum a”h, enhanced my Yom Kippur davening. Every year on Rosh HaShanah and Yom Kippur my family would accompany my father to a large shul, Congregation Ohav Shalom in Merrick, L.I., where he led High Holy Day services. My father had a professional, trained cantorial voice. When I reached the age of 9, I realized how beautiful his voice was, and his spiritually uplifting prayers became a huge factor in my appreciation of Yom Kippur.

Since his passing in 2011 the holidays have become more meaningful. I understand the prayers because of my father. I remember the tunes he used for every prayer; every note reflected the words in the prayer. When he read the prayer of “Hineni,” which describes our fear of being judged by Hashem, I heard fear. When he read “Aleinu,” which states our love and allegiance to Hashem, I heard the voice of a loyal servant. In shul I close my eyes and I see and hear him on the bima looking up and raising his beautiful voice.

Yom Kippur hasn’t been the same in the year and a half since his passing. Rather than losing my spiritual connection to Yom Kippur through my father’s davening, I feel his help was enough, and I have gained a greater spiritual understanding of the davening.

Why do we celebrate Yom Kippur? The translation is “day like a lottery.” In Hebrew “yom” means day, “ki” means like and “pur” is a lottery. Yom Kippur is a day when everyone is in a lottery. No one knows if he or she is going to be sealed in God’s Book of Life. We pour out our hearts and souls in prayer to Hashem, not knowing our fate, but hoping that we will be given the chance to live another year. The day is also a time to reflect on the past year and think about how you can change in the new year.

I feel like my life is a lottery. My life spins through this lottery and Hashem picks the times of the moments in my life. He takes my days and years and decides my fate. He decides my future and he decides the good and the bad times in my present. That’s what I think Hashem is doing on Yom Kippur. He’s choosing the lot of every Jewish man and woman, boy and girl, and he’s picking their moments for the coming year.

One of the most important prayers that starts Yom Kippur off perfectly is Kol Nidre. It’s one of the first prayers we say and it starts the holiday in a very serious mood. The author of the tefilah is unknown, however, we do know it was written during the time of the Geonim in the seventh century.

Kol Nidre became significant to the Marrano Jews during the Spanish Inquisition because they were forced to make vows to become Christians and deny their true, Jewish beliefs. Therefore, every year, Kol Nidre enabled the Marranos to annul their vows and continue to follow Jewish laws in secrecy. Through this prayer, Spanish Jews were able to survive and preserve their inner beliefs. This prayer’s words are a plea. We ask Hashem: please forget our broken vows, broken promises and bad deeds; make them meaningless.

This year I hope to accomplish many things. I hope to change myself for the better and correct my sins. An ultimate goal of mine is to attempt to refrain from speaking lashon hara, evil speech. This challenge may be difficult, but it’s something I’m willing to take on in the spirit of a new, clean slate for the new year.

From now on, instead of dreading Yom Kippur like I used to, I look forward to this special holiday. It’s the one day of my life I feel closest to Hashem.