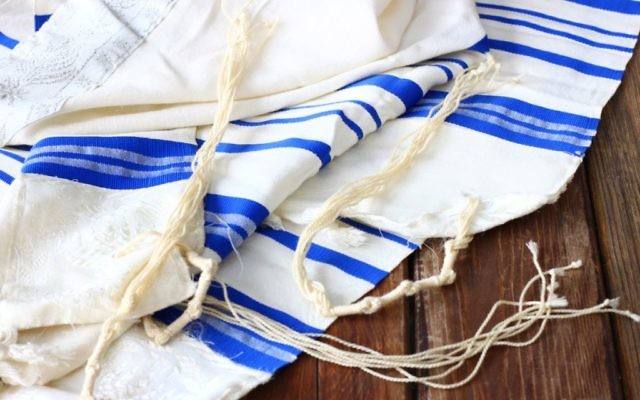 Beginning in toddlerhood, my daughter Kate embarked on a lifetime of being poked and prodded, assessed and reassessed, and being escorted to multiple therapy appointments to address both a body and mind that were out of sync with everyone else. I felt helpless, like a failure and utterly alone.

Still, my loneliness doesn’t compare to Kate’s. Now almost 21, she still has no friends and remains misunderstood by peers and adults. As a child, she was constantly described as “quirky.” Rejecting that label, she now just seems to be invisible and I am resentful of systems and schools and professionals who failed us.

When she was 15 months old, a doctor told me I was an overbearing Jewish mother after I expressed concern about Kate’s development (or lack thereof). At age 7, I watched with shock when her teacher did nothing after a classmate at our Jewish day school announced in front of everybody, “Kate, no one would want to be your friend.”

I was told “No thank you” by another teacher at the school when I offered resources and access to my daughter’s therapists (on my dime) so they could have a better understanding of her specific needs. Add to the list her middle school experience in public school and at an all-girls’ Catholic high school (unfortunately, no Jewish options exist in our community beyond sixth grade). And on and on and on …

But thank goodness, one area where Kate’s light has always managed to shine bright is through her Judaism. I’ve always said I could put her on a desert island and she would find a way to be Jewish. In preschool, she learned Hebrew words from a native Israeli who did not speak English and therefore also was ignored by the other kids.

At 8, she read Torah for the first time at that same Jewish day school, and at 11 did so in front of her congregation. When she was 15, Kate participated in a pilgrimage trip to Israel, where she described being the “shaliach tzibur,” the prayer service leader, atop Masada as the highlight of her monthlong tour. And by 19, she was serving as “gabbai rishon,” a volunteer who runs the service, of our shul. Even today, I’m sure she is the only one at her state university that lights Shabbat candles in her room.

My daughter loves to be Jewish. For years I’ve listened to her mumble the prayer before draping her tallit around her shoulders and observed her as she carefully wrapped its fringes around her fingers before holding them to her forehead while reciting the Shema, or leading the congregation during one of the day’s services. She likes being counted as part of the minyan. Her presence matters.

There’s another thing that Kate loves: superheroes, from the television show “Supernatural” to the classic franchises. She holds her own while debating the merits of Marvel vs. DC with her uncle (Marvel, for sure) and writing a college term paper about the anthropological and spiritual undertones of television brothers Dean and Sam Winchester. They, along with Captain America, Spiderman, Super Girl, Agents of S.H.I.E.L.D. and many others are her friends and her inspiration.

My daughter relates to misfit characters who have overcome their stations in life, whether they are from Krypton or Kansas, because that is what she has done for two decades and counting — she’s overcome.

These stories show her that she can save herself by persevering and continuing to be the resilient young woman that she is. But some days it’s hard.

I think some days, she feels as if having fictitious superheroes as role models isn’t enough. It is on those days that I remind her that she, too, has a special cape — her tallit that patiently waited for her in a drawer from the time she was 7 until she took her rightful place as a bat mitzvah. She doesn’t need an occasion to wrap it around herself. She can put it on, sit quietly, and be enveloped in her Judaism and the power of faith. She can realize that she is not invisible but an authentic superhero in her own way.

Elissa Einhorn is a freelance writer and the mother of twin daughters.

This blog originally appeared in Kveller, a thriving community of women and parents who convene online to share, celebrate and commiserate their experiences of raising kids through a Jewish lens.