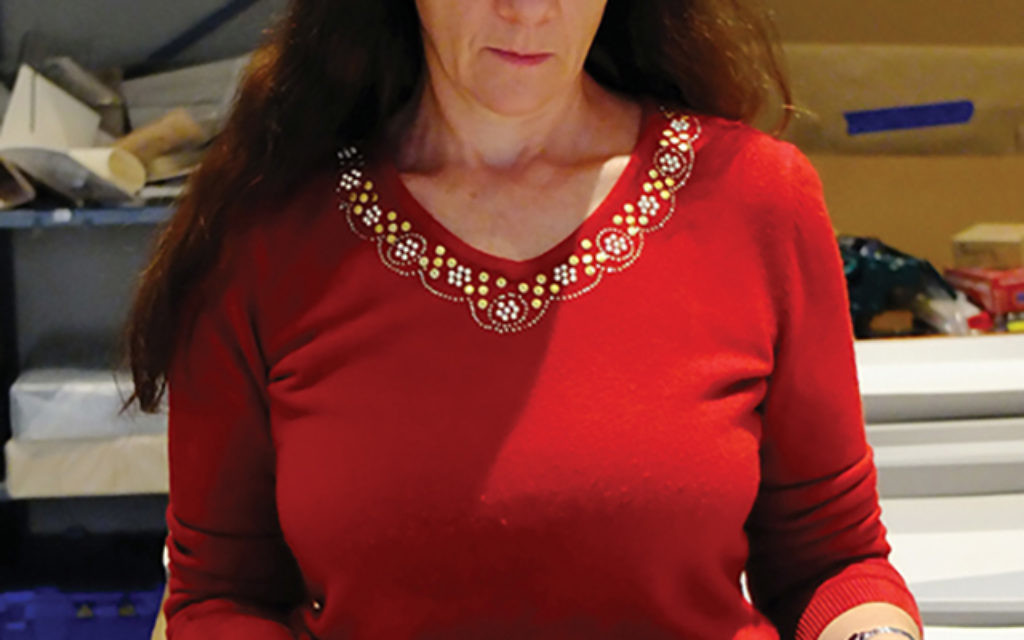 Can you identify the source of a medal button, about two inches in diameter, which bears the drawing of Golda Meir hugging Richard Nixon? Or a button with the words “matzo balls/no bombs”? Or a yellow one that states, “Happiness Is a Warm Rabbis’ [sic] Bible”?

If you can, the Museum of Jewish Heritage – A Living Memorial to the Holocaust would like to hear from you.

Those three buttons are among a collection of 1,619 that the museum received two years ago from the estate of a California collector of all sorts of Judaica. The provenance of some of the buttons — including well-known Jewish organizations, easy-to-identify Jewish events, and prominent politicians — has already been established by museum staffers.

“We’ve been researching this as best we can,” said Esther Brumberg, senior curator of collections. “We’ve gone as far as we can systematically” through Google searches, calls to various Jewish organizations and outreach to other obvious sources. When properly identified, the buttons will become part of museum exhibitions about various historical/social/religious themes.

Now the museum is turning to the public to identify its “mystery” buttons.

Though the scanning, digitizing and describing process of all the buttons is not completed, many are available at collection.mjhnyc.org — in the search box type in “gift in loving memory of Herbert and Nancy Bernhard.”

The Bernhards were Los Angeles philanthropists whose children donated the buttons. Mr. Bernhard died in 2008; his widow, in 2010.

The museum keeps the buttons in custom-made archival boxes, about the size of a standard pizza box but more rectangular, in a climate-controlled room. Some emerge occasionally for a private showing.

Brumberg and Erica Blumenfeld, manager of travelling exhibitions, point out a boxful one recent morning in the museum’s prep room. Buttons of various dimensions. Buttons with attached ribbons. Round buttons, square ones and some lapel pins. Mostly in English, with some that feature Hebrew, Yiddish, Russian, Spanish, French, German, Latin and Danish.

In the collection are buttons with maps of “Israel-Palestine in all sorts of borders,” Brumberg said. And JDL buttons. “We got a lot of these.” Holocaust-related buttons. And “Lots of zachor [remember] buttons.” A button with bright flames above the initials “LHMFG.” That one, issued by the Orthodox Union’s NCSY youth group, was part of a movement against lashon horah, speaking badly about another person; the initials stand for “Lashon Horah Means Fiery Gehinnom [hell, the punishment for those who don’t guard their speech],” a takeoff on the 1960-70s slogan of Lucky Strike cigarettes, “Lucky Strike Means Fine Tobacco.”

“Buttons are not ephemeral,” Brumberg said — they contribute to the understanding of particular eras or Jewish causes. “Scholars studying any period of history use artifacts of the time — what we might call items of material culture to illustrate ideas and attitudes,” said Jeffrey Gurock, professor of American Jewish history at Yeshiva University. “Often, buttons or medallions offer us entry into the thoughts and actions of masses of people who have offered no written testimonies. Such evidences are surely serious history.”

Brumberg, who has worked at the museum since 1986, says her research on the buttons’ background has added to her knowledge of recent Jewish history. “I learn a lot about history every single day.”