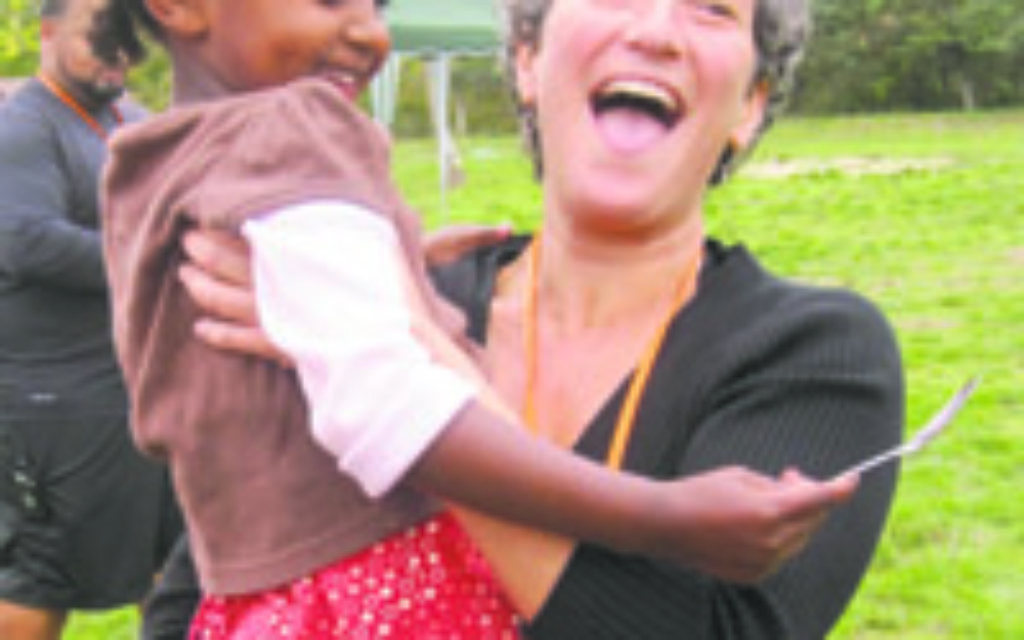 When Rabbi/Cantor Angela Buchdahl was growing up — the daughter of a white Jewish father and a Korean-American mother — she and her sister “always felt like the ‘only ones’” that were non-white in Jewish settings.

Today, her three children attend the Abraham Joshua Heschel School, and each is in a class with at least one other mixed-race Asian. “And there are other races as well,” she noted.

Meanwhile at Manhattan’s Central Synagogue, where Buchdahl is a member of the clergy, there are at least 20 families with Jews of color, not counting Sephardic or Mizrachi Jews.

“Things have changed quite a bit,” she said in an interview conducted by e-mail. (She was resting her vocal cords for an upcoming solo at the installation ceremony last weekend of Rabbi Rick Jacobs as the Union for Reform Judaism’s new president.)

Rabbi/Cantor Buchdahl’s observations are reflected in the comprehensive UJA-Federation of New York population study released this week. The first Jewish population study to ask about race, it finds that approximately 12 percent — or 87,000 — of New York Jewish households are “multiracial or nonwhite.”

This category includes households in which survey respondents were both Jewish and black, Hispanic, Asian or biracial, or in which white Jewish respondents reported that their household is bi- or multiracial. “As a group they are divided almost equally among four groups: Hispanic respondents, Black respondents, white respondents with biracial households, and biracial respondents, with small numbers of others (for example, Asian-American respondents),” the study reports.

In short, the category encompasses a wide range of profiles — among them interracial couples and their children, adult children of interracial couples, white couples with non-white adopted children and non-whites who were either born Jewish or converted to Judaism. And it is not clear how many families fit each profile.

“There are a lot of sub-categories that need to be teased out,” said Steven M. Cohen, the director of research for the study.

For decades, Sammy Davis Jr. was the only Jew of color who was a household name. Now a quick scan of headlines from the past few months reveals that the legendary black Muslim boxer Muhammad Ali attended the bar mitzvah of his Jewish grandson (the child of a white Jewish father and black Muslim mom), black Orthodox Jewish rapper Y-Love (who converted to Judaism) came out as gay and black Jewish hip-hop artist Drake (white Jewish mother, black gentile dad), a Jewish day school grad, released a controversial “bar mitzvah” video.

But there is no typical multiracial Jewish family: the category represents a mix of races and ethnicities, as well as a wide range of family and national backgrounds everywhere on the spectrum of Jewish observance.

“To call everyone ‘Jews of color’ is really a disservice because there’s so much variation,” said Diane Tobin, director of Be’chol Lashon, a San Francisco-based group that conducts research and offers various programs throughout the United States, including an overnight summer camp for multiracial Jewish children. “Between intermarriage, conversion and adoption, there’s so many different paths and ways people are identifying as being Jews.”

Noting that the 2010 U.S. Census found that the number of multiracial children in general had increased by over 50 percent since 2000, and that recent surveys show historically high rates of acceptance of interracial marriage, Tobin applauded the UJA-Federation study for asking about race, and said it’s important to learn more about this growing population.

What multiracial Jewish households share, say advocates, is a sense of isolation and a desire to connect with other Jews of color.

April Baskin, the president of the Jewish Multiracial Network, whose annual retreat last weekend at a Jewish retreat center in Pennsylvania attracted 100 people, said, “We have people who are strongly identified as atheists and others who are ultra-Orthodox. But we all share this need to begin to shift the consciousness of the Jewish community.”

Baskin, who is 28, was raised in a Reform congregation in Sacramento; she is the daughter of a white Jewish mother and an agnostic African American and American Indian father who, she recently learned, had some Jewish ancestors.

“Other than being a Jew of color, I had a pretty normative Jewish experience” growing up, said Baskin, noting that she was active in the Reform youth group NFTY as a teen and in Hillel as a college student at Tufts University.

It was in college that she first felt singled out for being multiracial. Like many other non-white Jews, she at times feels frustrated by always having to explain her background and answer questions from Jews who are curious why she looks different. “I moderated a panel at the retreat about what kind of questions do you get asked, and one guy on the panel said, ‘I just print out 30 copies of my bio and hand it to people” as soon as they start asking questions, Baskin said, laughing.

For her college thesis, Baskin conducted a national online survey of Jews of color. In response to an open-ended question asking, “‘Is there anything else you’d like to share?” almost every single person said, ‘I want to meet other Jews of color and/or hear their stories,’” Baskin recalled. “I realized there was a need to create a forum for that.”

With its retreats, an online community of almost 1,800 people and various other programs, the Jewish Multiracial Network is one such forum. Founded 15 years ago by a small group of white parents with non-white adoptive children, the volunteer-run network has become more diverse, with most of its board members now Jews of color or white Jews in interracial marriages, Baskin said.

The New York chapter of Be’chol Lashon holds monthly discussion groups at the Jewish Board of Family and Children’s Services.
Be’chol Lashon grew out of the Institute for Jewish & Community Research’s studies on multiracial and non-white Jews, after discovering that participants gathered for focus groups “overwhelmingly wanted to get together again.”

“People felt a sense of isolation, they didn’t know other people like themselves,” said the organization’s director Tobin, who is white, but has an adopted African-American son.

One common denominator among non-white Jews, according to the UJA-Federation study, is relatively low rates of Jewish engagement.

The study reports that respondents in nonwhite households “tend to eschew any denominational affiliation,” and are far more likely to be intermarried (54 percent versus 18 percent for all-white Jewish households — not surprising, since many interracial couples are also interfaith). Significantly fewer join synagogues (27 percent versus 47 percent), very few have mostly Jewish friends (18 percent versus 57 percent — again, not surprising considering that many have non-Jewish family members) and their use of Jewish day schools is less than half that other Jewish households.

Cohen, the study’s co-author, said multiracial and non-white Jewish households have a “very similar profile to that of the intermarried, with possibly more geographic spread.”

“All our events are now partnered with a mainstream Jewish organization; it’s part of our policy now, so people are coming into Jewish spaces,” Tobin said.

Central Synagogue’s Rabbi/Cantor Buchdahl remains one of only a handful of non-white and multiracial Jewish clergy members.

But she said she’s raising fewer eyebrows than she once did.

“Ten years ago, even if I led an entire service in Hebrew, people would still challenge me afterwards with ‘Are you Jewish?’” she recalled. “It was such a disconnect for them, they couldn’t reconcile it. But these days, people might ask questions, but they don’t challenge me in the same way.”