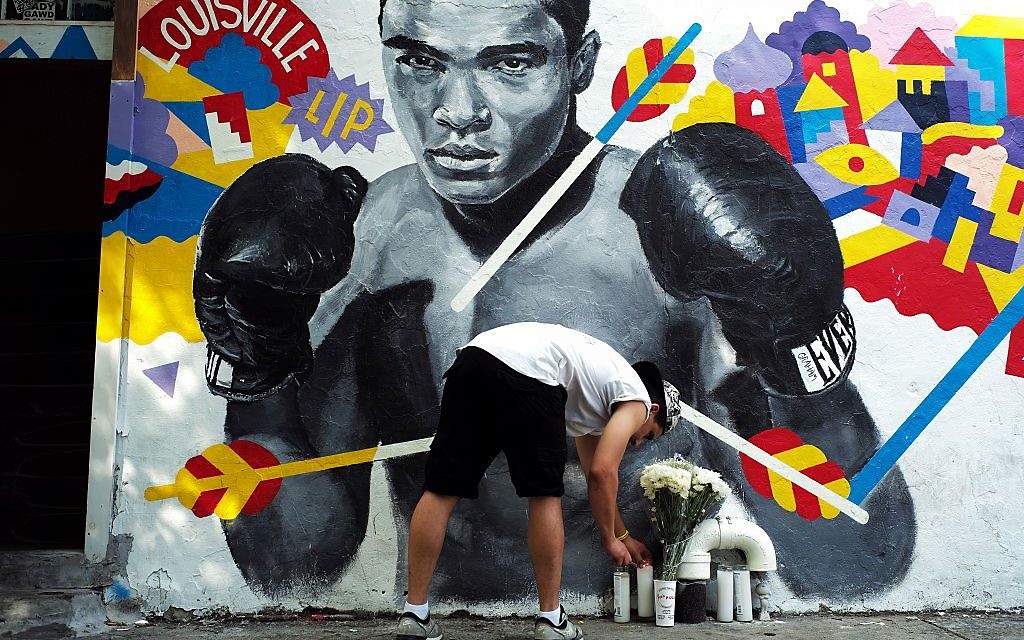 The Jewish world has spent the days since Muhammad Ali’s passing on Friday scrambling to find any connection Ali may have had with the Jewish people. The findings, which can be seen as a microcosm of Ali’s entire life, can be summed up in one word—complex.

The Jewish fascination with the three-time heavyweight champion should come as no surprise. Ali is known first and foremost for his achievements in the boxing world, a sport with deep Jewish roots. While the Jewish dominance of boxing came a full half-century before Ali even entered the ring, the sport is still occasionally referred to as a “Jewish sport.”

Although many Jewish sports fans today may not be aware, there was a significant Jewish boxing “Golden Age” that lasted from 1910 to 1940. This was a time period that saw twenty-six Jewish world champions. Most prominent among those champions were Benny Leonard and Barney Ross, each having won a series of lightweight championships in the 1920’s and 30’s respectively. Sportswriter Budd Schulberg even likened Leonard to Ali, calling Leonard his “early century counterpart.”

Ali is just as notorious for his life outside the ring. Known for his anti-war stance and for defending Islam as a peaceful religion, he was both an opponent of Zionism as well as an advocate for Jewish causes.

US boxing legend Muhammad Ali waves to the audience as his wife Lonnie looks on after being awarded a special Bambi for lifetime achievement, 27 November 2003 in Hamburg. Getty Images

As reported by the JTA, in a 1980 interview with India Today, Ali accused Zionists of controlling America and opposing Islam. Six years earlier, while on a tour of Palestinian refugee camps in Southern Lebanon, Ali pledged support for the Palestinian cause and their effort to “oust the Zionist invaders.”

Ali’s opposition to Zionism did not stop him from appealing to Islamic extremists in 2002 to release Daniel Pearl, a Wall Street Journal reporter who was captured in Pakistan. Ali pleaded to his captors to treat Pearl in the same way they would treat any Muslim. After Pearl was eventually beheaded, Ali and his wife attended a private memorial service for the slain journalist.

Ali’s connection to the Jewish world in his private life was far less complicated than in the public realm; the heavyweight champion counted several Jews among his closest friends and family. Drew Bundini Brown, Ali’s assistant trainer, converted to Judaism in the 1950’s after marrying the Jewish Rhoda Palestine. The Jewish sports reporter Howard Cosell formed a close kinship with the Boxer. Ali would later attend Cosell’s funeral in 1995 where he met and became friends with Jewish comedian Billy Crystal.

Jews were not just friends with the World’s Greatest; they were family. Jacob Wertheimer, Ali’s grandson, had a Bar Mitzvah in 2012 and Ali attended.

Ali’s death Friday was attributed to respiratory failure associated with his Parkinson’s disease. Parkinson’s, which is a disease of the Central Nervous System, is common among Ashkenazic Jews. Ali, who was diagnosed with the disease in 1984, has spent three decades fighting the disease. His work with the Michael J. Fox Foundation for Parkinson’s Research and his own Muhammad Ali Parkinson’s Center has helped thousands of people suffering with the disease. His fight against Parkinson’s was just another battle where Jews and non-Jews alike could be thankful to have had Ali in their corner.