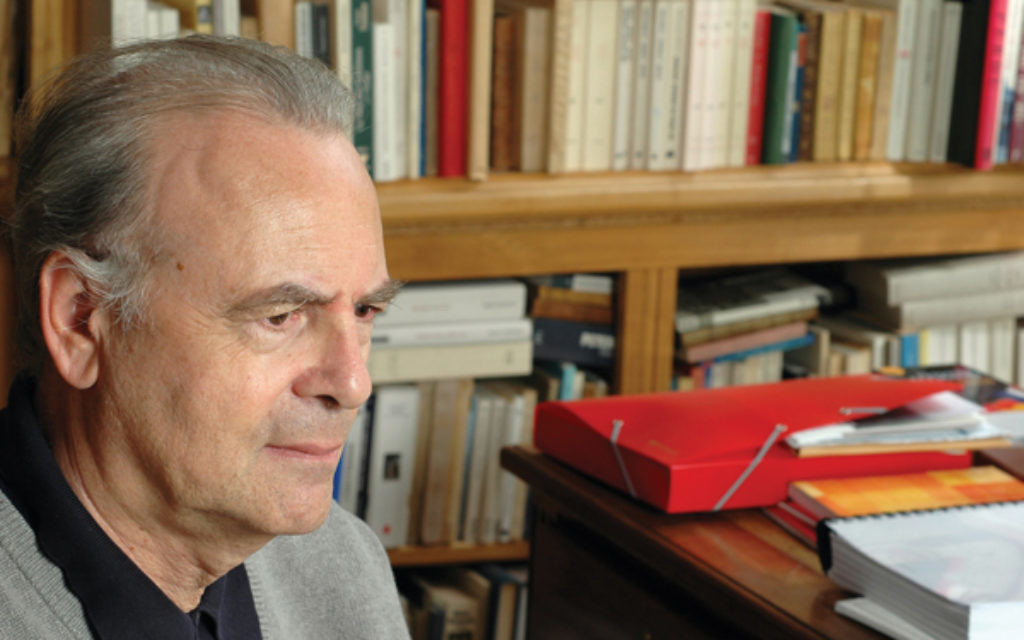 Patrick Modiano’s newly translated novellas are mysteries of remembering and forgetting. The fictional narrators, who resemble the author, search for truth about an elusive past, always linked to the Nazi occupation of Paris.

When Modiano was named winner of the 2014 Nobel Prize in Literature, few Americans were familiar with the bestselling French writer’s work. Now, three novellas are available in English for the first time, in a translation by Mark Polizzotti, as the trilogy “Suspended Sentences” (Yale University Press). Published separately in French between 1988 and 1993, the novellas are linked in their tone and texture and their strong suggestions of autobiography.

Born in 1945 in a suburb of Paris, Modiano is the son of a Jewish businessman from a Sephardic background and a Belgian-born actress who was frequently away on tour; his parents divorced when he was a child. Since the publication of his first novel, “La Place de l’Etoile,” in 1968, Modiano has published many other books, and also worked with director Louis Malle on the Academy-award winning feature film “Lacombe Lucien.”

In fact, it’s easy to imagine each of the novellas as a short film. The characters are distinctive, particularly the band of circus and nightclub performers who take care of the narrator and his younger brother in the title story. The scenes of Paris and its outskirts are richly colored and, also, shadowed with loss. Modiano’s characters walk a lot and sit in cafés, so there’s much urban landscape here, what the author calls a “romance of lost itineraries” around the City of Light.

As Polizzotti explains in a thoughtful introduction to the book and also to the work of Modiano, this is a Paris that no longer exists, “or that most people’s eyes do not see.” He compares the atmosphere to “Marcel Carné’s fog-drenched films, Edith Piaf’s smoky laments and Brassai’s nocturnal photographs.”

In the first novella, “Afterimage,” the narrator tells of his connection to a photographer he met in a chance meeting in 1964, and he thinks back about him 30 years later. The photographer, Francis Jansen, had been close to Robert Capa, who took the younger man under his wing. The only two photos in his studio are of a younger Jansen with Capa, and a portrait of a woman. The narrator learns that after both of their deaths, the photographer has withdrawn into himself.

“He was a man of few words. He did everything he could to be forgotten,” the narrator says of Jansen. A prominent influence on his photos, and his life, was his desire to keep silent. His favorite of all punctuation marks was the ellipsis.

The narrator takes on the task of organizing the photographer’s oeuvre of 25 years, stored in a stack of three leather suitcases. He learns that Jansen had been imprisoned in the transit camp of Drancy, and that while he survived, others close to him did not. The two men walk Paris together as Jansen documents places of meaning to people who are no more, adding to his portfolio of silence, before he slips out of town. The narrator understands that he won’t return and is left to make sense of the photographer’s life. He is the gatekeeper of Jansen’s memory, even as he feels his own memory and identity are slipping away.

Modiano’s writing is straightforward and his language, as translated by Polizzotti, is beautiful and spare; he piles on details, but between sentences he leaves questions unanswered, things unsaid.

The author, who has also won prestigious French literary awards including the Prix Goncourt, has said, as quoted by Polizzotti in the introduction, “The more obscure and mysterious things remained, the more interested I became in them.”

In the trilogy’s middle novella, “Suspended Sentences,” he imagines a 10-year-old’s view of life as he and his brother are in the care of a houseful of women, while his mother is off performing and his father is also away. Among the women is a former circus rider and acrobat who was injured and can no longer perform, and another who wears a leather jacket and then exotic blue jeans from America. Many others passed through the house, treating the boys with exceptional kindness, and sometimes taking them along on errands. The narrator’s memories are dreamlike, remembering these figures by their faces, expressions and the kinds of cars and motorcycles they park outside. He wonders about the secrets they share with each other, unsuspecting any criminal activity. Later, he would question whether they existed.

There’s also a scene here that is signature Modiano, which is found in some guise in many of his works. The narrator’s father, who is Jewish, is arrested by the French police working with the Gestapo, and then quickly and mysteriously freed by a black marketer collaborating with the Nazis. This is how Modiano’s father survived, working with those who freed him.

In the final novella, “Flowers of Ruin,” the narrator is an adult, sharing intriguing details about the man who helped his father get out of Nazi detention. Sitting at a café, after he had met the man, whose name is Pacheco, he constructs all the hypotheses he can and begins writing what becomes his first book.

“It was neither a vocation nor a particular gift that pushed me to write, but quite simply the enigma posed by a man I had no chance of finding again, and by all those questions that would never have an answer.”

Polizzotti, who has previously translated many books from French to English and serves as director of the publications program at the Metropolitan Museum of Art, notes that in an omnibus edition of his French novels, Modiano comments about these works, which, taken together, “form a single work. … I thought I’d written them discontinuously, in successive bouts of forgetfulness, but often the same faces, the same names, the same places, the same sentences recur from one to the other.”

Next fall, Yale University Press will publish Modiano’s “Pedigree,” a memoir of his first 21 years, revealing the stories behind his novels. While his fiction contains autobiographical elements, this book, first published in 2005, was written as a memoir. It speaks most directly and fully about his parents’ lives under the Nazi occupation.

As Modiano writes in the memoir, also translated by Polizzotti, “I’m writing these pages as one might compile a report or resume, for documentation and to have done with a life that wasn’t my own.”