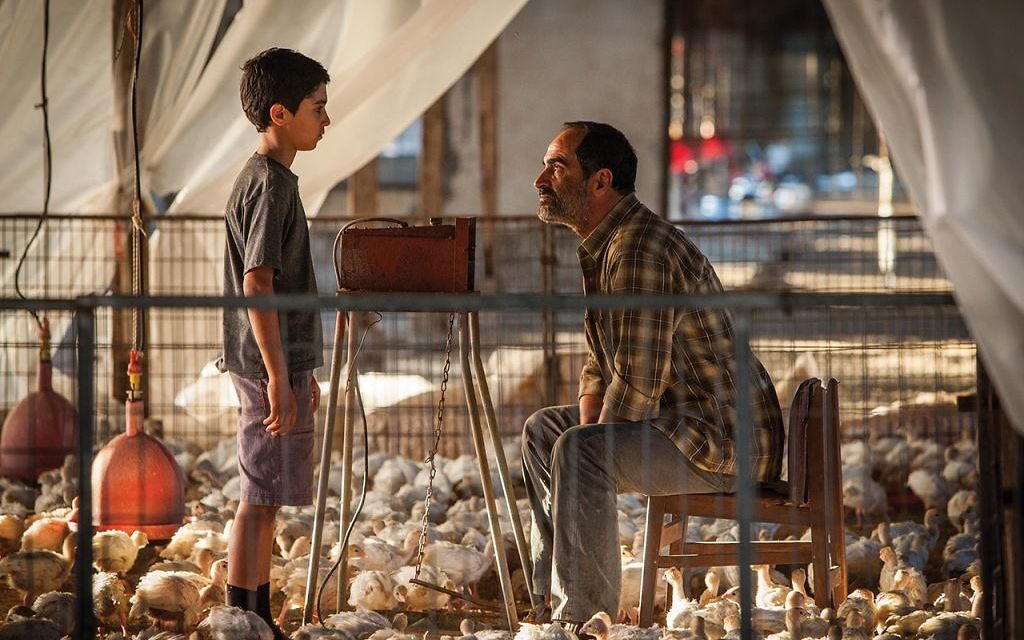 For the fourth installment of the Israel Film Center Festival, a welcome addition to the cultural calendar, family — especially the Mizrahi nuclear family — is everything. And while it may be too soon to call this a cinematic trend — running counter, as it does, to Israeli films that deal with politics and matters of war and peace — three films in this year’s festival tread over that little-cultivated ground.

“Baba Joon,” the festival’s opening night feature, “Encirclements/Hakafot” and the Shemi Zarhin’s “The Kind Words” all focus their attention on working-class families that are not from the dominant Ashkenaz culture.

“Baba Joon” is a significant first feature for Yuval Delshad, not only as the directorial debut for the Iranian-Israeli filmmaker but also as the first Persian-language film made in Israel. Equally important, for two-thirds of its 90-minute running time, it is a nicely observed, visually imaginative work that showcases an impressive performance by 13-year-old Asher Avrahami, who plays Moti, the son of second-generation turkey farmers in a small moshav very much like the one in which the writer-director was raised.

Like most younger adolescents, Moti isn’t sure what he wants to do with his life. Raising turkeys, however, is definitely not on his bucket list, much to the dismay of his father Yitzhak (Navid Negahban, who will be familiar from his appearances on “Homeland”). When Yitzhak’s brother Darius arrives from the U.S., where he is enjoying success as a jewelry maker and salesman, it exposes the rifts that split fathers and sons from generation to generation.

Delshad draws the internal dynamic of the family with swift, deft brushstrokes. Frequently dividing the screen with an almost abstract geometry, he emphasizes the fragmenting tensions that threaten family unity while simultaneously underlining the centripetal forces that hold these people together. It’s a neat trick, accented by some lovely camerawork from Ofer Inov, the film’s cinematographer. In the last third, unfortunately, Delshad succumbs to freshman stumbles, with the increasingly sinister role of Moti’s grandfather seeming to come from nowhere. The resulting narrative trajectory feels squashed like a concertina, but for the first hour, “Baba Joon” is very promising.

“Encirclements,” written and directed by Lee Gilat, could be described in almost the same terms. Another coming-of-age drama about a bar mitzvah boy, Aharon (a splendid performance by Agam Ozalvo) from a working-class Mizrahi family, who must balance the expectations and needs of his two bickering parents against his own desires. His father, ironically named Bezalel (Lior Ashkenazi), is the community plumber, a bitter man who spars regularly with the neighbors; Rosa (Assi Levy) has endured six miscarriages trying to give Bezalel a second child and is at the end of her patience with his self-pity. When Aharon is chosen for the honor of carrying the Torah for the first hakafah on Simchat Torah, he unwittingly brings matters to a head.

Although “Encirclements” is Gilat’s first feature, she has assembled a powerful cast. In addition to Ashkenazi and Levy, she benefits from the gravitas of Uri Gavriel as a wistful and thoughtful rabbi, and Ya’acov Cohen as one of a group of old-timers who provide Aharon with amused moral support. Gilat balances several parallel plots running along generational lines, with Aharon’s schoolmates providing both antagonists and love interest, the seniors echoing them. The ending feels a bit attenuated, and the elements of muted magical realism tentatively offered feel forced, but there are some genuinely funny moments and enough mystery to appeal to the spiritually minded.

Compared to Delshad and Gilat, Evgeny Ruman is a leathery veteran. “The Man in the Wall” is his second theatrical feature and he has also directed a telefilm and several shorts. Frankly, the experience stands him in good stead, because “The Man in the Wall” is the kind of technical challenge that less practiced artists might not even dare. The film, which was shot in six days in a single Tel Aviv apartment, is composed entirely of sequence shots (that is, complete scenes done in long takes), with a restless camera roving the fairly elegant apartment while Shir (Tamar Alkan, who resembles a tougher, edgier Brooke Adams) comes gradually unglued by her husband’s disappearance. Over the course of a single, nerve-wracking night, she is visited by a pair of ominous cops, her lover, her father-in-law who has loaned the missing man money, a female friend who is his ex-lover, a mysterious woman from a hidden facet of his life, and the ghost of her late mother.

The solution, when it finally comes, is a bit of a disappointment, but Ruman’s use of long takes with their labyrinthine camera movements gives the film a juicily over-heated feeling, a bit reminiscent of John Cassavettes without the latter’s longueurs and occasional shrillness.