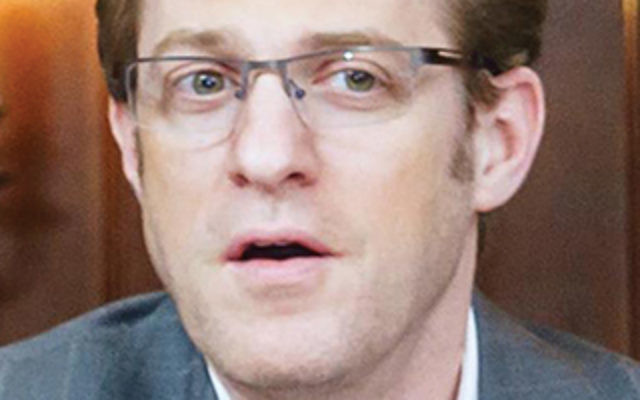 The Torah calls Noah a tzadik, a righteous person, a term not used casually in the biblical tradition, even to describe Abraham or Moses.

On the verse: “With God did Noah walk,” Rashi, quoting the Midrash, says that in regard to Abraham the Torah states: “Walk before me” [Gen. 17:1], implying that unlike Abraham, Noah needed God to help him along. And when God commands Noah to build an ark, He says: “Make for yourself an Ark [Gen. 6:14].” The Alshich, a 16th-century commentator, suggests the phrase “for yourself” is included to typify Noah’s behavior. Since Noah only tried to save himself, God told him to make an ark “for yourself.”

Why do our Sages paint such a dim picture of Noah? No doubt, an individual who maintains his values in a society as corrupt as Noah’s should be considered righteous, whether he was as great as Abraham or not. And if it was because Noah stuck to himself, unlike Abraham who went out to save the people, perhaps Noah was concerned that he would get caught up in the lifestyle of his generation and then all would be lost. Maybe Noah decided to play it safe and simply follow what God told him to do. So why the sharp critique by the Sages?

The Ark was Noah’s means of survival — literally a lifeboat to save him and his family from the flood. However, as Rashi points out, there was a greater purpose for the Ark: “So that the people of the generation would see Noah working on it for 120 years, and they will ask him what is that you are building? Noah will respond that God is going to bring a great flood and, perhaps, they will repent.”

The spectacle of Noah hammering away on an ark all those years was intended to prompt the people to start asking questions. The Ark was not intended to simply save Noah but to prevent the flood from happening in the first place. Why else did it take 120 years to build? Why else did God require such detailed specifications in its construction? As Rashi points out, God could have saved Noah in a cloud of glory, or some other miraculous way. The Ark’s construction was to give a 120-year opportunity for the people to think about their lives, to make changes and eventually return to God.

Simply put, Noah missed the boat. He failed to understand the true purpose of the Ark: to engage the people of his generation.

In the Zohar, the Ark represents the Torah, the structure that keeps us connected to our Divine source and spiritual heritage. We build ourselves “arks” — institutions of Torah, synagogues, day schools, tight-knit communities — to confront modernity and keep us connected to our faith and to each other. However, like Noah’s Ark, these “arks” are not only for us, the builders.

Our Jewish institutions must be for those who are not currently involved. Are our places of worship truly warm and inviting places or are they just working for the insiders? Are our day schools sufficiently inspiring the next generation? Have we allowed too many cliques and inner circles to exist in our communities, making it nearly impossible for newcomers to find their place?

A few years ago, on the High Holidays, a woman came to services at the Manhattan Jewish Experience, our outreach program. She had no ties to anything Jewish but felt she owed it to herself to explore her Jewish roots. She stood alone at the kiddush following services, watching the various clusters of friends, wondering if she could fit in. A moment later a man approached her: “You don’t know anyone here do you?” She answered, “No, I really don’t.” “Well now you do,” said the man. He then introduced the newcomer to his wife, who introduced the woman to others in the room. This woman found her place and has been a regular ever since.

If our ark is just for us, the insiders, then we, too, will have missed the boat. Let’s make our ark work for all our Jewish brothers and sisters.

Rabbi Mark N. Wildes is the founder and director of Manhattan Jewish Experience.