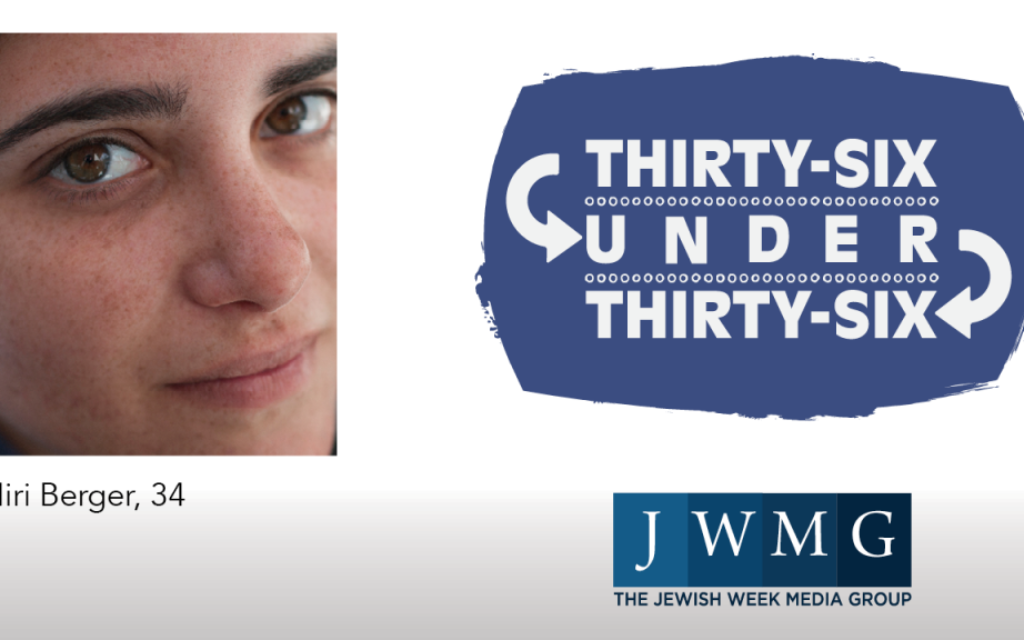 As the daughter of a pediatric surgeon and infectious disease specialist, Miri Berger grew up in Ramat Gan, Israel, spending a lot of time in hospitals. Berger passed the time by taking apart machines and putting the pieces back together. “I’m a material junkie,” laughed Berger. “I like the process of learning how things are made and how they work.”

During her army service, she met her husband, Aryeh Katz, a paratrooper who sustained a nerve injury during his military service. “While going through the rehabilitative process with him, I saw firsthand the frustrations an injured person goes through in the journey to recoup normal function,” said Berger. “I decided to formally study plastics, graphic design and 3D animation, realizing I could help create technology to help people like my husband return to normal life quicker.”

Berger studied a variety of subjects, including Maya and Solidworks —both are 3D modeling software — and ceramic design at the Bezalel Academy, as well as architectural stone masonry after graduation. After moving to the U.S. to continue her studies, the couple launched 6Degrees in 2015. The company uses patented technology to help people suffering from hand and arm disabilities resulting from stroke, paralysis, amputation, carpal tunnel syndrome and other diseases and injuries.

The technology consists of a learning algorithm that reads motion and translates it into commands, which can be used with phones, computers, tablets and other devices.

The company’s first product, Crescent, is a wearable band meant for people who have lost some degree of hand dexterity. While it’s still in prototype stages, the couple has secured patents for it as they refine its workability. So far, it has been tested on people with various hand and nerve injuries and will soon to be featured in a pilot study in Israel.

“Aryeh and I are both makers, and our initial challenge was shifting our perspective to business owners,” said Berger.

The couple, who live in Manhattan’s Financial District, ultimately hope to help develop and market the device so it reaches as many people as possible.

“What keeps us going is knowing that we will ultimately be helping people, especially wounded soldiers who face obstacles toward recovery, get back to normal life faster.”

Fear of flying: Berger earned a sky-diving license to overcome her fear of heights.