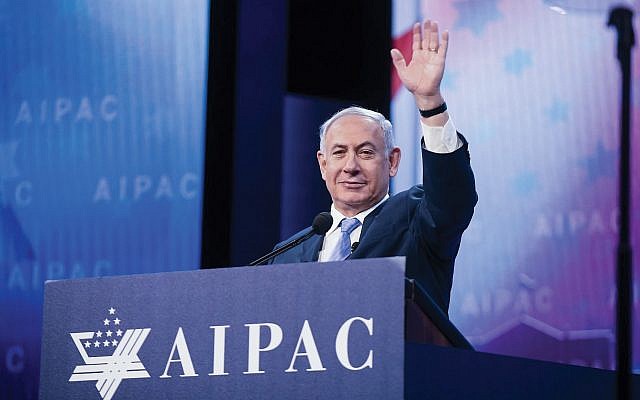 In a direct challenge to Israeli Prime Minister Benjamin Netanyahu, more than 100 millennial Zionists signed an open letter on Wednesday expressing their displeasure with the leader’s recent rhetoric and policies. The letter, published days before Netanyahu’s scheduled speech before the annual AIPAC Policy Conference and a scheduled meeting with President Trump, expresses the signatories’ “concerns and discontent with the policies, actions, and rhetoric of the Israeli government.”

“Mr. Prime Minister, we urge you to address these worrisome challenges both in your AIPAC speech to the American Jewish community next week and in your capacity as head of Israel’s government,” the signatories write.

Many of the signers of the letter, organized by the Israel Policy Forum and the Union for Reform Judaism, are Jewish professionals or lay leaders, currently or previously affiliated with organizations like AIPAC, American Jewish Committee, and Hillel International.

The letter calls on Netanyahu to address a host of concerns — “legislative initiatives that threaten Israel’s democracy, the lack of progress on issues of religious pluralism, and the dangerous rise of Jewish extremism that can be seen through efforts to mainstream the Kahanist Otzma Yehudit party” — that have made it more difficult for liberal Zionists to defend Israel.

“As we’re seeing the very principles of the founding of the state of Israel falling apart before our eyes, we feel that it’s more important that we speak up about this problem, and about the place they’re putting us in,” Elad Nehorai, an activist and leader of the progressive Orthodox organization Torah Trumps Hate, told The Jewish Week. “It feels like more and more we’re being split apart by the camps who want us to follow every word that Bibi says and to support a government that we see is increasingly undemocratic and hurting Palestinians and a camp that wants to completely delegitimize Israel.”

The letter says that its signatories are “committed to strengthening and advancing Israel’s well-being as a secure, Jewish, and democratic state.” But they stress to the prime minister, “It is becoming increasingly challenging for us to do this important work,” citing a range of troubling “policies, actions and rhetoric” by the Israeli government that make their continued advocacy for Israel increasingly more difficult.

Adena Philips, an organizational consultant and the chair of Israel Policy Forum’s young professionals network, Atid, said, “I worry that the sentiment that is expressed in the letter is not being highlighted enough by the institutions and the communal actors that are invested in this issue.” She added that the timing of the letter before the annual AIPAC conference was intentional.

“It’s important to me, and I imagine some of the other signers of this letter, that the conversations that take place at AIPAC and the words and ideas that Prime Minister Netanyahu shares address in a really honest way our concerns,” said Philips. She hopes the conference will be “not just a cheering rally but an honest conversation about some of our very real and grave concerns.”