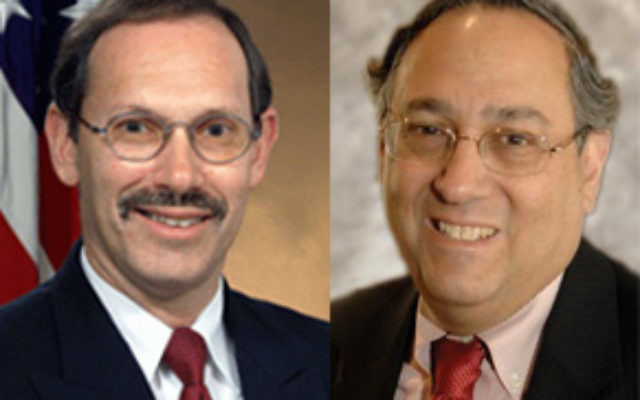 Keynoting a 1999 conference of Modern Orthodox Jews, a prominent Israeli Orthodox rabbi began his remarks by stating “God forbid that we should have a halachic state.” Before continuing, he repeated the comment for emphasis.

The 2016 Pew study of Israeli society attracted widespread attention in postulating potential conflict between the values of Judaism and those of democracy, and regarding the question of which ought prevail in a Jewish state. Israelis generally insist that Israel must remain Jewish and democratic. However, 36 percent of charedi Jews and 17 percent of national religious (dati leumi) Jews disagree on this point. More ominously, 89 percent of charedi Israelis and two-thirds of the national religious believe that were there conflict between the imperatives of halacha and those of democracy, the principles of halacha should take priority. By contrast, 89 percent of secular Israelis assign priority to democratic principles over those of halacha. Even more strikingly, 69 percent of national religious and 86 percent of charedim believe that the halacha ought be made official state law for Israeli Jews.

The Pew Study put this question in the starkest of terms; it reflects the increasing political power and influence of charedi Orthodoxy, which is indifferent, if not hostile, to democracy and its values. For decades, Modern Orthodox Israelis sought to reconcile halacha and democracy; many still do.

Nevertheless, the Pew Study findings are disturbing for multiple reasons: First, the data point to a society increasingly torn over its future as a Jewish state and what that connotes. Second, and arguably even more importantly, shared democratic values between the U.S. and Israel undergird the special relationship between Israel and its most crucial ally. Attenuation of Israeli democracy in turn may well undermine the longstanding special relationship, unlike any of America’s other foreign relationships with the possible exceptions of Canada, the United Kingdom and Australia. Finally, American Jews, overwhelmingly non-Orthodox in practice and belief, find themselves able to identify with an Israel that expresses its Jewish ethos unambiguously, but often recoil from an Israel whose state institutions and spokesmen delegitimate their own expression of the meaning of being a Jew.

The Mikvah Bill, which has passed the second and third reading in the Knesset, illustrates these increasing and unresolved tensions and anxieties about the future of the Jewish state. Immersion in the mikvah is considered the final step in conversion to Judaism symbolizing a new beginning for the convert. Observant Jewish women also immerse themselves upon completion of their monthly menstrual cycle. Last February, Israel’s High Court ruled that as a publicly funded institution the mikvah must be accessible to all. To deny access to Conservative and Reform rabbis, the Court ruled, would be both illegal and discriminatory. Yet in an effort to circumvent the High Court, as well as a ruling of Israel’s Attorney General, MK Moshe Gafni of United Torah Judaism then introduced a bill specifically barring Reform and Conservative use of the mikvah for conversion purposes while permitting its use for married women completing their monthly cycles. A compromise intended to create a small number of mikvaot [mikvahs] for use by Conservative and Reform rabbis has been bruited, but given charedi positions on numerous related issues, its implementation remains uncertain. Gafni’s language was particularly incendiary: “The Supreme Court declared war on the Torah. It will not cease until it destroys and decimates Judaism in the country.”

Underlying this initiative lies yet another ultra-Orthodox effort both to preserve the undemocratic monopoly of the Chief Rabbinate over matters of personal status, notably conversion to Judaism, and to delegitimate the liberal religious movements.  Equally troubling is the fact that Gafni and his compatriots expect that the governing Likud-led coalition partners will join hands in support of a bill whose passage would clearly indicate that Israel is less the state of the Jewish people than it is a state in which a religious minority may impose its practice upon the entire society. In exploiting the leverage necessitated by coalition politics, and especially in undermining the authority of both the Attorney General and the Supreme Court, they appear willing to damage Israel’s international standing as a democracy so as to advance their own selfish interest and disrespectful attitudes.

For American Jews, the stakes are considerable. Most conversions to Judaism in the United States occur under non-Orthodox auspices. Confronted with an Israeli initiative designed to prevent such conversions in Israel, Jewish Americans will read the bill, correctly, as intended to exclude sincere converts from Jewish status, rather than accepting them as Jews with all the Israeli rights pertaining thereto (even if they are not recognized in Halachic terms), as befits a democracy. More broadly, American Jews in turn will question their own stake in a Jewish state that appears so inhospitable to their own particular expression and practice of Judaism.

Two years ago AJC established the Jewish Religious Equality Coalition precisely to enhance religious pluralism in Israel and preserve ties between future generations of American Jews and the Jewish state. The Jewish Religious Equality Coalition includes institutional and individual members spanning the breath of Jewish religious practice and belief. Specifically, the Coalition numbers among its members numerous Modern Orthodox rabbis and constituents, itself testimony to the range of the Coalition and reflective of Modern Orthodox frustration with the Chief Rabbinate as official representative and governing body of Judaism in the Jewish state. The Coalition advocates creation of recognized alternatives to the monopoly of the Chief Rabbinate. Conversely, however, legislation such as the Mikvah Bill will only retard efforts to ensure a democratic and Jewish Israel while empowering an ultra-Orthodox minority that refuses to value democratic principles and procedures.

Drs. Dov Zakheim and Steven Bayme serve, respectively, as chair of the Jewish Religious Equality Coalition and as director of the Contemporary Jewish Life Commission, AJC.