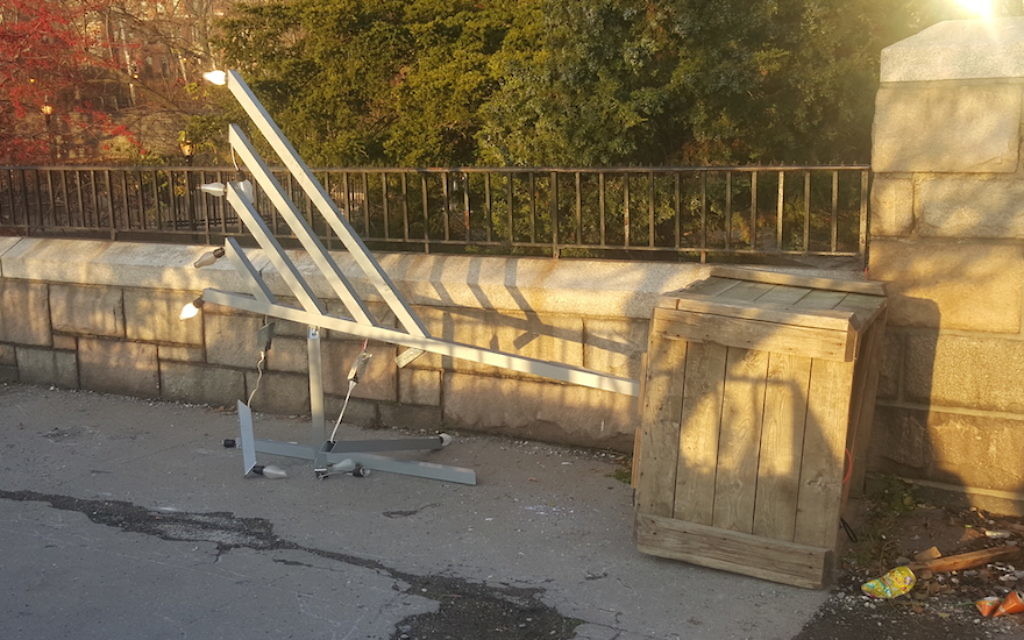 A large menorah was found vandalized on the Upper East Side of Manhattan.

Police found the menorah on its side with one half broken into pieces Monday morning at Carl Shurz Park on 86th Street and East End Avenue, two blocks from the mayor’s official residence at Gracie Mansion. They believe it had been toppled over on both Saturday and Sunday nights.

“Incidents like this have no place here or anywhere,” New York City Mayor Bill de Blasio said in a statement.

Congregation Kehilath Jeshurun and Chabad of the Upper East Side lit the menorah in a highly attended ceremony Sunday night. They plan to lead another lighting at 8 p.m. Monday.

“Last night we gathered to kindle the menorah, bringing light to the world, and this morning we found that we were met by an act of darkness,” Rabbi Elie Weistock of Kehilath Jeshurun said Monday. “But light always overcomes darkness, and tonight we plan to light the menorah again.”

A different menorah was stolen from a Chabad-Lubavitch synagogue in Salt Lake City, Utah, over the weekend. It was found outside an alumni house at a nearby college.

The theft was not being investigated as a hate crime.

Rabbi Benny Zippel told The Associated Press that the perpetrators were likely just “bored souls” who did not mean to be anti-Semitic.