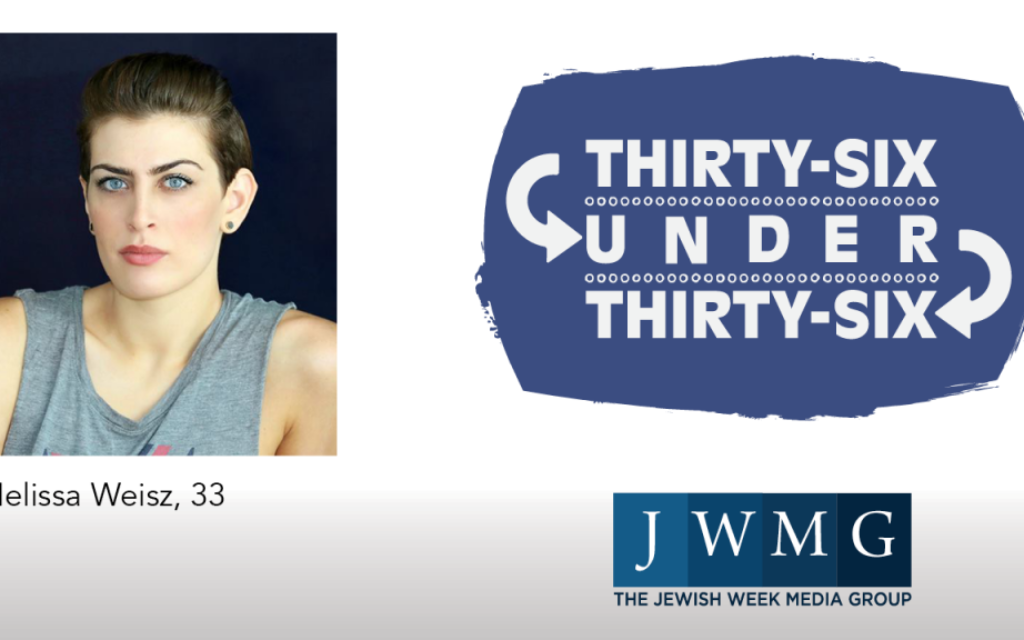 Through a friend who was doing some translating for a Yiddish-language “Romeo and Juliet” movie eight years ago, Weisz met the film’s producer. “They needed a Juliet,” she said — someone who spoke the mamaloshen. Weisz, who had grown up in a Yiddish-speaking Satmar family in Borough Park, and had just finished Touro College, got the job. And Weisz, who had planned a career working with children with special needs, got the acting bug.

“I didn’t know anything about acting. I had never read a script,” said Weisz, who has left chasidic life and is “not observant at all,” identifies as queer, and works fulltime as an actress in movies and plays.

“It was very cathartic,” said Weisz, who lives in Williamsburg, “on the other,” non-chasidic, side of the Brooklyn neighborhood. “You become the character you are playing.”

Last year she and Malky Goldman, a fellow ex-chasidic Jew, founded an independent movie production company named MalkySquared. (Malky was Weisz’ original name; she took on “Melissa” when she left the chasidic community because she “wanted to be anonymous,” not readily identifiable by a Hebrew name.)

MalkySquared is working on productions — often with a female and Jewish perspective, often dealing with sexuality — that offer an accurate portrayal of charedi life, she said. “We’re showing a little of the underbelly of the community.”

Well-meaning outsiders who make movies are prone to get the details and nuances, the accents and other aspects of insular Orthodox life, wrong, inadvertently holding her former community up to ridicule, Weisz said. “I feel a responsibility” to show the true side of that life. Particularly, women’s stories. The women she grew up around are “passionate,” she said. “We’re not meek little girls.”

Weisz said she feels no hostility towards that community. “I have a really good relationship with my family. I love my family.”

Boxing buff: Weisz took up boxing, working out with a friend at a gym in her neighborhood, two years ago. “I wanted to be strong,” she said. Next is kickboxing. “I want to audition for these kind of roles — action heroes.”