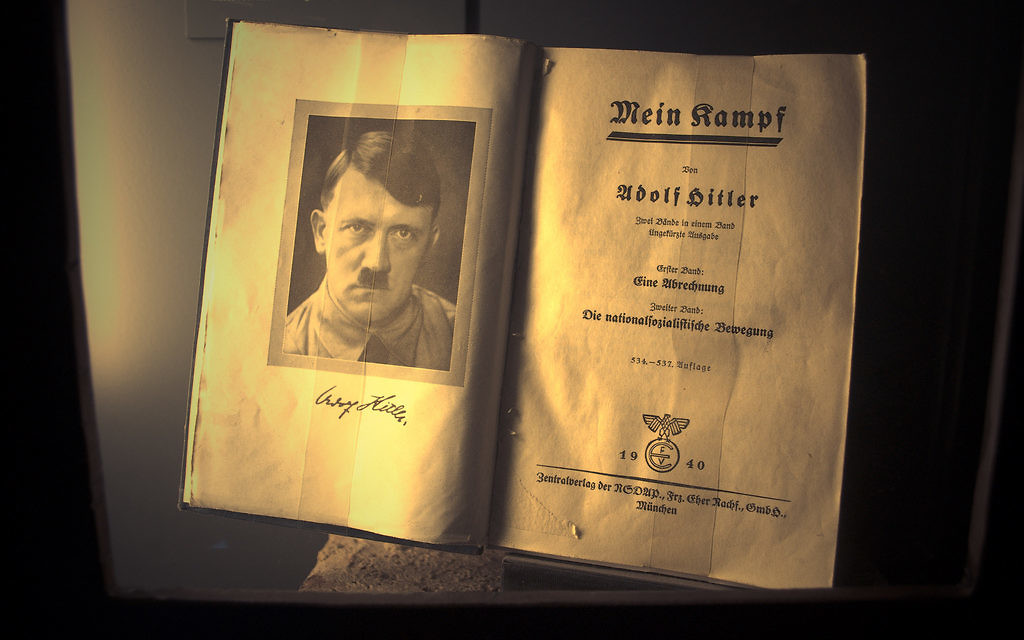 Though Adolf Hitler’s infamous manifesto (which means “my struggle” in German) hasn’t been published in Germany since 1945, a new two-volume edition, complete with over 3500 academic annotations that set the work in its historical context, is set to hit shelves in Deutschland in January, according to the New York Times.

Historians from the Institute for Contemporary History in Munich, a center that studies Nazism and the history of democracy, are in charge of publishing the new addition. They intend it to show how Hitler wove historical truths with propaganda and lies.

Hitler’s original text will appear on the right-hand side of the page, and comments providing context and historical insight will appear on the left-hand side. The book’s copyright, passed to the state of Bavaria at the close of World War II, officially expires on Dec. 31. Bavaria has banned reprints up until now.

“We wanted literally to surround Hitler with our comments,” Christian Hartmann, the historian who led the five-person team on the project, told the Times. He also called the manifesto one of the “best relics” of the Third Reich.

To be sure, frequent mentions of Hitler in popular culture and the use of his name on paraphernalia in recent years indicate a shift. From the absurd — including Hitler-themed toilet paper and booze — to the more intellectual, including the 2004 movie “Downfall” and a newly filmed version of the best-selling comic novel “Look Who’s Back,” there seems to be a growing ease with mentioning Hitler’s name in polite company.

Still, it is unclear how the first run of about 4,000 copies will sell, said Hartman. The two-volume set costs 59 euros, or $63. “Mein Kampf” is available online, and printed copies can be obtained at antique shops or markets, particularly in countries bordering Germany. During Nazi rule, from 1933 to 1945, it was translated into 18 languages and sold more than 12 million copies. The Nazis organized special distribution programs, disseminating the book to specific groups, like newlyweds.

Recently, the French publisher Fayard announced it will also release an annotated French version emphasizing the historical importance of the document.

“The publication of this book central to the history of the 20th century will be accompanied by a critical analysis established by a scientific committee of French and foreign historians,” Fayard said in the statement. The publishing house has not yet announced a release date.

Mein Kampf was published originally in two volumes in Germany during 1925 and 1926. The semi-autobiographical work details Hitler’s ideology and militaristic ambitions. It outlined his desire to expand “lebensraum,” meaning German “living space,” as well as the dictator’s hatred of the Jewish people.

Hitler penned the book in prison, where he was serving time for his role in the Munich putsch of 1923. The work helped established his profile in Germany and aided his rise to power in 1933.