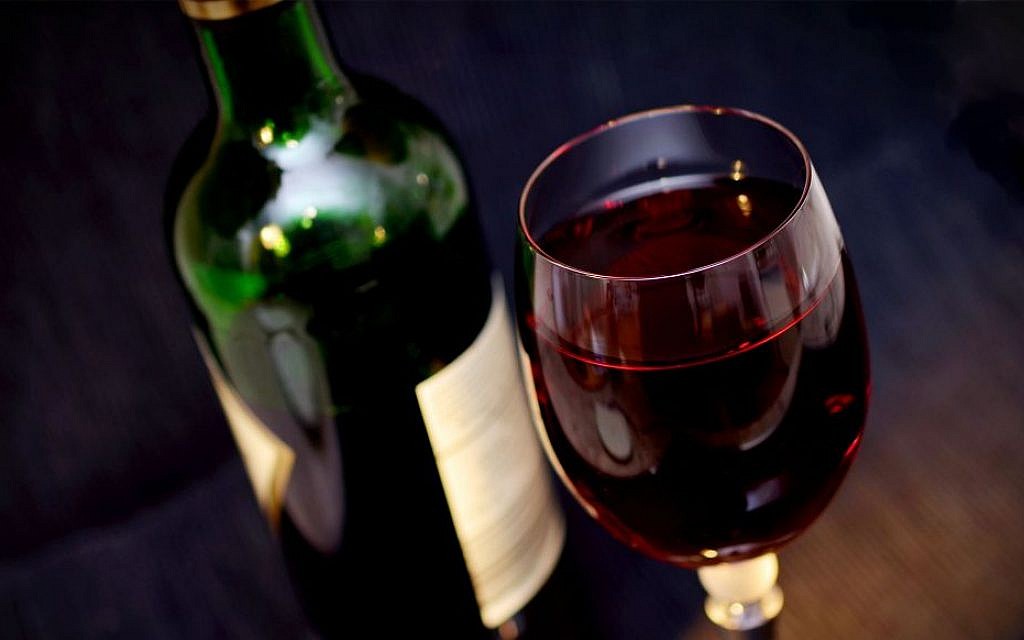 Born and raised in a rural agricultural community near Haifa, Gil Avital managed a restaurant in his hometown of Kiryat Tiv’on before working for a number of chef-driven eateries in Tel Aviv. After moving to the States he worked for Ian Schrager Hotels as a restaurant manager and assistant to the food and beverage director, eventually receiving a Sommelier diploma from the Sommelier Society of America. That led to positions as service and wine director at Estiatorio Milos, an upscale seafood restaurant in midtown Manhattan, and general manager and wine director at the Savoy restaurant. In 2006, Avital joined chef Seamus Mullen at Boqueria and today is a partner at Mullen’s Tertulia.

Andrew Breskin started in the wine industry in 2002 and has been a Certified Sommelier since 2004. During his journey, Breskin became kosher. He has made it his life’s work to find or create kosher wines that are on par with the best wines in the world. His passion and appreciation have taken him around the world in the pursuit of sourcing the finest and most unique kosher wines. Breskin is the host of “The Kosher Sommelier” podcast and the owner of Liquid Kosher.

Sadie Flateman is a former wine buyer at 67 Wine & Spirits in New York, where her passion for wines from Israel began. Developing the store’s department of Israeli wine and as creator of an event, “The Israeli Wine Symposium,” Flateman is a close observer of the country’s emerging wine industry. She continues to stay immersed in the field, making research trips to Israel, as a diploma student with the Wine Spirits Education Trust and as a private wine consultant based in New England.

Growing up in a tee-totaling household in Jerusalem — “my father drank a shot of amaretto per year,” he recalls — Yossie Horwitz didn’t have much early exposure to wine. That all changed one Passover night, when at the tender age of 16, he tasted his first quality dry red wine in the form of a kosher Bordeaux that a family friend brought to the seder. A lifelong passion was stoked: Horwitz began attending wine tastings and winery tours around Israel, educating himself on what he liked. By the time he was 30 and had moved to New York City, he was penning a weekly email blast to family and friends in which he shared his favorite bottles. Today, “Yossie’s Corkboard” goes out to more than 11,000 subscribers around the world and covers the ever-exploding world of kosher wine; tasting nearly 3,000 kosher wines each year keeps this corporate attorney-by-day quite busy. A founding judge on the panel, this is Horwitz’s 10th year tasting wines for The Jewish Week. @yossieuncorked; yossiescorkboard.com.

Bernard Kenner started his lifelong adventure with wine at the age of 18, by buying a mixed case of wine to see what each bottle offered. He spent 33 years teaching high school sciences in New York City, traveling, tasting and learning when the opportunity allowed. After retiring from teaching, his lifelong passion for food and wine evolved into a second career. What started out as an informal synagogue Passover tasting and wine sale more than 15 years ago has allowed him to make many contacts in the industry. Kenner is well known to many Hadassah groups on the South Shore of Long Island and is often referred to as the “wine guy.” He can customize events to meet the needs of the sponsor. Wine dinners and focused tastings for organizations, tasting events, server training for increasing sales, food focused wine list development and sommelier services as well as mystery dining reports are all available at reasonable cost. eatwine@verizon.net

Of all of our wine judges, Gamliel Kronemer, a university archivist in Washington, D.C., is the most familiar with The Jewish Week: he has written a regular wine column, “Fruit of the Vine,” for the paper since 2005. Back then, Kronemer recalls, such a column was extremely rare, with kosher wines garnering press just before Passover but hardly ever throughout the rest of the year. As to how he developed his expertise, Kronemer remembers that he first became interested in kosher wine when he was in his 20s, after he bought a couple of bottles of kosher Beaujolais. “That really started me off,” he says. As more and more varieties of kosher wine became available throughout the mid-’90s, Kronemer tried to taste them all. Though he is excited about all of the great wine coming out of Israel these days, Kronemer fondly recalls a time before prohibitive exchange rates cut down on the number of excellent kosher imports from France and Italy. “My tastes,” he says, “definitely run towards the Old World,” he said.

Miriam Morgenstern is vice president and associate publisher of Wine Spectator and M. Shanken Communications. She runs the Integrated business and advertising marketing division for this renowned publication. Wine Spectator is a global epicurean brand with more than three million print readers, and more than three million page views per month for its website, winespectator.com. Feature articles consistently educate readers about wine, travel, culture, fine dining and entertainment. Morgenstern has a passion for wine education and believes “wine is food.” She holds an advanced degree from the Wine & Spirit Education Trust.

Alison Nathan knows kosher food: working alongside her husband, Jeff Nathan, at Abigael’s on Broadway, the nation’s largest kosher restaurant, she directs both guest services as well as promotions. Nathan’s interest in food blossomed at an early age: As a teenager, she made a habit of cooking dinner for her family, and eventually chose a professional track, graduating from the Johnson & Wales culinary school in Rhode Island. She then found work as a line cook at Soho’s New Deal Restaurant, where she met her husband and future business partner. After becoming a mother, Nathan transitioned to the “front of the house” at New Deal, and in her duties as the restaurant’s manager she expanded on the wine knowledge she had obtained in culinary school. Nathan is also a food writer and recipe developer. Even among all these achievements, “one of my career highlights,” she says, “is to be a part of The Jewish Week wine-judging panel.” @chefjeffabg/ abigaels.com

When Aron Ritter founded the Kosher Wine Society in 2005, he was responding to a hole he saw in the wine marketplace: tasting events for kosher wines. An amateur wine drinker whose passion for the fruit of the vine was steadily increasing, Ritter had looked for tasting events to attend, with no luck. “There was nothing for kosher wine,” he recalls. The first KWS tasting was attended by only about 20 or so friends, but by the time of the group’s second event, a collaboration with Israeli winery Recanati, membership had swelled to about 70, and has only grown from there. Today, Ritter devotes his little free time — he currently works at Bank Of America — to KWS, hosting several events a year, including the society’s well-loved “New Wines for the New Year,” timed to provide recommendations for Rosh HaShanah wines. @koshwinesociety/ kosherwinesociety.com

Raphael Sutton is a former wine and restaurant critic for Globes, Israel’s leading daily financial newspaper, and editor-in-chief of The Israel Wine Magazine. He has been closely following the Israeli and global wine world for more than 20 years. Over the years, Sutton has been professionally involved in the wine industry, as both an experienced wine taster and writer as well as a business consultant. Like many of our other judges, Sutton’s education in wine was, by necessity, self-conducted. Growing up in Jerusalem, and later living in Tel Aviv, Sutton recalls that during his youth there was a “limited amount of information on wine in Israel, and only a few courses to take here and there.” Sutton moved to the U.S. 14 years ago. He received his MBA from Dartmouth College and worked as a private banker at JP Morgan in Manhattan. In recent years, Sutton has been an independent real estate entrepreneur.

Adam Teeter is the CEO and co-founder with Joshua Malin of the web magazine VinePair. The two had a simple goal with the launch: create a publication they actually wanted to read in a space they were extremely passionate about. Since co-founding the publication, Teeter has become recognized as an authority on how to make the drinks world accessible to everyone, as well as on the ever-evolving media landscape. He is the winner of the Left Bank Bordeaux Cup American Wine-Tasting Championship and holds an MBA from NYU Stern.