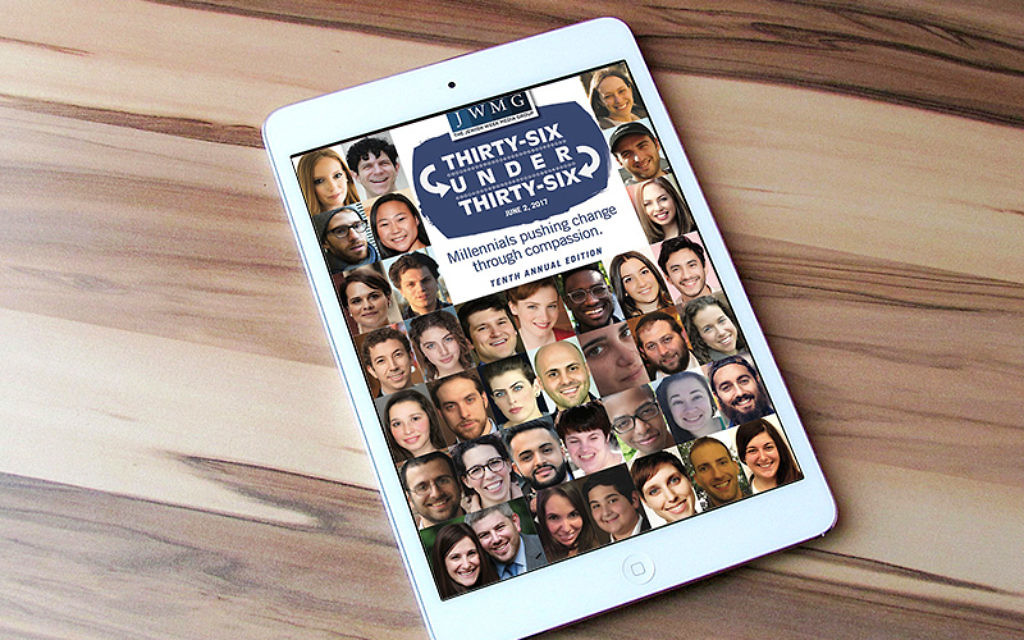 The biblical injunction not to oppress the stranger has become a call to action this year.

In the wake of immigration bans, threats to reproductive rights and LGBTQ rights and a pronounced uptick in hate crimes against minorities across the country, the vulnerable seem more susceptible than ever.

Responding to the call, Jewish millennials, driven by a passion for social justice and racial diversity, according to a recent Pew Research Center report, put their collective shoulder to the wheel. Interfaith initiatives on campus swelled. Projects to fight for criminal justice burgeoned. Calls to destigmatize mental illness increased in urgency and volume. 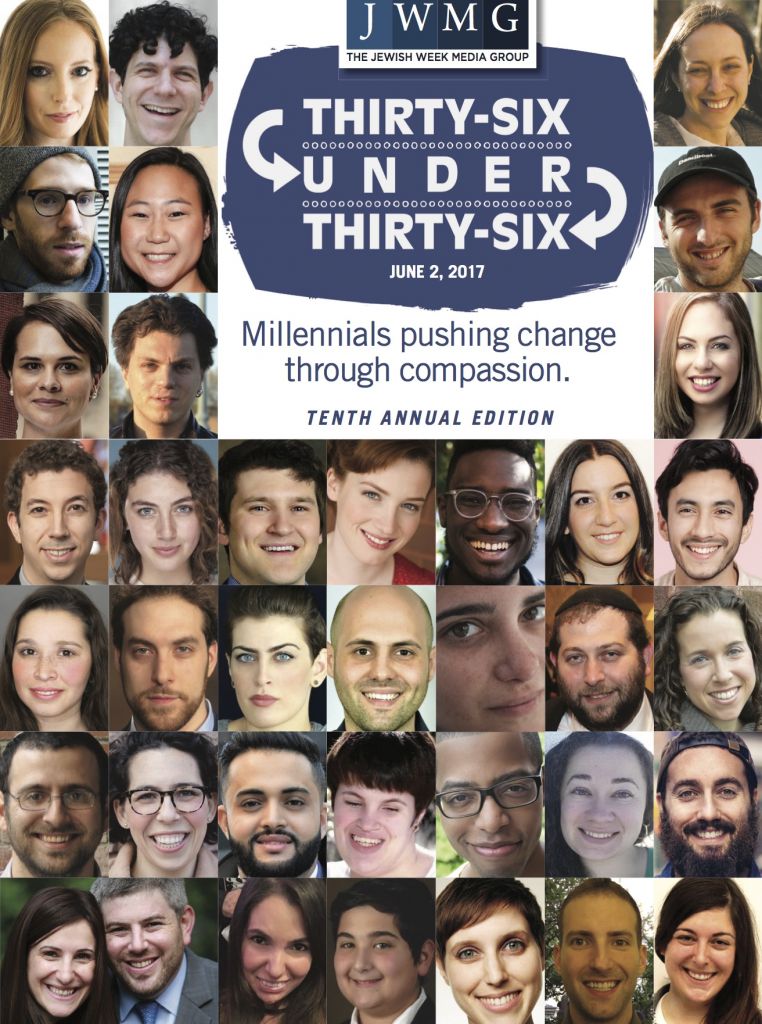 The members of this year’s 36 Under 36 cohort are at the leading edge of these trends. In our 10th annual issue we find a group uniquely dedicated to protecting the vulnerable and strengthening the defenseless. The group includes not one but two young women aiming to put a stop to child abuse in our schools, camps and synagogues. Two Jews of color are leading the charge towards a more inclusive, narrative-driven community. There’s an eighth-grade student starting a campaign against bullying; a high school student championing racial, gender and environmental justice; a young organizer pushing to end gun violence; and a father of four who helps field up to 250 calls a day from those in crisis.

One 36er is a journalist on the front lines of the Twitter wars, exposing hate and ugly prejudice. Another is spreading acceptance and love through YouTube videos viewed over 350 million times. We have the first-ever blind female rabbinical school student fighting for inclusion and accessibility, and the survivor of an autoimmune disease using her story to inspire others with hope.

They are educators, photographers, linguists, puppeteers and circus artists. Each is looking to prop up the person a little less privileged, a little more vulnerable.

As Rahel Bayar, a sex crimes prosecutor and advocate against child abuse says, “I want to be a voice for people who need someone to speak up for them.”

Mazel tov to all our 36ers! You can meet them here.