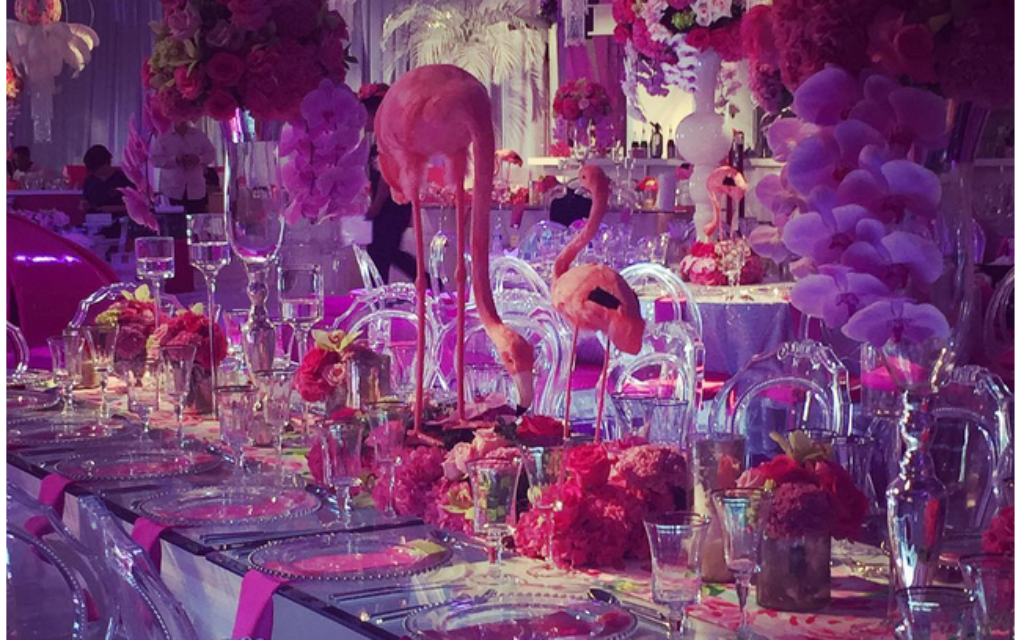 Lots of girls say their bat mitzvah is like a roller coaster, what with the hours of preparation, stage fright and the hugs when it's all over. But one recent party featured a roller coaster simulator, along with Nick Jonas and giant bird cages.

Jaclyn Cohen, daughter of James Cohen, heir to the Hudson Media throne and Lisa Cohen, an interior-design decorator, enjoyed a $1 million-plus party this past weekend in honor of her coming-of-age. It included a performance of six songs by Jonas Brother, Nick Jonas, for $300,000.

“It was the most lavish party anyone has been to in a long time, like they used to throw before the financial crisis,” one guest told The Post.

Lavish coming-of-age parties are a trend epitomized by the MTV show "My Super Sweet 16." In fact, several Jewish teens have gotten on the extravagant party bandwagon such as Matt Murstein, whose bar mitzvah featured a Nicki Minaj appearance, and Sam Horowitz, whose bar mitzvah video has over 1 million views on Youtube. Erick Mauro described this phenomenon in The New Yorker as the "Veruca Salt effect." “If I get a kid to really want something and they want it now? They’re getting it.”

Jaclyn's grandfather was Robert Cohen, founder of Hudson Media, who amassed a multimillion dollar net-worth before his death in 2012. The family has been in the news for winning an $800 million inheritance lawsuit.

“This was to celebrate their family, and how precious life is,” another source said, crediting the glam to enjoying life while it lasts as Lisa’s father has passed away this year.