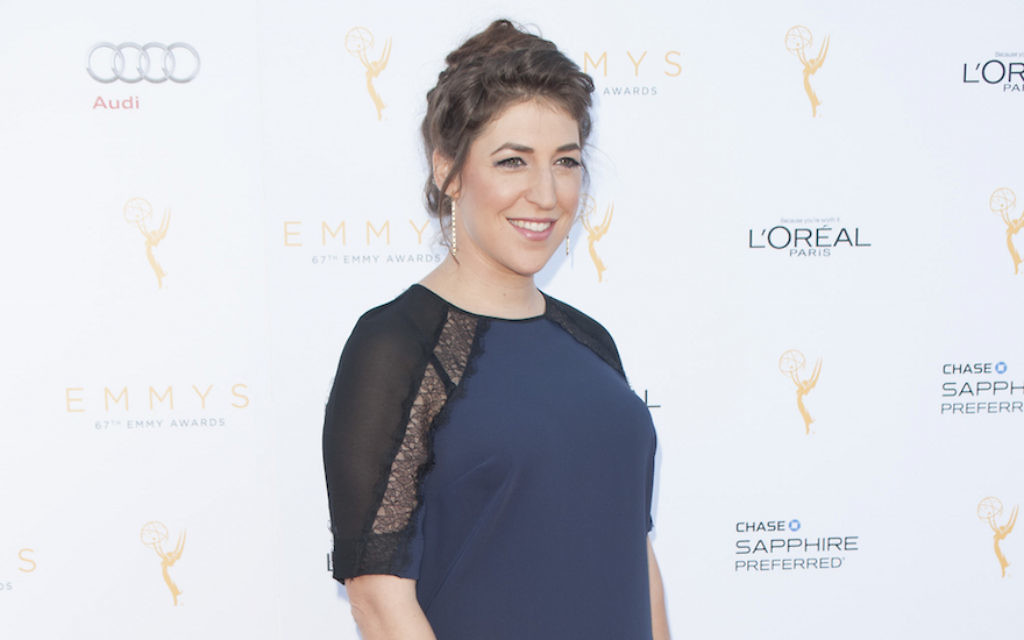 Actress Mayim Bialik visited the grave of her father before the Emmy Awards ceremony.

Bialik, who plays Amy Farrah Fowler on the popular sitcom “The Big Bang Theory,” told People in an article published on the magazine’s website Sunday that she would visit the grave of her father, Barry, who died in April, because it is traditional to visit the graves of loved ones on the Sunday between Rosh Hashanah and Yom Kippur.

“But it’s really nice because it gives perspective for everything we’re doing,” she said. “There are things so much bigger than anything that goes on [with the Emmys].”

The 67th Primetime Emmy Awards were held at the Microsoft Theater in Los Angeles on Sunday evening. The host was Adam Samberg, who also is Jewish. Bialik received her fourth Emmy nomination for Outstanding Supporting Actress in a Comedy Series, but did not take home the award.

She said she would visit the grave with her mother, her children and her ex-husband.

Bialik is a columnist for Kveller, which with JTA is a 70 Faces Media property.