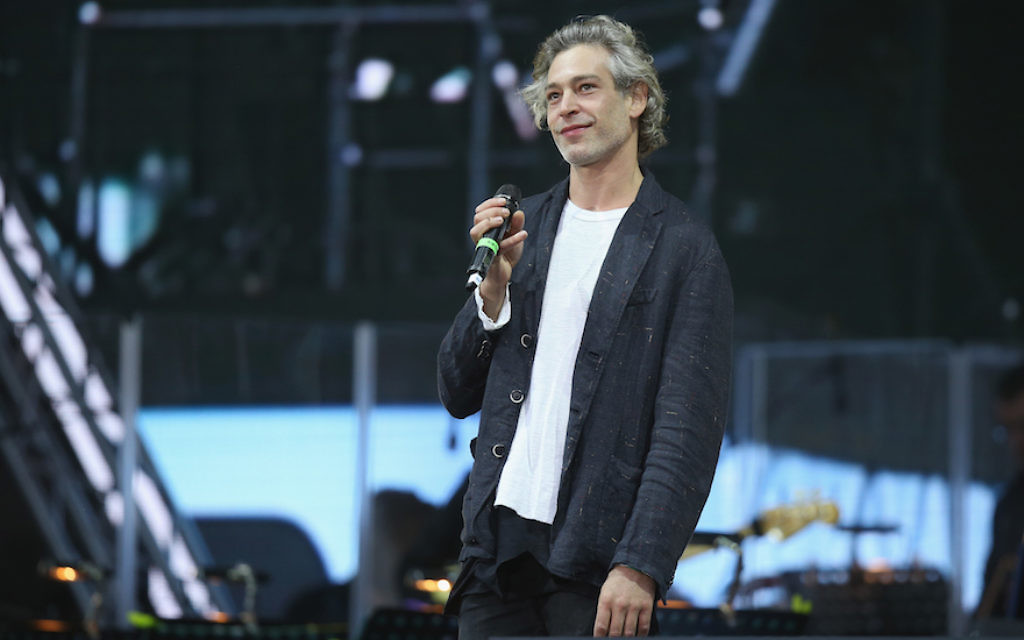 Matisyahu performed a 45-minute set early Sunday morning at the Rototom SunSplash Festival, two days after the festival apologized for canceling his performance in the face of pressure from the Boycott, Divestment and Sanctions, or BDS, movement.

Some in the audience expressed disapproval when the artist took the stage, including chanting “out, out,” but many others applauded the singer, whose given name is Matthew Miller.

“Whoever you are and wherever you come from raise a flag and wave it in the air,” Matisyahu said before his closing song. “Let music be your flag.”

Later he posted on his Facebook page: “Tonight was difficult but special. Thank you to everyone who made it possible! Every chance to make music is a blessing.”

Matisyahu is not Israeli, but was apparently singled out by BDS activists because he was the only Jewish performer on the festival’s roster. Last week, after he ignored requests that he issue a statement declaring his support for Palestinian statehood, the festival cancelled his appearance. That sparked condemnation from Jewish organizations, the government of Spain and Matisyahu himself, who wrote on his Facebook page Monday that the festival organizers’ behavior had been “appalling and offensive.”

In a lengthy apology posted on Facebook Wednesday, festival organizers wrote, “Rototom Sunsplash rejects anti-Semitism and any form of discrimination towards the Jewish community.”

The festival said it had cancelled Matisyahu’s performance under pressure from the BDS movement, citing a “campaign of pressure, coercion and threats” against it that stoked fears the festival would be disrupted and “prevented the organization from reasoning clearly.”