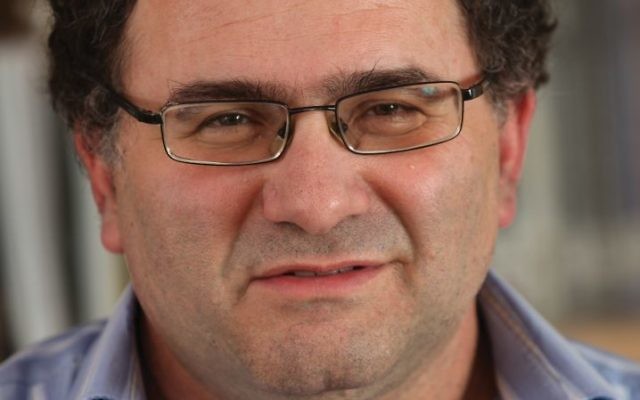 The Dialogue: Judaism & Democracy is a biweekly column by researchers from the Israel Democracy Institute’s Human Rights & Judaism project on the dialogue between the Jewish and democratic traditions.

When speaking with American Jews, I often hear of their desire to apply the American model of religion and state — total separation — to religious life in Israel. Many American Jews — including the Orthodox — view the Israeli paradigm in blatant opposition to the notion of individual rights and the very concept of Israel as a Western state.

It is easy to understand this attitude in the American context. This separation, which goes back to the earliest days of the United States and is explicitly anchored in its constitution (the citation reads: “Congress shall make no law respecting an establishment of religion, or prohibiting the free exercise thereof”), is perhaps the main factor that made it possible for a religious minority like the Jews to achieve their present status and affluence, free of the persecution and discrimination to which they were subjected in Christian Europe and in Islamic countries.

Nevertheless, there seem to be weighty reasons that justify a different stance in the Israeli case.

First, in contrast to the United States — which is perhaps the preeminent example of “a country of all of its citizens,” a model in which, at least formally, there is no gap between the definition of citizenship and that of national identity — Israel sees itself as the nation-state of the Jewish people; most American Jews seem to prefer that Israel maintain that unique identity as well.

This fact, per se, does not preclude the separation of religion and state, as it exists in the French nation-state. In the Jewish case, however, there is also the fact that Jewish identity, for generations, has existed as an inseparable mix of national and religious components. Jews do not have to observe the precepts of Judaism to be considered Jewish. However, if they convert to Christianity or Islam, they are not considered Jewish from a “national” perspective, as even the Israeli Supreme Court has ruled.

On the practical level as well, the lion’s share of Jewish tradition stems from the religious world of Judaism. A sweeping and fundamental separation of religion from state might obligate the Jewish state to give up core elements of its culture and state symbols. For example, it is perfectly plausible that a petition might be filed with the Supreme Court demanding that the Star of David be dropped from the national flag, on the grounds that it is a symbol originating from the Jewish religion — and, under a regime with a separation of religion and state, the high court might even accept the petition.

The call for such a separation stems from Israel’s association with the bloc of Western countries in which such a separation is common. (Although they do not separate these with the same fanaticism as the U.S., none of them has such a close intertwining of religion and state as found in Israel.) From a practical perspective, separation of religion and state in Israel will encounter strong opposition not only from the religious parties, but also from large parts of the traditional and religious public whose support is significant to the non-religious parties — and even most of the secular public. Even secular politicians who rhetorically call for “separation of religion and state” do not practically pursue it.

Further, as the nation-state of the Jewish people, Israel is linked not only to this group of Western countries in the present, but also to the ancient nations in which the fusion of national and religious elements was common. A quick glimpse at the Bible reveals that for all ancient peoples — the Moabites, the Ammonites, the Egyptians and so on — it was clear that a distinct national identity also meant a distinct religious identity. It is no coincidence that Ruth’s declaration of affiliation with the Jewish people references both forms of identity: “Your people is my people, and your God is my God.”

Put simply: Israel’s unique situation among Western countries stems from the fact that the Jewish people is the only Western people living, and one of the few in the entire world, that has maintained its essential identity from antiquity to the present day. Are we to deny the Jewish state its unique essence and raison d’etre?

How, then, in the religious context, can we also express our Western identity? Not by a separation of religion and state, but rather by a separation between religion and the private sphere. The Jewish state is entitled to fashion for itself symbols with religious roots, or to create boundaries in the public sphere that are based on religious values (such as limiting commerce and public transportation on Shabbat). What is not proper, though, is for the state to impose norms derived from the religious world on the lives of individuals; this relates, first and foremost, to the exclusive Orthodox control of marriage and divorce in Israel. This monopoly is highly problematic in terms of human rights, even when grounded in the lofty Jewish principle of preserving the nation’s unity.

In a fair balance between Jewish and liberal rights, it is wrong for the Orthodox monopoly in so intimate an area as marriage and divorce to continue to be forced on Israeli citizens.

Yair Sheleg is a research fellow at Israel Democracy Institute, a features writer at the Israeli religious weekly Makor Rishon and a columnist at the daily Maariv.