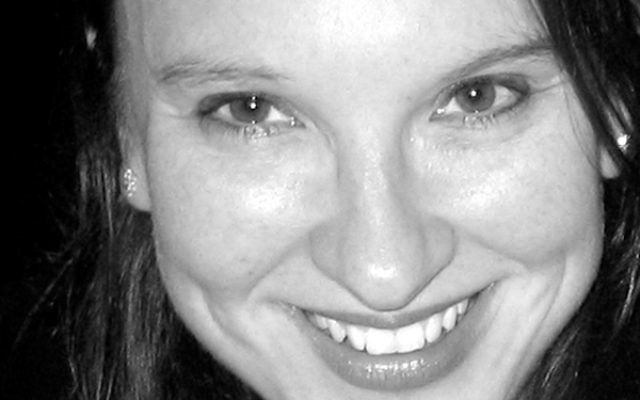 This year, the first of about a thousand emails reminding me to call, appreciate and buy stuff for my mother on Mother’s Day arrived on April 7, more than a full month before the holiday itself (May 11). But for those of us who have lost our mothers, this holiday presents an onslaught of media messages that taunt, provoke and wound as they urge us to reach out to someone we can no longer touch.

For me, it’s been three years; I’m a junior at Loss University — experienced enough to feel steadier, but there is no graduation day to work toward. Starting with Passover, the calendar is an annual emotional minefield; commemorations of holidays are shaded by other associations, extending through her May 1 birthday, and to Mother’s Day and Israel Independence Day. This time period ensnares with its complex, wildly variant emotional responses; especially this year, when the week that begins with Israel’s Day of Remembrance ends with my mother’s yahrtzeit and Mother’s Day in a 48-hour timespan. Without my mother, and not a mother myself, Mother’s Day contributes to this month of emotional intensity.

My mother is on my mind a lot — so much so that I could light a yahrtzeit candle every day from the end of Passover through Lag b’Omer (her Hebrew birthday). But yahrtzeit candle or no yahrtzeit candle, my mother’s memory and intonations echo, and allow me to “visit” with her patient wisdom and sharp-edged humor. In dreams, she appears stronger than her illnesses left her in the last years of her life. She issues reassurances and sometimes lays Jewish mother guilt on me for my choices. In some ways, she’s become part of my subconscious; in other ways, I become aware that she always has been.

I feel like her delegate at family affairs, that my presence in the lives of my amazing nephews and nieces is surrogate for hers. My youngest, newest niece — now 4 months old — is named for her. Holding her — at her Simchat Bat in public, and in her home for more quiet moments — has been remarkably powerful.

There are other mothers to celebrate, of course. My sisters-in-law who are working with my brothers to raise those aforementioned nieces and nephews. My friends who have bravely separated the search for a partner and the road to motherhood, and now have children — biological and adopted — on their own. The dozens of friends whose children are beginning to reach major milestones: bar and bat mitzvah, high school graduation or — in Israel — army service. And the mothers who struggle with challenges ranging from learning differences to autism, from illness to loss. I honor them as individuals and as mothers who are in my life. But none of that erases the ache of my mother’s absence.

During this Hallmark holiday, I’m developing my own rituals. I’ll light a yahrtzeit candle (and then again for Shavuot) because the light reminds me simultaneously of my mother’s absence and presence — altered, but still real. I’ll clean my closet, which my mother would certainly have considered a Mother’s Day present (and perhaps a minor miracle). I’ll continue to wear her jewelry.  And I’ll keep writing, in memory of my mother the writer, who — even as her typing strength waned — wrote a partly autobiographical book that she referred to, in her writing process, as “visiting with my parents.” She gave me that phrase, and in so doing, set up a symbolic context for me to visit with her now that she’s gone.

Some of us will try to forget this day, and others will search out new ways to honor and remember our mothers, and perhaps even to celebrate — albeit somewhat more mutedly — their impact on our lives. Whatever we do to remember — writing, spending time with children, or acknowledging supportive influences around us — continues their act of creation. Their words and energy live beyond their lifetimes when we acknowledge the debts we owe them for decades spent raising us. Even if our relationships with them were sometimes complicated, as we birth our own creativity in any of its forms, we connect to the mothers who brought us into the world (and sustained us, and brought us to this season, to invoke the Shehecheyanu, a blessing of gratitude).

American culture reminds us to remember them on Mother’s Day, mostly through celebratory sales and elaborate floral arrangements. But we don’t need the reminders, because we keep them with us, always.

Esther D. Kustanowitz, a former Table for One singles columnist for The Jewish Week, is a writer based in Los Angeles. She is currently writing “Nothing Helps (But This Might Help): A Guide to Loss and What Comes After,” and blogs at MyUrbanKvetch.com.