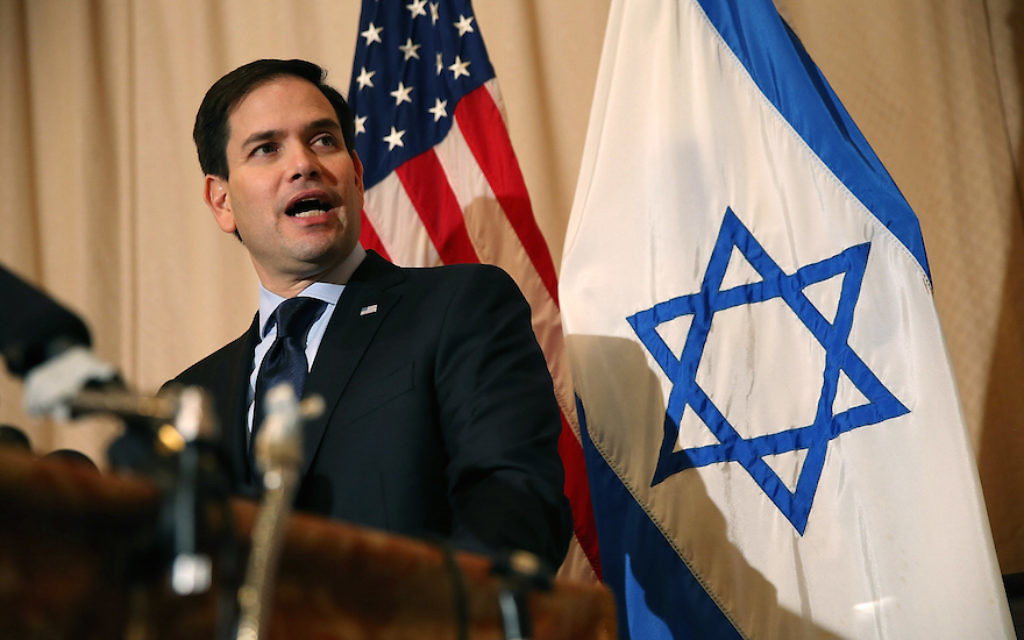 Washington — Sen. Marco Rubio cited his intention to kill the Iran nuclear deal in his decision to run for reelection to the Senate.

The Florida Republican, first elected in 2010, opted out of running to keep his seat when he announced his candidacy last year for the Republican presidential nomination. He was driven out of that race this year by Donald Trump, who defeated Rubio in his home state primary and is now the presumptive nominee.

But on Wednesday, Rubio reversed his decision and said he would run, citing the Iran sanctions relief for nuclear rollback deal, which he had pledged as president to tear up.

During his running for president, Rubio derided the Senate as do-nothing, a position his opponent is likely to use against him. He acknowledged as much in his statement.

“Have at it,” he wrote. “Because I have never claimed to be perfect or to have all the answers.”

Major Republican Party figures – including Trump, who had viciously derided Rubio as “little” and ineffective during the primaries – urged him to run for reelection in the state in a year in which Democrats are expected to perform well and could well take control of the Senate.

Rubio said he was running in part to keep Trump in check should he be elected president. Trump has alienated mainstream Republicans with his broadsides against Mexicans and Muslims and his at times crude language. Rubio, after dropping out of the presidential race, endorsed him, but with qualifications.

“The prospect of a Trump presidency is also worrisome to me,” Rubio said in his statement. “It is no secret that I have significant disagreements with Donald Trump. His positions on many key issues are still unknown. And some of his statements, especially about women and minorities, I find not just offensive but unacceptable.”

It is not clear how Rubio believes his vote in the Senate could reverse the Iran deal. The most straightforward American exit from the deal would be through a presidential executive order, which is not dependent on Congress. A congressional bid to kill the deal would require a super-majority of 60 in the Senate, something Republicans are unlikely to secure.

Should Rubio win the GOP primary in August, he will face either Rep. Patrick Murphy or Rep. Alan Grayson, who are in a bitter race for the Democratic nomination. Murphy has the backing of the party establishment, while Grayson, who is Jewish, is running an insurgent campaign from the left based on the campaign of Sen. Bernie Sanders, the Jewish Independent from Vermont who ran a surprisingly tough campaign against Hillary Clinton, now the presumptive Democratic nominee.

The political action committee associated with J Street, the liberal Jewish Middle East policy group, is backing Murphy, and seized upon Rubio’s announcement to raise funds for its candidate.

“The Senate’s leading neocon is running for another Senate term,” the committee said in an email.

The JStreetPAC email listed Rubio’s transgressions against liberal Jewish orthodoxies, including his pledge to tear up the Iran deal and his harsh criticisms of President Barack Obama, and noted his grudging endorsement of Trump.