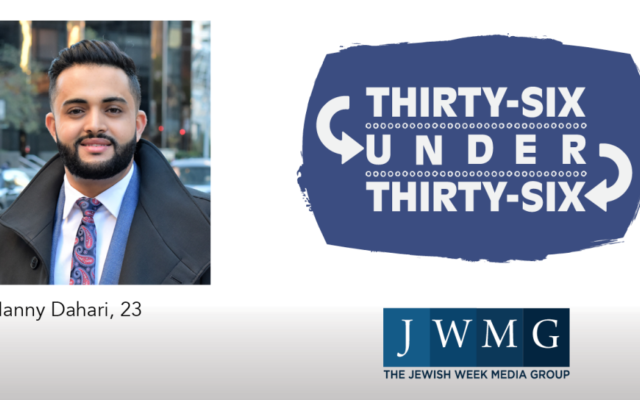 When Manny Dahari was 11, he was held up at gunpoint. The year before, classmates threw stones at him on his way to school — he still has a scar over his left eye. When he reported the incident to local authorities they told Dahari, a Modern Orthodox Jew, to convert to Islam if he wanted to remain safe. He was living in Yemen’s capital, Sana’a.

“When I was there in 2006, there was a lot of anti-Semitism,” said Dahari, today an undergraduate at Yeshiva University. “If you left the one or two-mile radius outside from where you lived, you [could] get attacked.”

Yemen wasn’t a safe place for to as a Jew; the climate of anti-Semitism was only increasing. In 2006, his parents sent him to study at a Satmar chasidic school in Williamsburg with the help of an American sponsor (who asked to remain anonymous).

Today, Dahari travels around the world sharing his story and speaking about the dangers of global anti-Semitism. He speaks at universities, including Brandeis and Columbia. Recently, he spoke to an audience of more than 1,000 at the Jewish Federations of North America’s 2016 General Assembly, a gathering that includes Jewish federations from across the country.

“In America, one of the greatest countries on earth, we are privileged to [live openly] as Jews,” he said. “But we still need to encourage college students to stand up and fight anti-Semitism before it spreads.”

At Y.U., Dahari leads Mishelanu, a pro-Israel campus group for Israeli-American students. He also co-founded the student group Shaarim, which aims to connect undergraduates with victims of terrorism in Israel.

“It is easy for us here in the U.S. to become numb to frequent headlines regarding terrorism in Israel,” he said. “That is why my friends and I started this club. … We wanted to connect with the victims of terror on a personal level.”

In 2015, Dahari worked with the Jewish Agency to help his siblings and parents leave war-torn Yemen for Israel. After 10 years apart, they were finally reunited.

State hopper:  Dahari loves traveling and has been to 32 states so far. He hopes to visit all 50 by the time he graduates college.