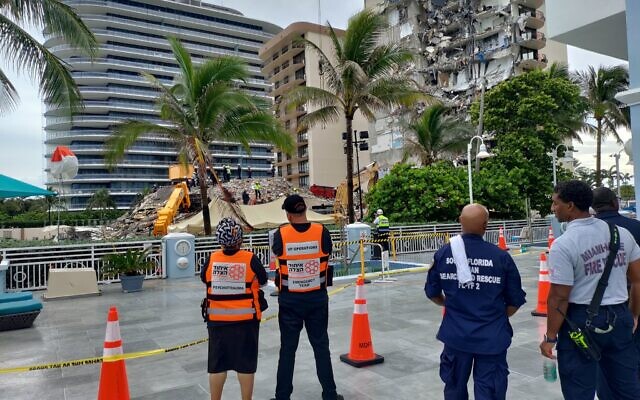 Good morning, New York. Your Hebrew phrase of the day is “kham v’lakh,” or hot and humid.

A rabbi at Maimonides Hebrew Day School in Manhattan has become a guru for people seeking advice on the cryptocurrency Bitcoin.

A Monsey, N.Y. rabbi obsessed with assimilation says that 5 million of the 6 million Jews killed in the Holocaust were “total goyim.”

Gwen Goldman, a retired social worker from Westport, Conn., got to be a Yankees’ bat person on Monday night at age 70 — a full 60 years after the team turned her down because she was a girl.

After 10 years of sobriety, a rabbi in southern New Jersey opened up to his congregation — and our colleague Shira Hanau — about his experience with substance abuse.

Long Island’s Nassau County will officially recognize the IHRA Working Definition of Antisemitism, earning praise from some Jewish groups who call it an important tool for monitoring antisemitism.

The Funniest Jewish Comedian Contest returned to Broadway Comedy Club, proving that wife jokes and prostate gags are their own Jewish tradition.

“Here We Are,” a new film from Israeli director Nir Bergman, the creator of the award-winning TV series “In Treatment,” will be screened in the Museum of Jewish Heritage’s Edmond J. Safra Hall. Tickets are $5 each for Museum members or $10 each for the general public. 4:30 pm.