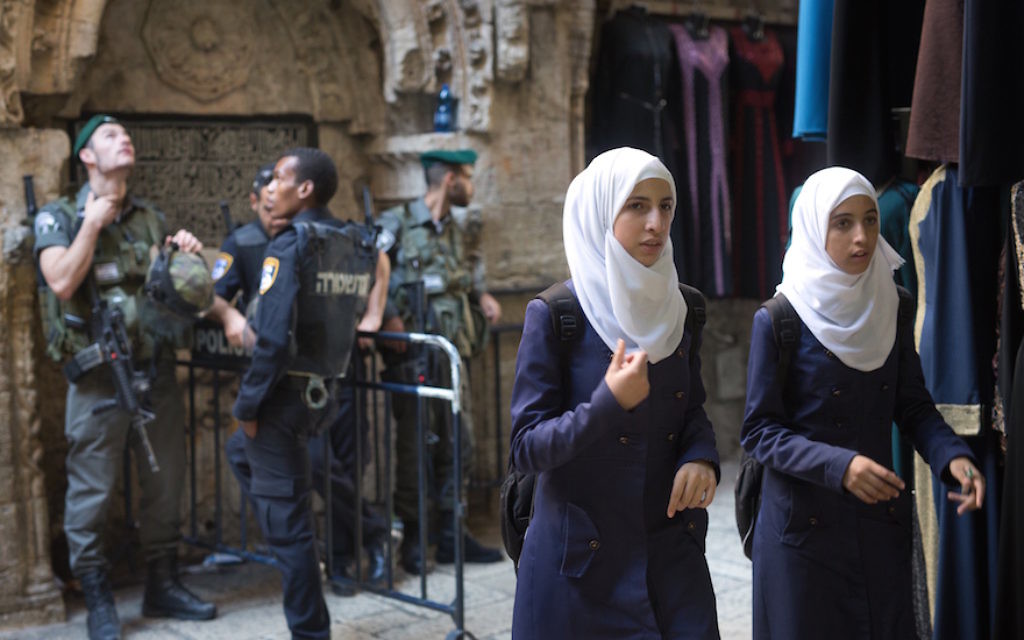 Israeli police are hunting for the attacker who stabbed a man in Jerusalem’s Old City, moderately injuring him.

The victim, believed to be in his 60s, was stabbed in the back near the Austrian Hospice in the Muslim Quarter, according to the Times of Israel. He reportedly was conscious and in stable condition at a nearby hospital.

A United Hatzalah medic who was one of the first responders said the victim was a student at the Shuvu Banim yeshiva in the Muslim Quarter.

According to the Times of Israel, the police found a knife at the scene and have deployed a large number of officers to find the attacker.

Meanwhile, a 16-year-old girl seriously injured in a Jerusalem bus bombing last month woke for the first time since the attack.

Eden Dadon came to Monday after nearly two weeks on life support at Jerusalem’s Hadassah Hospital in Ein Kerem, according to the Times of Israel. Dadon suffered serious burns over her body.

The bombing on the No. 12 bus in Jerusalem’s Talpiot neighborhood injured 19 others and killed the bomber, a 19-year-old Palestinian.