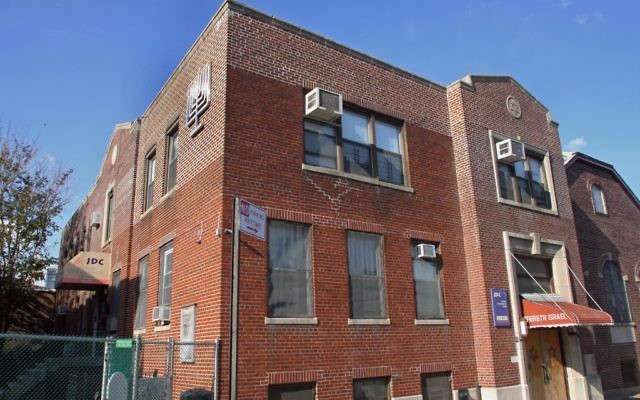 The Queens district attorney has charged a 40-year-old man with hate crimes, alleging that he is the vandal behind last week’s swastika spree.

Franco Rodriguez was held on $5,000 bail after the arraignment Saturday, and he did not enter a plea. He faces three counts of fourth-degree criminal mischief as a hate crime and three counts of making graffiti, facing four years of prison if convicted. He reportedly was identified from video surveillance. District Attorney Richard Brown said in a statement that Rodriguez told cops he painted the swastikas because Jewish people were harassing him.

Rodriguez has a Dec. 1 court appearance.

The hateful symbols were left at Congregation Tifereth Israel and the Queens Public Library branches at Jackson Heights and East Elmhurst. A church was also vandalized.

Cynthia Zalisky, director of the Queens Jewish Community Council organized a rally last Friday to call attention to the crimes. “What we did was to make sure that the police take this seriously as a hate crime and not a child’s prank.”

Zalisky said it appears the crimes were premeditated rather than spontaneous acts because the culprits sprayed over a security camera at the shul to avoid being taped. A local church was also hit.

The attacks come as the Anti-Defamation League released a poll showing that 15 percent of Americans hold anti-Semitic views, up 3 percent from the last poll in 2009.

In a statement, Ron Meier, ADL’s New York regional director, condemned “this despicable and cowardly act of anti-Semitism targeting a Jewish house of worship and other public building “Since more than one location was targeted this appears to be more than an isolated incident, and we are grateful that the New York Police Department is taking the incident seriously and investigating it as a potential hate crime. We hope that the perpetrators will be brought to justice before they can strike again.”

The ADL recently announced that it no longer considers the swastika an outright anti-Semitic symbol for purposes of recording hate crimes statistics if the target is not related to Jews.

But Zalisky said, “I disagree. As the child of Holocaust survivors it has more of a malignant effect. I know that that symbol represents evil and hatred in their worst form, and you need to educate young people in the community about it.”

A call to Tifereth Israel on Tuesday was not returned in time for publication.

City Councilman Danny Dromm, a Democrat who represents the area, said there had been a previous incident involving the same temple in July that was not reported to the police.

“It’s shocking because Jackson Heights is a very tolerant community, and I don’t think this represents the sentiment of the majority of people who live here,” sad Dromm. “That being said, it’s important to crush this now and address the problem. We don’t want it to grow or fester.