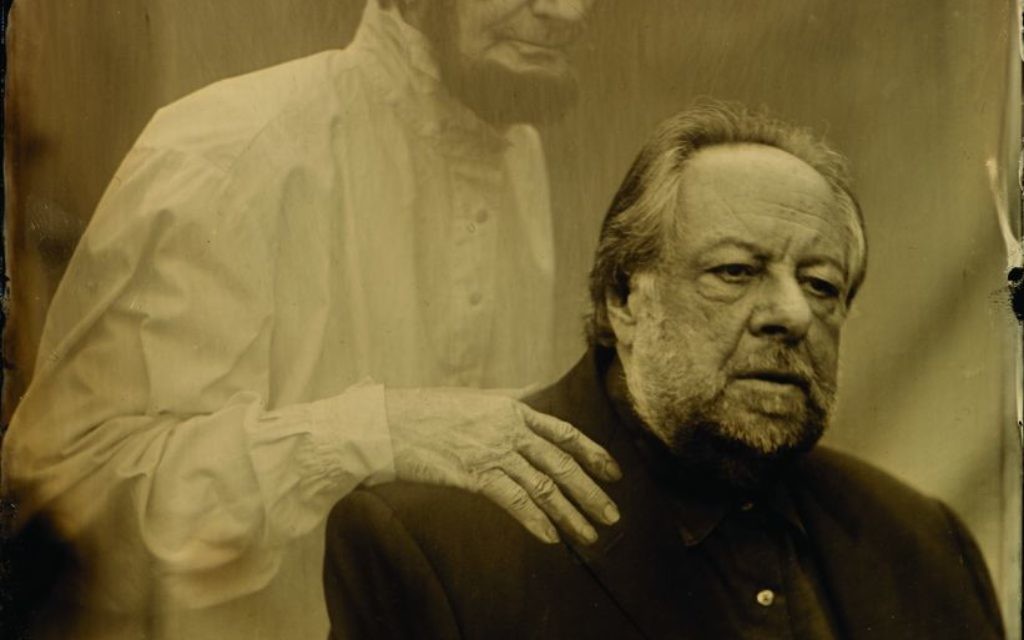 Once the walls of the ghetto came down, the range of career opportunities for Jews became similar to the one for non-Jews. Even with the burdens of anti-Semitic quota systems, the Jewish people have made a global impact in the physics, medicine, government, literature, the visual arts and — magic.

Magic, you say? Well, there was Harry Houdini, born Erich Weiss, a rabbi’s son but…
Yes, there was Houdini, but he was only the most prominent of many Jewish practitioners of the mysteries of prestidigitation.

Consider the new documentary playing at one of the sidebars in this year’s New York Film Festival, “Deceptive Practice: The Mysteries and Mentors of Ricky Jay,” directed by Molly Bernstein and Alan Edelstein. Jay, who was born Ricky Potash, was first inducted into the world of magic by his grandfather, Max Katz, an immigrant from the Austro-Hungarian Empire. Katz played an important role in shaping his grandson’s by-now legendary performing skills and introduced him to a generation of geniuses of card manipulation, billiard ball sleight-of-hand and other dazzling, if arcane, skills.

“The way to learn [magic] is personally,” Jay says early in the film. It’s an insight that is repeated frequently and illustrated both by footage of the masters with whom Jay studied and the words and artistry of Jay himself. At one point he likens the process of transmitting such knowledge to the relationship between a rebbe and his chasidim. And, given the oddly quotidian nature of the tools of his trade — coins, handkerchiefs, a deck of ordinary playing cards — one cannot help but think of the chasid who said he wanted to learn how the rebbe tied his shoes.

More than that, the magician’s skills are passed generationally, l’dor-v-dor, although in Jay’s case, a generation was skipped. He left home at 17 because, as he says tersely, “My parent’s didn’t ‘get’ me.” Still, he admits, they did one good thing for him; at his bar mitzvah the entertainment was the great magician Al Flosso, the “Coney Island Fakir.” It is, he says rather darkly, the only nice memory he has of them.

“Deceptive Practice,” on the other hand, is filled with better-than-nice memories. There is a great deal of the sheer fun of watching him grow up from little Ricky Potash, a 7-year-old performer of surprising poise (although his grown-up self dismisses the tricks as poor), to a shoulder-length-haired hippie in a three-piece suit working the daytime talk shows with gusto, to the wry elder statesman of today. Jay’s memories of Flosso and other mentors like Dai Vernon and Charlie Miller, Cardini, Slydini and his grandpa Max are warm, charming and instructive. The glimpses we get of his relationship with his own younger colleagues are no less satisfying. It’s safe to say that for the foreseeable future the fate of the magic arts are in safe — frequently Jewish — hands. And “Deceptive Practice,” at 87 minutes, is one of the only films I’ve seen this year that I wish had gone on much longer.

The excellent avant-garde documentarian Alan Berliner has been exploring the parameters of his own Jewish family for most of his career. His portraits of his relationship with his occasionally prickly father have been the subject of two of the best documentaries of the ’90s, “Intimate Stranger” and “Nobody’s Business.” “First Cousin, Once Removed,” his newest film, which is on the main slate of the festival, is a tender portrait of his cousin, the late poet Edwin Honig, who died last year at 91. The film, which was produced by HBO documentary Films, will air on that cable network in 2013.

This is a project that Berliner has been working on for five years. (An earlier short film, “Translating Edwin Honig: A Poet’s Alzheimer’s,” played the festival two years ago.) Berliner’s relationship with Honig was a close one. As he reminds his elder cousin during the film, “You were a mentor to me, I could come to you for advice.” But during his last five years, Honig’s grasp on memory became increasingly precarious and he ceased to recognize even his closest acquaintances, including Berliner. As a result, the film becomes a moving and often frustrating exploration of memory.

Honig’s father was a cantor, and music was always one of the poet’s great loves. Throughout the film, we see him humming, singing, growling out animal-like noises in musical rhythms, playing with musical instruments. One of the most simpatico moments in the film occurs when Berliner’s young son spends time with his first cousin, twice removed, as they share a variety of toy musical instruments.

But Honig’s father was also a cruel man who blamed Edwin for the death of his 3-year-old brother Stanley in a traffic accident. Although Edwin himself was only 5, Stanley’s name was hurled at him with curses and rage for his entire childhood and adolescence. Disturbingly, Stanley’s is one of the few names that the elderly Edwin can call to mind easily.

Berliner mixes all this difficult material with Honig’s still-sharp wit and poet’s linguistic logic. At one point, he talks about sitting in his armchair and watching the sky change all day: “It twists from one sky to another.” He talks about the sudden silence of nature: “The wind can be blank and still be going.” There is a sensible poetic thinking at work even here that makes Edwin a fascinating man even as he is losing his past. Then again, he himself describes his situation with a certain satisfaction, “I lost something. … I gave it up to live only in the present.”

The 50th annual New York Film Festival runs through Oct. 14 at the many venues of the Film Society of Lincoln Center. For information on the festival and the society’s many other film programs, go to www.filmlinc.com.