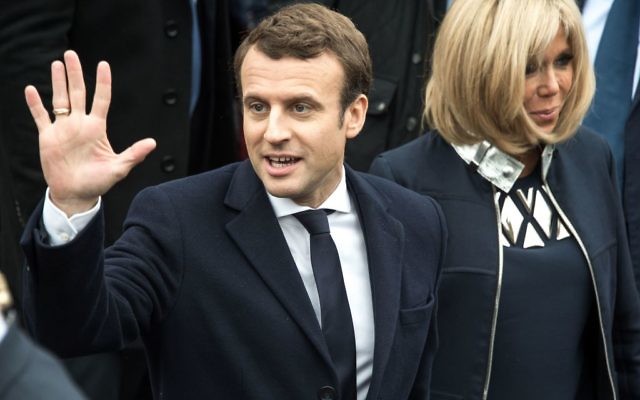 (JTA) — Emmanuel Macron, the centrist candidate in the French presidential elections, beat the far-right candidate Marine Le Pen 65 percent to 34 percent in the final round of voting Sunday, according to exit polls.

The result, published Sunday evening in Le Monde, marks both the best electoral result ever obtained by Le Pen’s National Front party — which leaders of French Jewry have said poses a threat to democracy and their community — and the first time in decades that a majority of French voters elected as president an independent candidate coming from outside one of the country’s main political parties.

Macron received the explicit endorsement of leaders and institutions of French Jews as well as Muslim and some Christian ones after he and Le Pen made it to the second and final round. Macron received 23 percent of the vote in the first round two weeks ago, with Le Pen trailing him by two points. 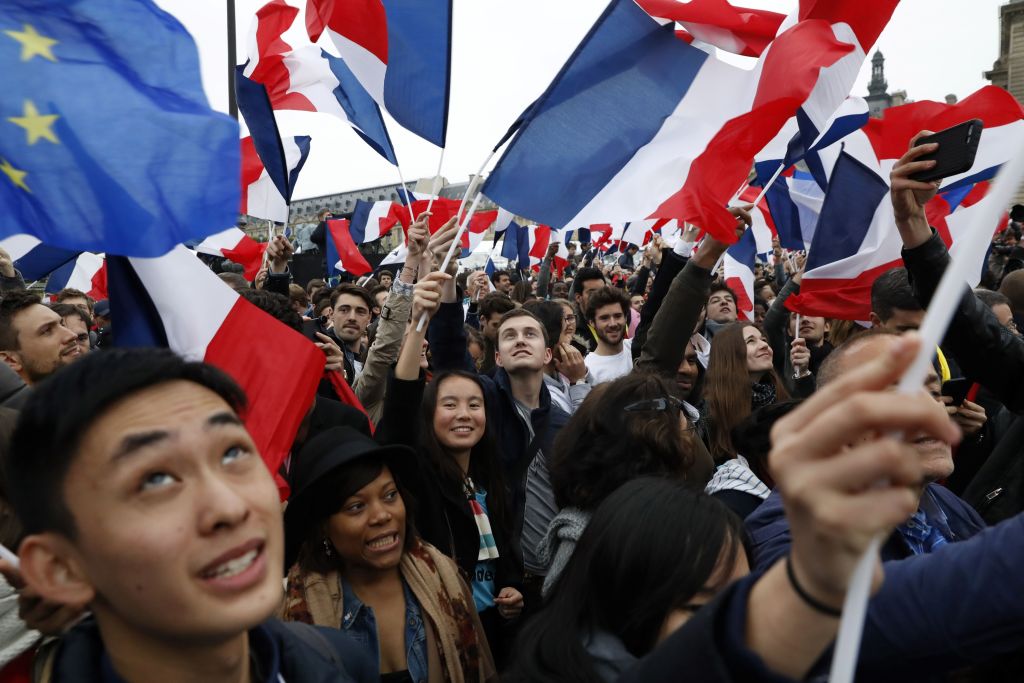 “We remain extremely concerned by the still large support for parties of the far right, not only in France but across Europe,” the president of European Jewish Congress, Moshe Kantor, said in a statement issued Sunday night after the exit poll numbers were released. He also wrote that the result was “a victory against hate and extremism” by the French people.

Le Pen had vowed to ban the wearing of Jewish and Muslim religious symbols in public if elected, as well as ritual slaughter and the serving of pork-free dishes in school cafeterias. Last month she also said France was “not responsible” for its police’s collaboration with the Nazis in capturing Jews and sending them to death camps. She favors a shutdown on immigration from Muslim countries.

Marine Le Pen has distanced the party from the racist rhetoric of her father, Jean-Marie Le Pen, who founded the National Front and who ran it until 2011, when his daughter took over. She kicked him out of the party in 2015 after he said a Jewish singer should “go in the oven.”

Despite the fact that Macron is not a member of the Socialist Party of President Francois Hollande, Macron was widely perceived as a continuity candidate seeking to further pursue that party’s policy of strong involvement in the European Union and a relatively tolerant approach to religious minorities.

His positions on Israel, its conflict with the Palestinians and the Middle East in general also correspond with those of Hollande’s government, he told a predominantly Jewish crowd in March during a town hall meeting organized in Paris by CRIF, the federation of Jewish communities of France.

Hollande is one of France’s least-popular presidents. Citing dismal approval ratings, he had withdrawn from the presidential race to better the chances of his party to remain in power.

The economic policies of Macron, a former banker who at 39 will be the youngest president in the history of the Fifth Republic of France, differ significantly from those of the Socialist Party. A believer in free-market economy, he is calling for an economic reform opposed by labor unions and advocates of France’s relatively generous welfare amenities.

This has alienated many left-wing voters in what could explain a historically low turnout in Sunday’s vote.

According to Le Monde, a quarter of registered voters did not show up to vote, making the turnout of 75 percent the lowest recorded in any final round of the presidential elections since 1969.