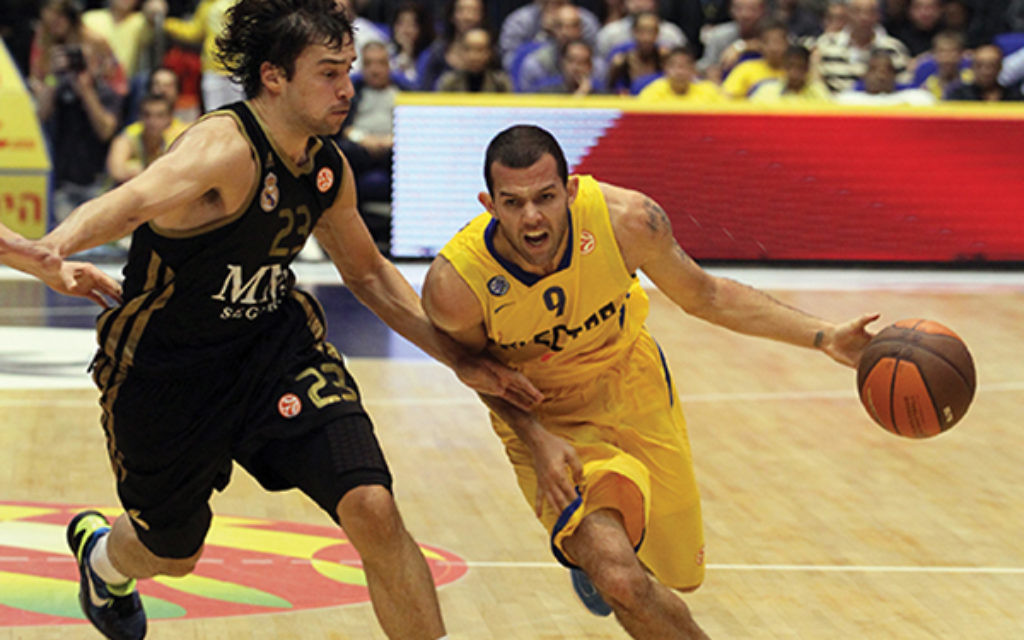 As part of an athletic tradition that is becoming an annual autumn ritual for Jewish sports fans, the Maccabi Tel Aviv basketball team will again play exhibition games in the United States. A game at Madison Square Garden on Sunday, Oct. 4, at 12:30 p.m., against Euroleague Basketball rival Emporio Armani Milan, will follow an Oct. 1 contest between the two teams in Chicago’s United Center.

Maccabi Tel Aviv, Israel’s perennial Premier League champion, is led by point guard Jordan Farmar, above, with ball , a Los Angeles native who played college ball for UCLA, then for the NBA Los Angeles Lakers in 2006-10 and 2013. Farmar, whose mother is Jewish and father is African-American, attended Hebrew school and became bar mitzvah at Temple Judea in Tarzana, Calif.

The Tel Aviv team has played preseason games, mostly against NBA teams, 20 times since 1984. Its “Euro Classic” games this year are part of the Euroleague Basketball Tour, the 13th consecutive year in which the league’s top teams are coming to the U.S.