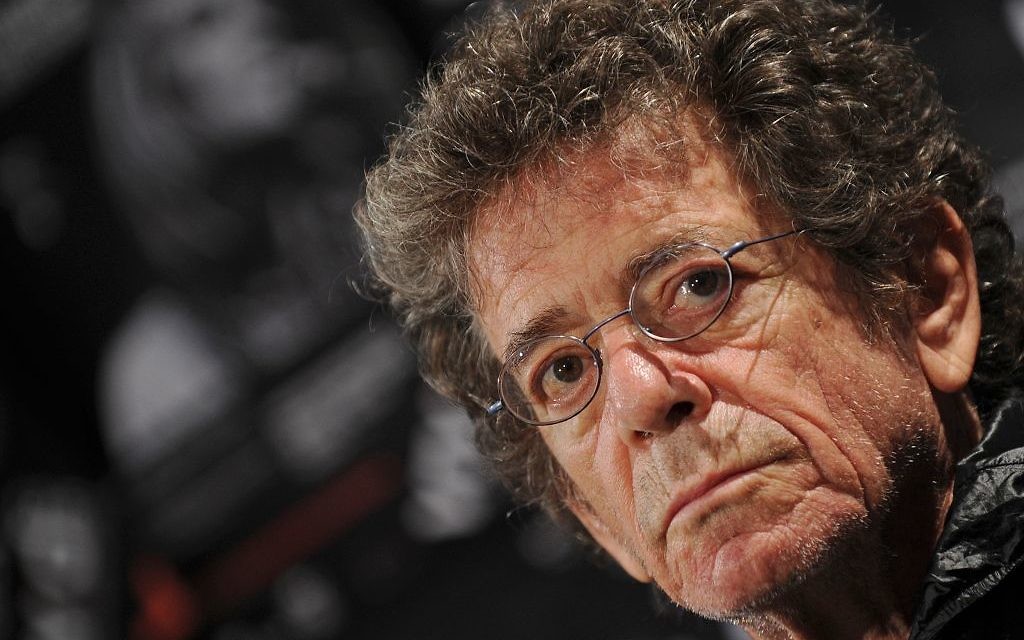 Lou participated in one of my first Downtown Seders at the Knitting Factory in 1994. In our version of this ancient ritual, we take the Haggadah and allocate the sections among musicians, thinkers, poets, political figures, etc. Each of the Four Children are represented, and I recall thinking if I should ask Lou to be the “bad” child or the “wise” child. I think that year John Zorn ended up being the bad child and Lou was the Wise Child and read one of his poems.

What was significant about that year was the fact that Lou brought members of his family — an aunt and cousin and a few others from Long Island — and took an entire table at the event. Who knew? Lou was a bit of a family man and I was honored that he felt comfortable bringing his mishpocha to this very alternative Jewish event. Over the years, and with his significant other Laurie Anderson, he participated in our big seder at Lincoln Center, several we produced at the Museum of Jewish Heritage, and again here at City Winery. He always was the Wise Child and always read a special poem — from Edgar Allen Poe’s “The Raven” to Bob Marley’s “Exodus.”

My relationship with Lou (who died Sunday of liver disease at 71) started when music producer Hal Willner brought him by the construction site of the new Knitting Factory in Tribeca in the fall of 1993. I was both nervous and excited to be giving a tour of our upgraded venue to a musician I had long listened to and who was so important to the history of rock music. Somehow, he did a show there soon after opening and we overly packed the joint. After that, over the next six years he played many special shows at the Knit. During that run, we started drinking a lot of Pinot Noir together, in particular, Domain Drouhin, which was supplied by the photographer Timothy Greenfield-Sanders who was shooting much of Lou’s life around then. We did several big Pinot dinners at Montrachet, which was around the corner from the club, with the band after shows.

One of my favorite memories was Lou calling me and saying he wanted to bring former Czech Republic President and poet-playwright Vaclav Havel to John Zorn’s Masada show. He knew the space, and asked that we take the upstairs balcony, which held about 50 people, and set up a little food and drink, as he was “hosting” his friend. A few hours before the show we got another call from the office of Madeline Albright, the secretary of state expressing interest to join Havel at the concert. Next thing you know, lots of different Secret Service folks show up.

There was lots of buzz, and Lou and Vaclav finally arrive. We go upstairs, about five of us and eight large Czech guys — Havel’s security detail. The show starts and Masada is killin’ it. Then the secretary of state shows up — lots of noisy commotion, more Secret Service. Some formalities happen between he heads of state, and Zorn stops the show. He looks up at us, the entire room goes quiet and looks up at the balcony, and he says, “Shut the f— up.”

All the Secret Service folks were about to draw their weapons, Havel and Albright stopped talking, and Lou, who was standing with me off to the side, looked at me and we both started laughing very quietly. He put his arm around me to shield both our laughter and also not have Zorn get madder at us.

It was a highlight of my life. The band continued and everyone was quiet. Lou had a smirk and twinkle in his eye for the rest of the night, and we had a new bond.

Almost as good was the night my wife Sarah and I went to Lou and Laurie’s apartment for dinner. We were very excited to get invited over, just us. We brought a magnum of the Domain Drouhin 1994 that I had secured just in time, and totally ironically, Lou had done the exact same (and there are not than many 1.5m magnums of this stuff out there). Now three liters of wine is doable to drink by four adults in an evening certainly, but Sarah was pregnant with our twins, but not showing or telling anyone yet, so our deal was she would secretly give me her wine glass throughout the evening.

After the first bottle and not yet eating, I had essentially one bottle in me and was getting loopy. Then we decided to not eat there and bring the second magnum to The Spotted Pig restaurant around the corner from their house. There, it was harder to sneak Sarah’s full glass to me to empty, but we did. Laurie didn’t drink at our same pace and finally in some moment of release from inhibition, after a few years of being pretty close, I finally had the drinker’s nerve to ask about some stories from the Velvet Underground. I had always wanted to be cool and not ask, but it finally came out. He was a great sport and told me some things; unfortunately, I can’t remember much detail or the rest of the night.

The last time I saw Lou was when he participated in our Downtown Seder this past March, and he certainly seemed weak getting up on stage. But once he started reading his poem, the energy, humor and genius that he was came out loud and clear. I am grateful for having had connected with this special man — my Wise Child. Rest in peace, Lou!

Michael Dorf is the founder of the Knitting Factory and founder and CEO of City Winery. He is a member of The Jewish Week board of directors.