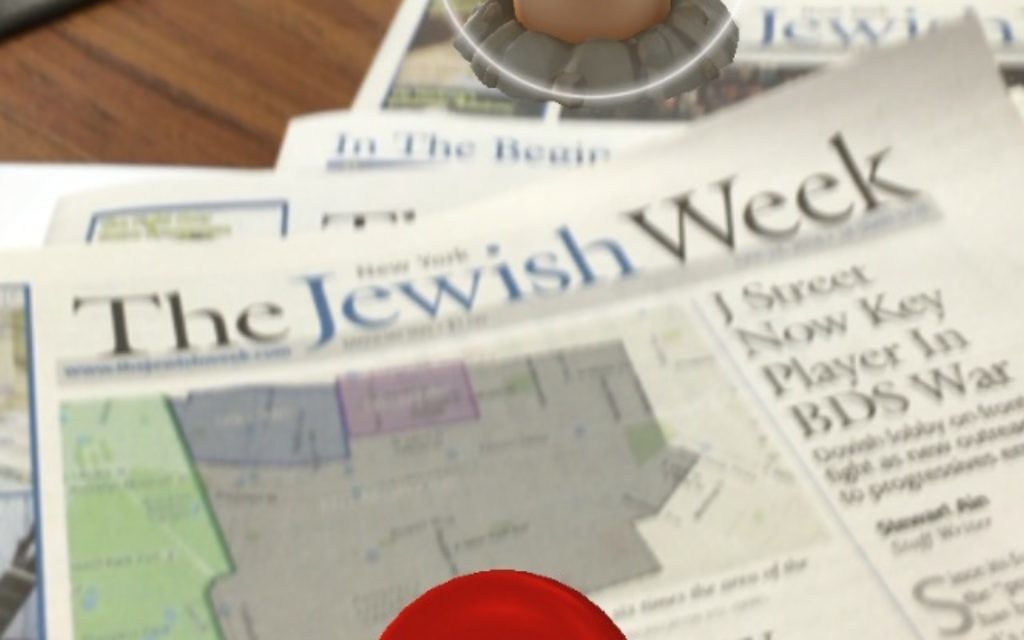 All over the world, gamers are flocking to Jewish landmarks — not in an effort to learn about Jewish history or pay homage to Jewish ancestors, but to catch Pokemon.

The famous video game that was launched two decades ago and made popular on Gameboy devices is making a triumphant return to public consciousness as a mobile application, Pokemon Go. Pokemon Go, which was created by Niantic and The Pokemon Company, was released five days ago and is already taking the world by storm. The most popular and downloaded app in the iOS app store and Google Play since it launched last Thursday, Pokemon Go is an augmented reality game. In other words, the game occurs in the real world. You have to walk outside and roam around to find Pokemon which then appear on your screen as a part of your natural environment using your phone’s camera.

The Pokemon, which can be anywhere, are popping up abundantly near Jewish sites. Twitter users have reported finding Pokemon in Jewish memorials and museums, kosher delis, synagogues, Jewish Community Centers, Chabad houses and even Jewish cemeteries. A number of twitter users even mentioned crashing a Jewish wedding, just to try to catch ‘em all.

So if you see some strangers at your tisch, they aren’t trying to turn up for some l’chaims — they just want to level up using Pokeballs. That new customer at 2nd Avenue Deli? He’ll take that pastrami sandwich as long as it comes with a side of “pikachu.” What about that potential new congregant wandering around the synagogue’s grounds? Well, the only thing he or she is praying for is to evolve a “bulbasaur.” And those gamers flocking to the local JCC just want to use the Pokemon gym, so that they can become the next Ash (could it be short for Asher?) Ketchum.

Many "Pokestops" are located at Jewish landmarks across the city. Photos via screenshots

Some Jewish sites are trying to capitalize on the opportunity. The Jewish Historical Museum in Amsterdam is encouraging Pokemon Go users to come to the Museum to catch Pokemon. The Jewish Museum of Maryland is posting pictures of Pokemon found in their museum. The Katie & Irwin Kahn JCC in Columbia, South Carolina is offering rewards for any Pokemon found in their abode. President of Israel, Reuven Rivlin posted a picture of a "meowth" Pokemon in his office on Facebook.

A Pokemon found in the office of Israel's president, Reuven Rivlin. Photo taken from Facebook

Not all Jewish institutions are finding it approrpiate for visitors to play the game in their midsts. The US Holocaust Museum in Washington D.C. came out stronly against those who partake in the activity while in the museum. Andrew Hollinger, who is the communications director for the museum, told the Washington Post that "playing the game is not apropriate" and that they are trying to find out if they can get the museum "excluded from the game."

The “Pokestops,” which are used to pick up items in the game, are located next to real world sites, usually some type of landmark. The game uses Google maps and data from other games to determine which sites should be used as “Pokestops.” This has led some to find Pokemon in some surprising locations. Facebook users have reported sightings of Pokemon at the Kotel in Jerusalem.

Pokemon are appearing in front of the Kotel. Photo taken from Twitter via @michaeldickinson

According to an online report from New York Magazine, one user found a Pokemon while touring Auschwitz concentration camp. That any person would play a videogame in Auschwitz, a place synonymous with death and horror, speaks to users’ obsession with the game.

There have been other instances of gamers finding Pokemon in peculiar places. There was a pink Pokemon named “clefairy” found near the Westboro Baptist Church, an organization infamous for its homophobic views. Another user searching for a Pokemon in Wyoming stumbled upon a dead body. A more nefarious use of the game was the armed robbery by Pokemon Go users in Missouri, who used the game to lure their victims to remote locations before robbing them of their possessions.

The makers of the app, Pokémon Company International and Niantic, have responded to these incidents by issuing the following warning to users: "We encourage all people playing Pokémon GO to be aware of their surroundings and to play with friends when going to new or unfamiliar places. Please remember to be safe and alert at all times."