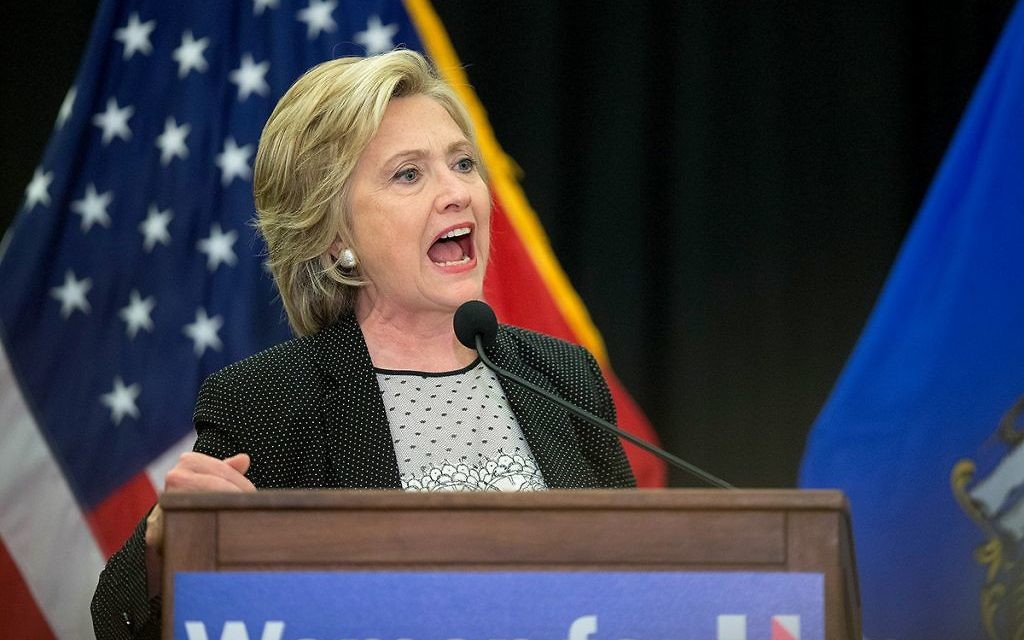 Despite a months-long and intense debate in the Jewish community over the Iran nuclear deal — one that consumed organized Jewry and led to a bitter split over what will likely be President Obama’s signature foreign policy achievement — a new poll shows that American Jews appear to have far more pressing issues on their minds than Iran’s nuclear program or the U.S.-Israel relationship.

Asked in a new American Jewish Committee poll to rank the three most important issues that will affect their vote in the 2016 presidential election, 42 percent of those polled named the economy, 22 percent said healthcare and 15 percent said national security. Seven percent of respondents ranked U.S.-Israel relations as their top issue.

And less than 4 percent listed Iran’s nuclear program as their top concern as they consider their vote in 2016.

The upshot: Even after a bruising and wildly expensive debate over the Iran deal, which split New York’s congressional delegation and featured intense lobbying against the agreement by Israeli Prime Minister Benjamin Netanyahu, the vast majority of American Jews, according to the AJC poll, tend to see elections through the lens of domestic policy issues; they tend not to be single-issue voters.

“For some Jews, it could be that the Iran issue is rolled into the issue of national security, which ranked higher than Iran,” said the AJC’s executive director, David Harris. “For others, it could reflect more normative American voting behavior — that, at the end of the day, many people cast their vote based on domestic issues.”

Which is not to say that American Jews like the Iran deal, or the direction the U.S.-Israeli relationship is headed. Or the job President Obama is doing managing that relationship.

Reflecting the deep divisions in the community over the deal, 50.6 percent of those polled said they approve strongly or approve somewhat of the Iran deal, which eased crippling economic sanctions on the Islamic republic in exchange for Iran dismantling much of its nuclear capability for a period of 10-15 years. Those who disapprove strongly or disapprove somewhat of the deal tallied 47.2 percent. The difference is within the poll’s margin of error.

The divisions in the Jewish community, Harris pointed out, are increasingly predictable based on several “sub-group” factors: religious affiliation, political party affiliation and how important being Jewish is in one’s life. For instance, Harris continued, “Democrats are overwhelmingly in support of the Iran deal, while Republicans are overwhelmingly opposed. That may be the best single predictor of Jewish attitudes.”

For Harris, “the real story here is the growing and discernable gaps in sub-group data. In effect, they speak to more than one Jewish community.”

On the question, How confident are you that this agreement will prevent Iran from developing nuclear weapons?, 33.2 percent of respondents said not at all confident, 30.7 percent said somewhat confident and 30.1 percent said not so confident.

Supporters of the deal argued that it would make Israel more secure, while opponents — sometimes invoking the Holocaust — suggested that it would leave the Jewish state in grave danger. American Jews, the poll said, seemed to side with the latter argument. Asked, Will Israel’s security be more threatened or less threatened by the Iran nuclear deal?, 42.8 percent of respondents said more threatened, 17.9 percent said less threatened and 37.8 percent said the threat level to Israel would stay the same.

And on the issue of the ability of the United States and the International Atomic Energy Agency to monitor Iran’s compliance with the deal, American Jews remain skeptical. Nearly 44 percent of those polled said they were very confident or somewhat confident, while 54 percent were not so confident or not at all confident.

But when it came to laying blame for the rising level of tension between the two countries, 28 percent of American Jews said the fault was America’s, 9 percent said Israel and 14.5 percent said both equally.

Regarding the 2016 presidential field, Hillary Clinton was the runaway favorite of American Jews. Nearly 40 percent of those polled chose her as their first choice out of a list of the four Democratic hopefuls and 10 GOP hopefuls. Clinton’s top challenger, Sen. Bernie Sanders of Vermont, was the second choice, garnering 18 percent. Billionaire businessman Donald Trump was the third choice (10 percent), while Jeb Bush polled fourth (9 percent).

The poll, the AJC 2015 Survey of American Jewish Opinion, questioned 1,030 American Jews from Aug. 7-22, when the Iran debate was reaching a fever pitch and a Congressional vote on the deal neared. The survey, which was released last week on the eve of the High Holidays, has a margin of error of plus or minus 4.7 percent.

Nearly 49 percent labeled themselves as Democrat, 19 percent Republican and 32 percent Independent. Forty-five percent of those polled said they are liberal or lean liberal, 22 percent said conservative or lean conservative. Thirty-four percent described themselves as moderate/middle of the road.

“Every four years,” AJC’s Harris said, “the Republican Jewish Coalition says, this is our year. And every four years they’re disappointed.” He pointed out that President Barack Obama, both in 2008 and 2012, garnered a large majority of Jewish votes.

“The Democratic Party,” he said, “is still home for many more American Jews than the Republican Party, despite all the hopes of the GOP.”