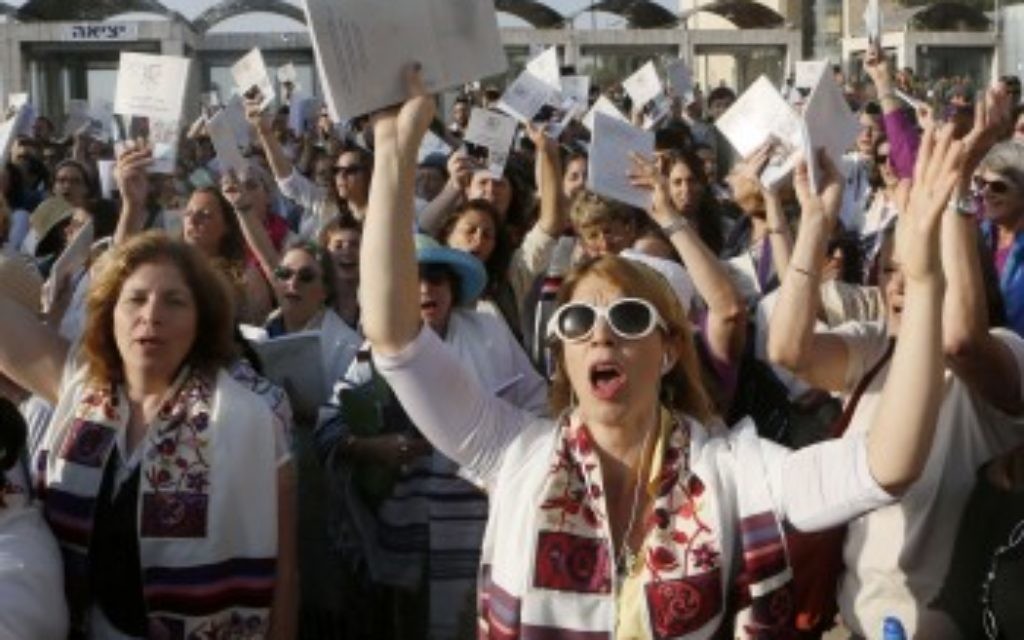 Ten longtime members of Women of the Wall are protesting the organization’s agreement to meet at Robinson’s Arch if certain conditions are met.

In a public statement Friday, the protesting members said the Women of the Wall board betrayed the group’s fundamental mission with its decision earlier in the week.

“We remain committed to the Kotel, the place sanctified by the memory, prayers, and hopes of Jews for 2,000 years,” read the statement, using the wall’s Hebrew name. “We remain unalterably committed to the right of all Jewish women to pray together in the ezrat nashim [women’s section] at the Kotel with tallit and tefillin, reading from the Torah scroll.”

The board had decided by majority vote to agree in principle to pray at the Robinson’s Arch area next to the Western Wall Plaza should the government meet several of the group’s demands.

Officials from Women of the Wall told JTA that the decision to conditionally embrace Robinson’s Arch was motivated by concern over possible legal and legislative challenges. Members of Knesset have been attempting to pass legislation restricting the group’s rights.

The pushback against the group’s decision has exposed significant divisions within Women of the Wall — between advocates of pragmatism and pure ideology, between activists in Israel and North America, and between the group’s current and past leaders. All but two of the opposing statement’s 10 signatories live in the United States and Canada.

“This is a useful way of having the group pay attention to what we’re saying,” said Phyllis Chesler, a founder of Women of the Wall who lives in New York. “What we’re hoping for is a more transparent and democratic process that will clarify what the basic vision and principles are of this group.”

Women of the Wall’s leadership, including Chairwoman Anat Hoffman, long opposed moving the group to Robinson’s Arch – a solution first proposed in a Supreme Court ruling 10 years ago. Hoffman had called it “the back of the bus” and insisted on the group’s right to stay in the women’s section.

But with the government moving forward on a plan to expand and renovate Robinson’s Arch for use by non-Orthodox prayer groups, the board voted 9-2 to accept the Robinson’s Arch solution should it fulfill several criteria — among them that the new section equal the existing plaza in size, budget and facilities and be overseen by a pluralist body of Jewish leaders.

The vote allows Women of the Wall to negotiate with the government over the area’s layout and management, and puts it in line with the Reform and Conservative movements, which support the plan.

Hoffman suggested that some of the signatories are not as sensitive to pragmatic concerns.

“It’s fine that people who are not close to these challenges voice their opinion, the pure ideological opinion,” Hoffman said.

“It’s easier for them and it’s good that we hear it. It’s an advantage that they’re far from the political differences.”
Chesler called Hoffman “dictatorial.”

“None of us in the Diaspora were on the board, and I don’t think that’s right,” she said. “These signatories are significant players in the history of this struggle, and none of them are on the board. Many of the Diaspora women are in Israel very often. Jews are coming and going.”