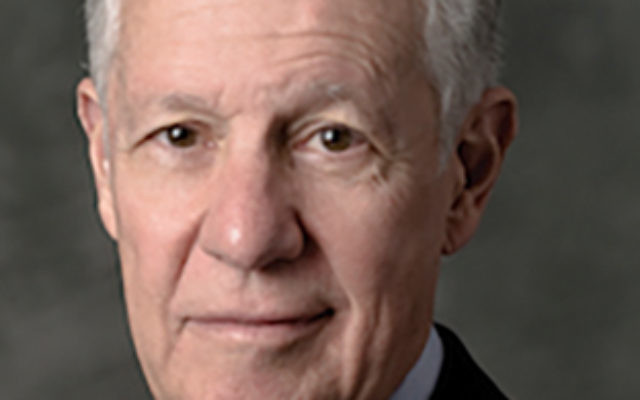 In my “Chair’s Corner” column in the Summer 2010 issue of the Anti-Defamation League’s Frontline magazine, I observed that “it’s lonely in the center,” and bemoaned that “the world is getting more and more polarized.”

Five years later, not much has changed. Indeed, if anything, it’s worse.

In the Iran debate, with a few notable exceptions, the Jewish community was either vociferously for or against the deal. Some in favor branded those opposed as “war mongers.” Some opposed compared those in favor to Neville Chamberlain.

The Iran issue has faded into the background as the violence in Israel erupted and continues. Even as the community is unified in its concern for the safety of the people in Israel and its condemnation of the incitement of Mahmoud Abbas, the dialogue deteriorates when there are suggestions of other possible contributing explanations for the violence.

Compare the following: A front-page article in The New York Times on Oct. 17, headlined “East Jerusalem, Bubbling Over With Despair,” chronicled “the frustration and alienation underlying this new uprising.” The Times significantly relied on the views of Abu Hamed, a “successful [Palestinian] businessman who lives in the Sur Baher neighborhood.” He complained of “sprawling Jewish enclaves that he said were ‘built on our lands,’ and the ugly barrier erected that splits Sur Baher from the occupied West Bank.”

While two paragraphs in a 32-paragraph article acknowledge the impact of the “toxic incitement” found in textbooks in the local schools until a few years ago, there is no mention of Abbas’ incendiary rhetoric — “We welcome every drop of blood spilled in Jerusalem. This is pure blood, clean blood, blood on its way to heaven. … Al Aqsa is ours, and the Holy Sepulchre is ours, all ours. They have no right to defile them with their filthy feet…”

An op-ed piece appeared two days later, in the Daily News, by Professor Daniel Gordis, a senior vice president of Shalem College in Jerusalem. He wrote: “What’s most sobering is the fact that this new round of violence has made it clear, once again, that this conflict is simply never going to end … and [is] the newest battle in the War of Independence that Israel has been fighting for 68 years now.” He concludes by asking: “Why? Is it because Israelis do not want peace? Is it because we do not understand that our future would be better if Palestinians could have a democratic, functioning state? Is it because we’re oblivious to their legitimate complaints? No. It’s simply that we know, with no doubt, that for our enemies, this is a conflict not about borders but about our very right to be here. We know that, overwhelmingly, the Arab world is still committed to driving us out of this land.”

As a quick look at websites and blogs in the Jewish organizational world demonstrates, our community is similarly split along ideological lines. Those on the right justifiably decry the violence, but they don’t address even those complaints they acknowledge are legitimate. Those on the left, with some exceptions, justifiably urge measures to deal with the frustrations that they believe are contributing to the violence, but they don’t meaningfully decry the violence.

It doesn’t have to, and shouldn’t, be this way. About Iran, Prime Minister Netanyahu’s recent statements suggest that he will move past his outspoken opposition to the deal and, based on his recent meeting with President Obama, focus on enhancing the already robust military and intelligence cooperation between Israel and the U.S. It appears the meeting has paved the way for joint planning of strategies to deal with the serious challenges that Israel and the U.S. face — how to counter Iran’s continued, indeed increased, sponsorship of destabilizing forces in the region, and the increasing strength of ISIS and al Qaeda in Syria, among others.

As to the situation in Israel, there are signs that lead to the conclusion that neither the left-of-center view represented by the Times article nor the right-of-center view represented by Professor Gordis is accurate. In a June 2015 poll by a respected polling group, 51 percent of Israelis and Palestinians supported a two-state solution. What that says to me is that there is an obvious split in the views of Israelis and Palestinians and that those on the left need to do more than just describe the injustices faced by the Palestinians; they need to condemn the present incitement by Mahmoud Abbas and other Palestinian leaders and respond to the views of Professor Gordis. And, those on the right need to stop asserting with certainty that they know the true Arab worldview; they need to acknowledge, not simply dismiss, the “legitimate complaints”  — Gordis’ words — of the Palestinians and suggest how those complaints can be addressed.

Until this happens, I will remain “lonely in the center.”

Robert Sugarman is a past chair of the Conference of Presidents of Major American Jewish Organizations and of the Anti-Defamation League. The views expressed are his own.