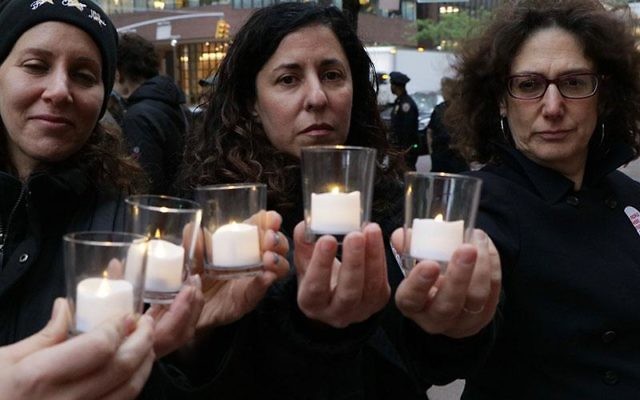 Participants in the vigil hold yahrzeit candles in memory of the St. Louis passengers who died in the Holocaust. Courtesy of HIAS

About 80 people assembled outside the Manhattan offices of Senators Kirsten Gillibrand and Chuck Schumer on Tuesday night for a vigil in support of refugees. Over 20 synagogues in Manhattan were represented at the vigil, which was organized by a coalition of New York congregations in conjunction with HIAS. The vigil, one of 22 across the country, marked the 78th anniversary of the St. Louis being turned away from the United States. A second NYC vigil was held in front of Brooklyn Borough Hall.

The St. Louis carried 937 Jewish refugees who fled Europe expecting refuge in Cuba. The ship’s passengers held documents issued by the Cuban government, which were revoked a week before the ship set sail. The owners of the ship knew that the documents were no longer valid but the passengers were not informed until they reached Cuba and were not allowed to disembark. The refugees were eventually released in England, Holland, and Germany, but 254 of them were later killed in the Holocaust.

Mark Hetfield, president and CEO of HIAS, noted the significance of the St. Louis incident in bringing about modern conventions to protect refugees that are now being attacked. Modern protections for refugees “came out of the lessons and the shame of the St. Louis,” he said. “At that time there were no protections for refugees, and today there is, but that law is under threat. 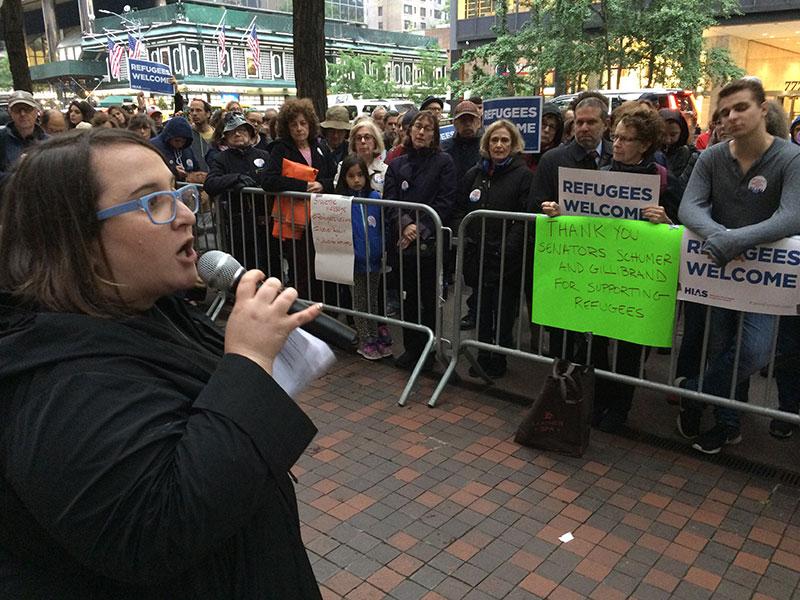 Dozens of protests and vigils have been organized in Jewish communities across the country since President Donald Trump issued his executive order on immigration in January. HIAS organized the National Day of Jewish Action for Refugees in February and, along with the International Refugee Assistance Project, has brought legal challenges to the executive orders. Protests have also been staged by other Jewish organizations including T’ruah: The Rabbinic Call for Human Rights and Bend The Arc Jewish Action.

The senators were each represented by members of their staff. Gregory Smiley from Senator Gillibrand’s office, an immigrant from Jamaica, assured the attendees that their advocacy “did not go unnoticed.” Hetfield said it was important for senators to “lead on this issue” and to maintain their focus on immigration amidst today’s political turmoil. 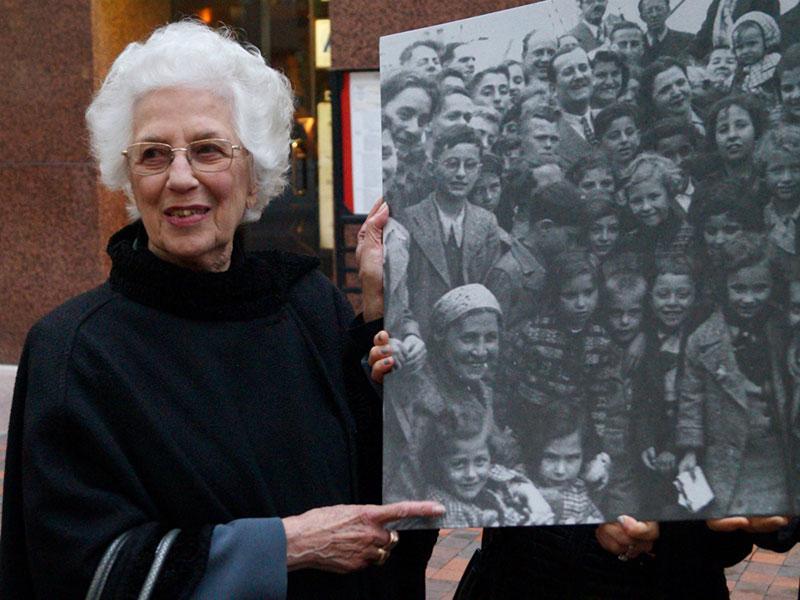 Sonja Maier Geismer, who was a passenger on the St. Louis when she was five years old, holds a photo of herself. Courtesy of HIAS

Amy and Arnold Weintraub, members of the Upper West Side’s West End Synagogue, said they came to the vigil as an expression of their Judaism. “I feel very strongly that as a Jew it’s my responsibility to support people who are fleeing from persecution,” said Amy Weintraub. Her husband, who had previously worked for HIAS as a social worker assisting refugees from the Soviet Union, agreed. “Like the Torah states, you were slaves in the land of Egypt, so it seems that there’s a Torah mandate to do something like this,” he said.

Pam Mendels, one the speakers, told the story of her mother, Gertrude Scheuer, who travelled on the St. Louis to reunite with her fiancée, Ms. Mendels’ father, in the United States. Her mother “could see the lights of Miami” as the passengers waited to be admitted to the U.S. and were eventually sent back to Europe. Gertrude was saved by a Catholic family in the Netherlands and eventually was reunited with her fiancée, who was serving in the U.S. army at the time. 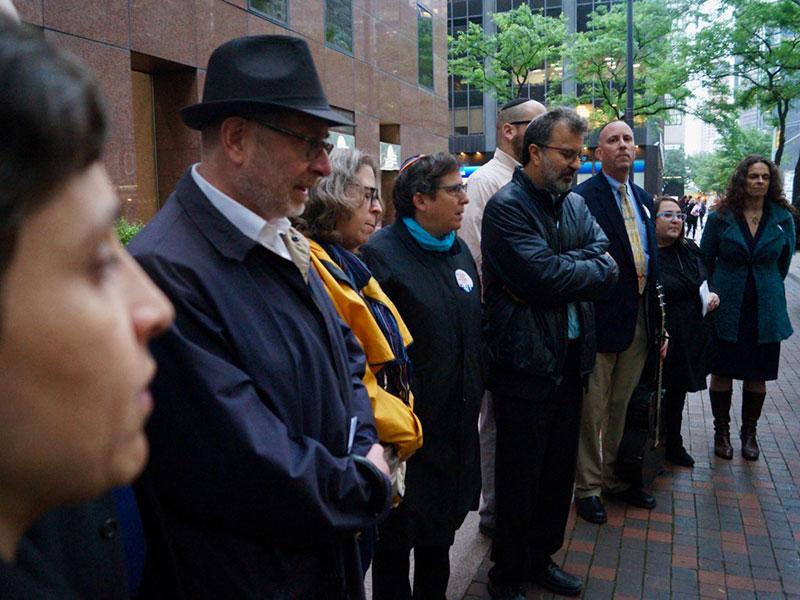 Rabbis recite the mourner’s kaddish at the vigil. Courtesy of HIAS

Other speakers also told anecdotes about St. Louis passengers, interspersing stories from the 1930s and 40s with the present day. The older attendees hummed along as Cantor Natasha Hirschhorn sang Irving Berlin’s composition of Emma Lazarus’ “Give me your tired, your poor.”

Sandy Cheiten, chair of the synagogue coalition that organized the vigil, called on Congress “to oppose actions to restrict, defund, or halt the refugee program” and thanked Senators Schumer and Gillibrand for their work on this issue.

Rabbi Rachel Grant Meyer, executive director of community engagement at HIAS, ended the vigil by calling on the White House to welcome refugees. “When the White House threatens to shut the doors of our country to refugees, we have just two words. Never again.”

“We’re inheritors of a prophetic tradition that says we have to stand up for righteousness and wholeness in the world and repair brokenness,” said Rabbi Joel Mosbacher of the Upper East Side synagogue Shaaray Tefila, whose grandparents came to the United States as refugees from Europe. “We can’t just espouse those values in the pews and not live them in the world.”