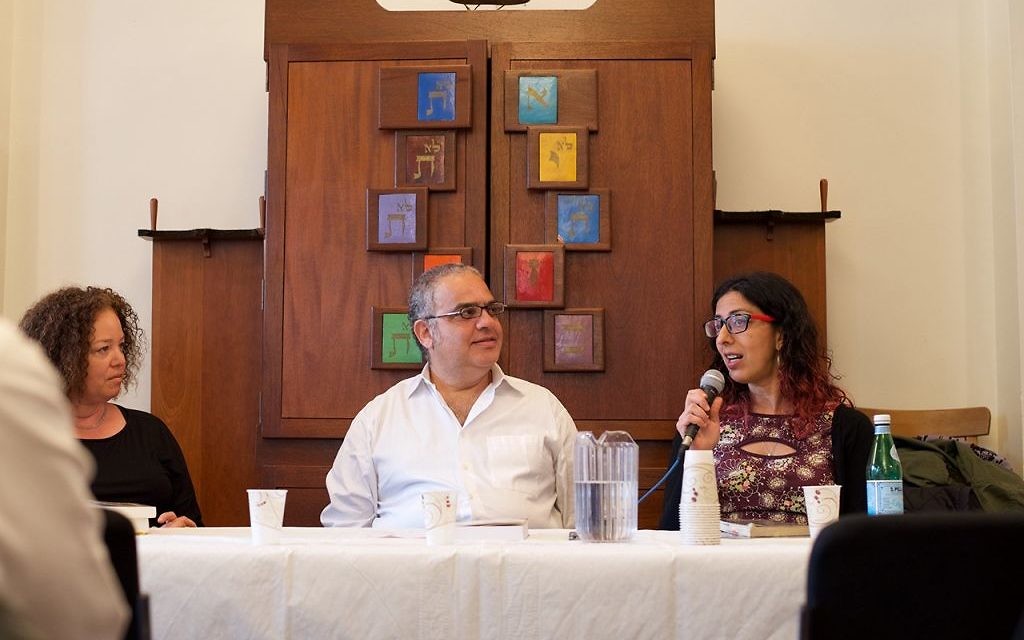 The life of the imagination can take writers on any number of different journeys. But what happens when real life takes native Israeli authors to live and work in the English-speaking lands of the United States and Canada?

For one thing, they keep on writing. For another, they can find themselves at the center of controversy.

Case in point: Last year, the Israeli-born author and current New York Upper West Side resident Reuven Namdar won Israel’s highly prestigious Sapir Prize for his second novel, “The Ruined House.” It was the first time the honor — which includes a generous cash award — went to an Israeli who does not make his home in Israel.

It may also be the only time. Responding to criticism over the award going to an expat, the Sapir Prize administrators revamped the eligibility rules to exclude anyone whose main residence is not in Israel — a decision that spurred a furor of its own. But perhaps what was most striking about the entire brouhaha was the attention it brought to certain facts on the ground: a number of Israeli writers are, indeed, working, living and thriving in different communities outside of Israel, including in the United States, Canada, Germany and elsewhere.

Highlighting this phenomenon, three prominent Israeli writers now residing in New York, California and Toronto took part in a recent panel discussion at New York’s Ansche Chesed synagogue: Reuven Namdar and Maya Arad, both of whom write in Hebrew, and Ayelet Tsabari, who writes in English. As if to dramatize the complexity of living in different languages, the event was presented twice, one after the other, in two iterations — one in Hebrew, the other in English.

And there was another twist: in the Hebrew session, Arad and Namdar read excerpts from their works in the original language in which it was written, Hebrew, in contrast to Tsabari, who read a Hebrew translation of a story originally written in English. The second session reversed the equation. Still, the common experience they shared was living in translation.

“It is strange, not easy to read [my work] out loud in English,” said Namdar, whose book is being translated into English by the highly regarded writer, scholar and translator Hillel Halkin and is slated for publication in the United States in 2017. But it was also gratifying, he quipped, to find his audience laughing in the right places, whether in Hebrew or English.

The general phenomenon of expatriate writers is by no means new: think Hemingway and Fitzgerald in 1920s Paris. Nor is switching the language one chooses to write in: Born in Ireland, Samuel Beckett lived most of his adult life in Paris and wrote in both English and French. Just this past year, the Indian-American Jhumpa Lahiri, brought up in Rhode Island, decided to swap out writing in English for the language of Italy, where she now lives. When her latest book appeared in English, it was in translation from the original Italian.

But the idea of an expat Israeli — writer or not — carries baggage that these other examples do not. The very language used to describe Israeli expats can sting. While Jews who move to Israel from different parts of the diaspora are said to make aliyah (literally, to ascend), Israelis who move away from Israel are described as yordim (people who descend). Although the judgment is less intense today than in the past, all three writers on the panel agreed that it remains in the background.

When people ask Arad if her children speak Hebrew (the answer is yes, they do), she sees the question as ideological. “You can take me out of Israel, but I am still and always Israeli,” she said. Currently writer-in-residence at Stanford’s Taube Center for Jewish Studies, Arad has lived abroad for 22 years. She is the author of several highly acclaimed books, starting with her 2003 novel in verse, “Another Place, a Foreign City,” and most recently “Suspected Dementia,” which is currently in the process of being translated into English by the well-known translator Jessica Cohen, for whom she has nothing but praise. “I never thought to write fiction in English,” Arad says. “Even writing the preschool newsletter” when her children were young was excruciating, she said.

Tsabari describes at times feeling that interviewers bring “a sense of accusation that I write in English rather than in Hebrew,” even though she spends two months each year in Israel, and Hebrew remains her mother tongue. She moved to Canada when she was 25, about 17 years ago. At first, she tried writing in Hebrew, but no longer immersed in the spoken language, she felt “stripped” of her tools, in a kind of limbo in regard to her writing. Then someone suggested that writing in another language might be likened to transferring from one art medium to another, like switching from painting oils to watercolors. At first the notion sounded crazy, she said, but the transition has worked.

Her writing is “informed by the in between-ness” of being both Israeli and Canadian. “You’re never quite here or there.” The tension between the familiar and the unknown, the search for comfort and familiarity amid the displacement of immigration from one country to another (including, in many stories, Mizrahi families in Israel) are among the themes of her short story collection, “The Best Place on Earth,” which won the 2015 Sami Rohr Prize for Jewish Literature. Unlike the Sapir Prize, it is not limited to residents of any single country. “Israeliness seeps into everything I write,” she says.

Namdar, who arrived in the United States after his army service, admits that the decision to change the Sapir Prize rules felt personal. “I am very invested in Israel and very invested in the Hebrew language,” he said. “Yet I feel it alienating” when someone suggests that by living in New York he’s “not Israeli enough.”

He believes a larger conversation is now beginning to explore a broad array of issues: “Can you be a good Israeli living abroad? Is it really relevant what language you teach your children? … In some ways it could be a good thing for Israeli culture to spill over and become more universal,” he says. For instance, part of the news his books bring back to Israel is the rich spiritual life and cultural experience of American Jewry. Living abroad also opens writers to the literature of other countries — and in return brings an awareness of Hebrew and Israeli literature to a broader audience, as well.

David C. Kraemer, professor of Talmud and rabbinics and librarian at the Jewish Theological Seminary of America, who attended the session, sees the emergence of expat Israeli writers as “healthy. … Carrying the Israeli identity abroad should be affirmed because it shows that it is an established entity,” he commented. “One of the great things about leaving home is that it allows you to look back with a different perspective.”

As for the larger perspective of Hebrew literature, there are some “definitely gifted” writers among this global cohort, says Nili Gold, associate professor of modern Hebrew language and literature at the University of Pennsylvania. But whether or not the phenomenon of expat Israeli literature makes a lasting impact on Israeli literature remains to be seen. “We need to sit and wait and maybe the picture will be clarified in time.”

Meanwhile, you can start reading and begin to judge for yourself.