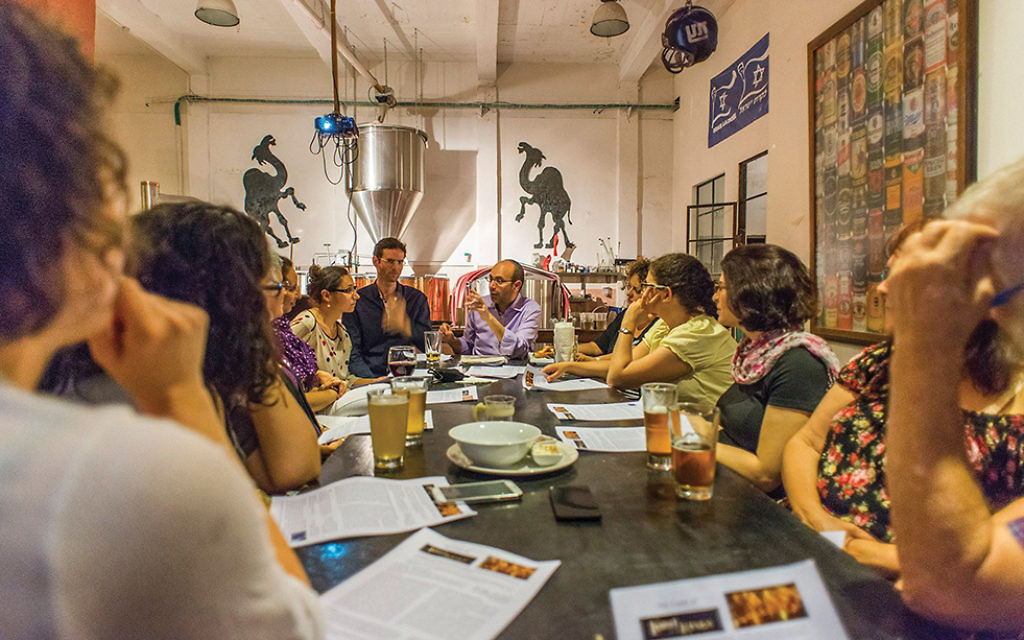 Limmud is finding a home — in Tel Aviv, of all places.

Fresh off the city’s first-ever Limmud conference in the spring, and as the city sheds the stereotype of a fiercely secular, even anti-religious cultural hub, organizers are already planning next year’s event.

Reached this week, Tal Grunspan, the 34-year-old founder and chair of Limmud TLV, now part of the global grassroots Jewish learning movement, said “things are cooking” for next year.

Grunspan emphasized that the festival “is just one part” of a year-round Limmud experience he and his team are developing. “It’s a great magnet but there are so many other things around it. Right now we’re working on creating and expanding the community of volunteers, who are the core group of our learning community, and interesting others.”

It took 35 years for Limmud to come to Tel Aviv — the movement was launched in England, and has already made stops in Jerusalem and even such far-flung Israeli locations as the Arava, Beersheva and the Galilee. But May’s event drew more than 400 Israelis, most in their 20s and 30s and from every shade of the Jewish spectrum, to the Academic College of Tel Aviv-Jaffa and the Ruth Daniel Residence, also in Jaffa.

The two-day event offered 120 mostly Hebrew sessions, including “Fifty Shades of Shavuot,” “Is Jewishness an Eating Disorder?” “Is James Bond Jewish?” and “Queering Judaism: Redefining Judaism as a Culture of Inclusion.”

Grunspan said Tel Aviv residents are much more open now to a Jewish-themed event than in years past. What an increasing number of secular Tel Avivians have discovered in recent years, he said, is that Judaism “isn’t just a religion. For me it’s peoplehood and culture and text and tradition,” but not faith or religious observance. “It’s possible to be Jewish in many different ways.”

Benji Lovitt, a professional Tel Aviv-based comedian who has presented many sessions at Limmud conferences around the world, said Tel Aviv is molding its own form of Jewishness.

“There is so much great Jewish stuff going on in Tel Aviv — “Kabbalat Shabbat on the beach, new minyanim, the largest Shabbat dinner in history just a year ago,” Lovitt said. “I think people are craving an alternative form of Judaism or maybe it’s the influence of a growing number of immigrants; the city is becoming less and less of the anti-religious stereotype that it’s made out to be.”

Limmud TLV’s ability to tie the ancient to the modern seems in step with these changes. During a chevruta session (a learning session with a partner) on the shmitta sabbatical year, in which the Torah instructs Jews in the Land of Israel to allow the Land to lie fallow, Ayala Simchoni Reves, the instructor, said the values related to shmitta speak to the environmental concerns held by many Israelis. “Shmitta,” Reves said, “reminds us to give respect and thanks to the land and to nurture it.”

Grunspan, who says next year’s Limmud TLV will take place prior to Passover, was gratified by the positive feedback from veteran Limmud volunteers, but even more so from friends who were totally unfamiliar with Limmud and not affiliated Jewishly.

“They came because of personal friendships and were curious. They said, ‘We weren’t sure what it would be like but it was amazing and I’m looking forward to the next one.’”